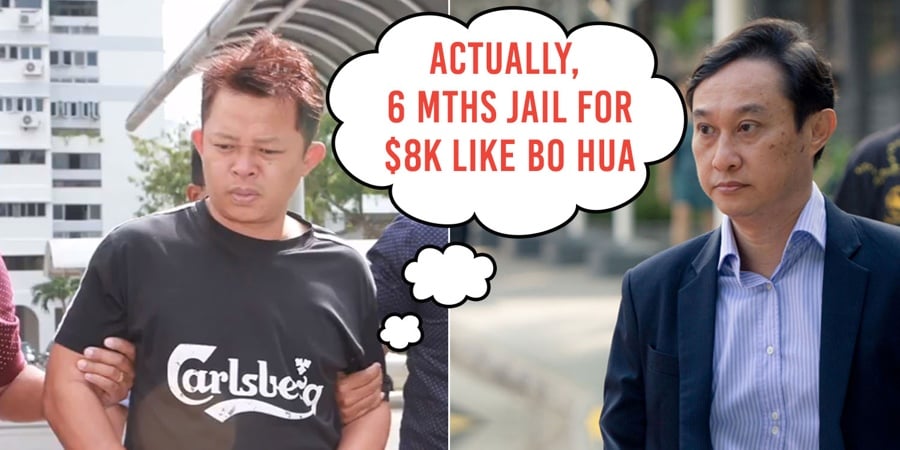 City Harvest’s ex-manager Chew Eng Han faced due reckoning when he was apprehended for attempting to escape Singapore via a motorised sampan.

Now, the Malaysian man who masterminded his escape attempt has been sentenced to 6 months’ jail.

Chew, on the other hand, is only expected to appear in court in May, for a pre-trial conference.

Malaysian police nabbed Khoo in JB, after a warrant was issued by Singapore’s State Courts.

He was then handed over the Singapore police on Monday (26 Feb).

Let’s take a closer look at the shady details of their illicit deal which were unearthed during the court hearing.

Mr Khoo Kea Leng, a 45-year-old Malaysian, was charged with one criminal offence under the Immigration Act.

He pleaded guilty to accepting $8,000 cash as a deposit for helping 57-year-old Chew abscond from his scheduled entrance to jail.

The illicit deal was made near East Coast Park, under Block 75 Marine Drive.

Which is presumably where they agreed that Chew would escape to Malaysia, and sealed the deal with cash.

Unfortunately, Chew and his sampan pilot 53-year-old Tan Poh Teck, were arrested the next morning for fleeing the country via Pulau Ubin — an unauthorised point of departure.

Although $5,000 cash, fishing equipment and multiple SIM cards were found on their boat, they vehemently denied the charges, saying they were fishing.

Chew Eng Han Attempts To Flee Singapore In A Sampan, One Day Before Jail Term Begins

Who could forget their vehicle of choice? The infamous motorised sampan, which spawned a plethora of memes the following day.

How about Chew & his sampan driver?

Chew Eng Han was slated to begin serving his 3 year 4 month jail sentence on 22 Feb, for participating in the misappropriation of millions of City Harvest Church funds.

He’s currently expected to appear in court on Thursday (3 May) for a pre-trial conference.

We’ll be watching closely for the possible additional jail sentence that could be dished out to Chew for his failed escape attempt.

One thing’s for certain, the sampan escape industry has been dealt a major blow this time around.

As for Mr Khoo, this netizen’s comment sums up his predicament beautifully.