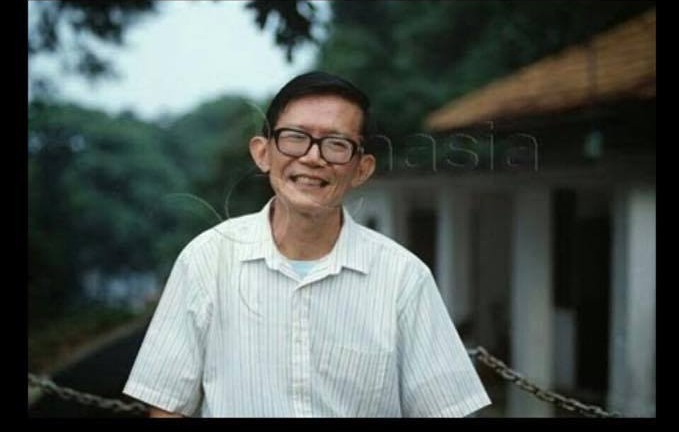 A group of political activists and opposition politicians have nominated Singapore’s longest-held political prisoner Chia Thye Poh for the Nobel Peace Prize, to highlight his fight for political freedom.

Former Singapore Democratic Party member and Bangkok University professor James Gomez said he nominated Chia in January and was confirmation it had been received and registered.

Political activists said to media that they hoped the nomination will “open the door for a reassessment of Singapore’s history and the role dissidents played.”

The man who spent 22 years behind bars

Chia Thye Poh, now 74, was arrested and detained under the Internal Security Act on on 29 Oct 1966 for conducting pro-communist activities against the government. He spent 22 years in jail, mostly in solitary confinement, without charge or trial until 1989.

For 19 years, the government gave no explanation for Chia’s detention. In 1985, the explanation finally came. Chia was accused of leading a called for the revival of an armed struggle.

Chia was a physics graduate and worked for awhile as a secondary school teacher. He then returned to Nanyang University as a graduate assistant. At the time of his detention, Chia was a member of parliament for the Barisan Sosialis (Socialist Front) opposition party.

On Feb 1963, more than 100 left-wing political activists whom the Singapore government feared were fueling the communist insurgency were arrested in what is now known as Operation Coldstore. Chia became one of the politicians who came forward to replace those arrested as candidates as elections were due in September that year.

Chia had always insisted that his views were not communist, but anti-colonialist. In early October 1966, he and eight other Barisan Sosialis MPs quit the Parliament over the decision by the ruling People’s Action Party (PAP) to split from Malaysia. He boycotted the parliament to allegedly organise street demonstrations and strikes, which were viewed as further evidence of his communist involvements.

On 29 October 1966, Chia Thye Poh, and 22 other Barisan Sosialis leaders were arrested and detained under the Internal Security Act. This was the second round of arrests, since Operation Coldstore in 1963. Chia was detained specifically for his role in organising and leading a street procession on 8 October.

Chia recalled a different version of events. He said that troubles began after PAP suddenly announced Singapore’s split from the Malaya Federation in 1965.

“The separation was never discussed in parliament. There was no referendum. We protested and asked for a convening of parliament,” Chia was quoted saying in a news report.

While in detention at ISA, Chia was reportedly subject to intense interrogation.

They first put him in solitary confinement, transferring him from one prison cell to another. They even incarcerated him in what was called the “dark cell”. It was totally dark and quiet, leaving him without any knowledge of night or day. To intimidate him, he was told that prisoners held in the dark cell would go insane in just a few days.

On one of his first nights in the cell, he could hear someone in the next cell violently kicking the cell door as if s/he had gone insane. He was also subjected to day-long interrogations in a freezing cold room and was deprived of reading material for a long period of time.

After he was released in 1989, Chia spent the next nine years on Sentosa Island, where he was placed on internal exile. He stayed in a former guardhouse where he had to pay for his own rent and food. In 1990 and 1992, his restrictions were gradually relaxed to allow him to visit mainland Singapore daily and eventually reside with his parents.

Chia has often been quoted as the longest serving political prisoner, exceeding the 27 years that late South African leader Nelson Mandela was imprisoned for.

Nelson Mandela was awarded the Nobel Peace prize in 1993, but Chia is not a fan of the comparisons.

“He got out of prison and became a free man straight away,” he was quoted in news reports. “I should have been set free long, long ago. From the very beginning if they had found I had done anything wrong they should have charged me in court and offered me a chance to defend myself.”

Chia never accepted the Singapore government’s offer for him to sign a statement indicating that he renounced violence. On why he did not sign the papers, he replied to media: “To renounce violence is to imply you advocated violence before. If I had signed that statement I would not have lived in peace.”

Today, Chia is said to be living in Europe.

This year’s Nobel Peace Prize award is said to be announced on October 9 and speculations are rife that the award would go to German Chancellor Angela Merkel for her leadership efforts in the Europe’s refugee crisis.

Featured image via Facebook
With reference from SCMP, Singapore Window