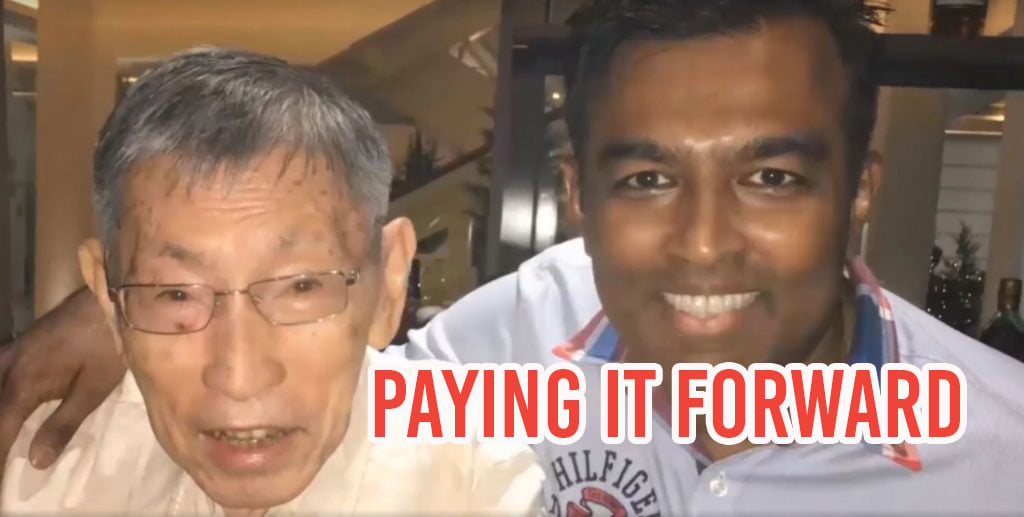 Mr Chiam See Tong, Singapore’s longest-serving opposition member of parliament, has set up a sports foundation for needy children — and one of the men leading the foundation knows first-hand that some young people need help to get a headstart in life.

Mr Jose Raymond, deputy chairman of the Chiam See Tong Sports Foundation, has actually known Mr Chiam since he was a teenager — and Mr Chiam personally paid the deposit on his family flat.

Take a look at this video Mr Raymond posted on his Facebook page:

The foundation aims to benefit at least 100 children within its first year. Here’s a photo of Mr Raymond (left) with Mr Chiam at the launch: 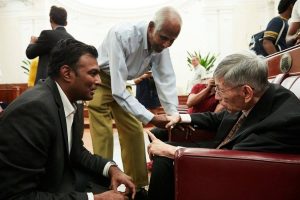 Mr Chiam was quoted by Channel NewsAsia as saying:  “Our children are our future and we must provide them with as many opportunities as possible, so that they will find many paths towards being successful, patriotic Singaporeans.”

“Sports is a unifying tool for nation-building and in building strong community bonds. We must continue to find ways to work together as a community, and to continue having faith
in our children, and in believing in them.”

Here’s a video of the launch of the foundation last Thursday (March 9).

A Man Of Action

When the veteran politician talks about giving children opportunities, he puts his money where his mouth is.

That’s what we can surmise from the video Mr Raymond posted on Facebook, where he pays tribute to Mr Chiam and shares with the public a personal story that reveals the relationship he shares with the secretary-general of the Singapore People’s Party.

The Boy In Uniform

On Dec 22, 1984, Mr Raymond recalls spending his 13th birthday at Westlake Secondary School, witnessing history in the making as Mr Chiam See Tong was voted in as Member of Parliament for Potong Pasir. 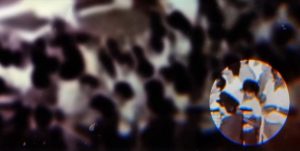 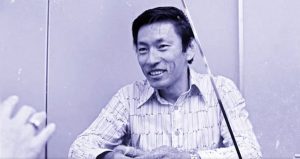 Little did he know that Mr Chiam would play an integral part in his life a few years later.

In 1990, Mr Raymond’s family flat was taken back by the HDB as his father could not pay off the mortgage due to financial difficulties.

The Raymonds couldn’t afford a deposit on a smaller flat either, so Mr Raymond’s father sought help from Mr Chiam, who handed them a cheque for the deposit.

Fast forward 27 years later and Mr Raymond, the boy who watched Mr Chiam get elected, has been appointed as the deputy chairman of his sports foundation. 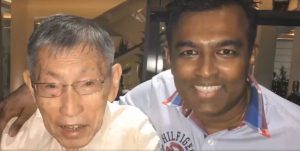 Mr Raymond is grateful for Mr Chiam, as without his help, his family would not have a place to live.

And who knows, Mr Raymond would not be the man he is — he is also vice-president of the Singapore Swimming Association. In addition to that, he served as a press secretary to a minister, chief executive of the Singapore Environment Council from 2011 to 2014, and was also the head of communications for the Asian Youth Games in 2009.

And Mr Chiam’s generosity not only helped Mr Raymond get a headstart in life, but has prompted him to carry on the spirit of giving that Mr Chiam so generously cultivated.

“This is the back story to why I give without expecting anything in return, and why I will keep being a voice for people who need it most,” Mr Raymond said in the Facebook post.

Mr Chiam, who celebrated his 82nd birthday on Sunday (March 12), is widely recognised for his magnanimous heart.

Here’s a photo of the folks from the sports foundation, including Mr Raymond and foundation chairman Ang Peng Siong, celebrating Mr Chiam’s birthday: 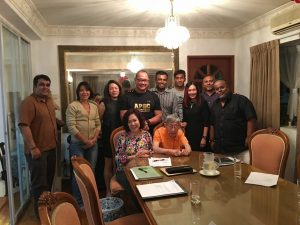 Mr Raymond’s Facebook post received multiple comments by people who had something to say about both the veteran politician, and Mr Raymond himself:

We wish Mr Raymond all the best, and may his new role help children to achieve not only their sporting dreams, but cultivate a spirit of compassion and giving just like Mr Chiam.

And as for Mr Chiam, he will always be a legend in the hearts of Singaporeans. We wish him good health and many more wonderful years ahead. 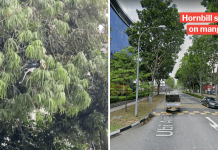 Hornbill Seen At Ubi Ave A Day Before Circuit-Breaker Measures Kick In, May Be Sign Of Nature’s Return 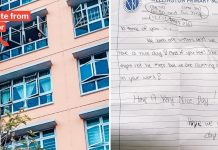