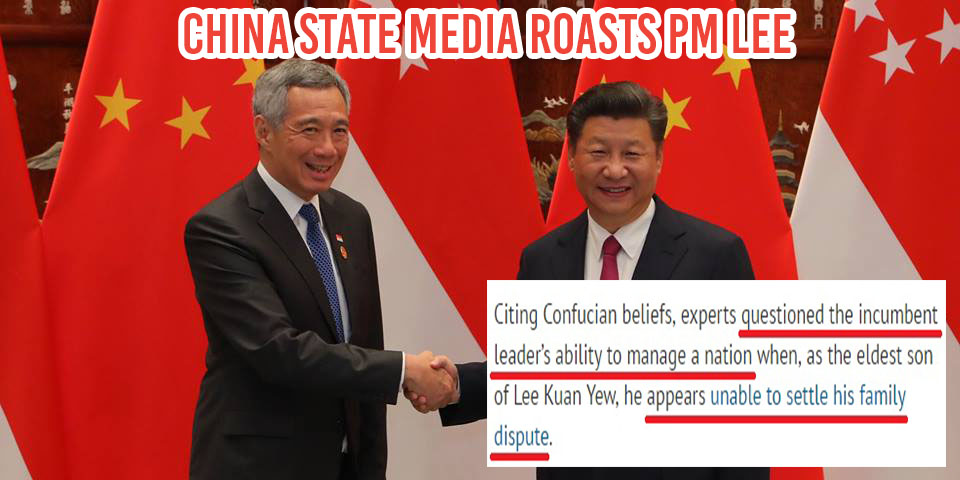 China has no chill over Lee family feud

The Lee family dispute has grabbed the attention of the international community but it is the viewers in China who seem to be glued to their seats waiting intently for “next week on The Lee Family Feud”.

From the experts in politics to nationalistic youths, China seems to have loads to comment on this saga; some even treat it like streaming a family sitcom on their computer — cracking up at every turn.

Let’s see how the situation has turned into an all-out online war among keyboard warriors — filled with vitriolic and weighted statements.

While international news have mostly reported on the details of the family dispute, Global Times has made the claim that Singapore “suffers series of failures under current PM”.

Fun fact: Global Times is under People’s Daily – the official newspaper of the Chinese Communist Party, while South China Morning Post is owned by Alibaba, a Chinese company.

A mild comment on PM Lee’s leadership has been made on South China Morning Post, drawing the link between his inability in settling a family dispute to leading a nation.

Netizens in China are more blatant about it, calling the Lee leadership a “vanguard of anti-China” and that there’s no right to have such alleged sentiments when the leadership can’t even contain family issues which have been blown out of proportion.

Some have even made the comparison between China and Singapore – China’s ruling party understands that family disputes should never be exposed to public scrutiny.

According to China, we have an “anti-China lackey of the West” for a leader

One of the most popular comments made by a netizen was calling PM Lee “an anti-China lackey ofthe West”.

China news reports have seemingly been able to expose Singapore’s vulnerable political and economic position on the international playing field, just based off the family dispute.

Can Singapore still be a role model to China?

There has been a division in China’s stand as to whether Singapore’s political model is still the best one for China.

Some people feel that Singapore can no longer be seen as a role model for China because Singapore is just a more developed “version of North Korea”.

There is still some confidence in Singapore’s government and it’s something that China can learn from. 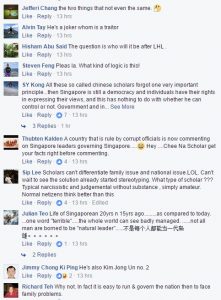 Singaporeans have equipped themselves with their keyboards and took to social media to respond to the news reports from China.

While some have agreed, most have defended Singapore’s position in each of their own ways.

While it might seem absurd to draw far-fetched links between family disputes to political leadership and making outrageous allegations of PM Lee of being a “lackey of the West”, the response from netizens in China stems from previous encounters with Singapore.

Relations with China haven’t been that great.

With the recently resolved conflict over seized Terrex vehicles and the ongoing conflict over the South China Sea, it’s only natural to use something like a political family dispute aired out in the open like “dirty laundry” to undermine Singapore’s legitimacy.

If we can be sure of one thing, China has not been very astute in their inclinations especially with chinese bike-sharing companies looking towards the Singaporean market (it’s not too late to tell them that public bikes are being thrown down from HDBs).