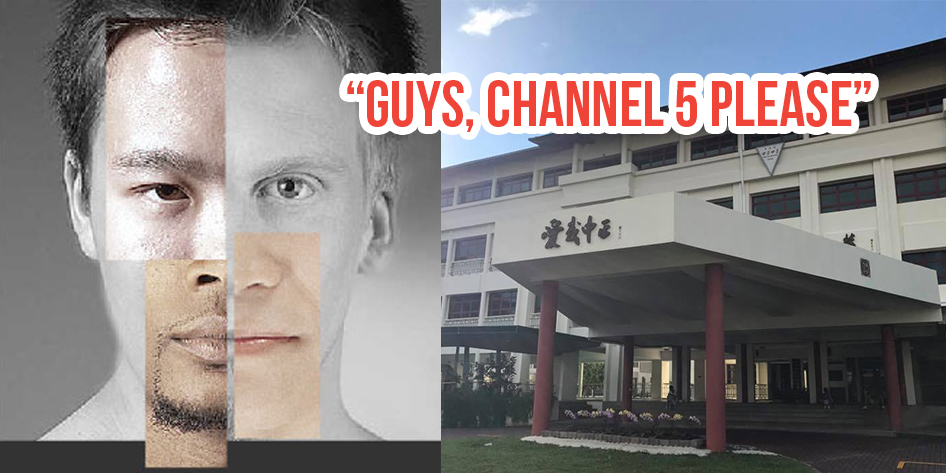 Recently, “casual racism” and the “Malayness” of our potential presidential candidates have become trending topics in social media narratives. We decided to examine the formative period of everyone’s mindset and attitude towards race issues — our schooling years.

We spoke to 7 former students of predominantly Chinese schools in Singapore who were willing to share their experiences. 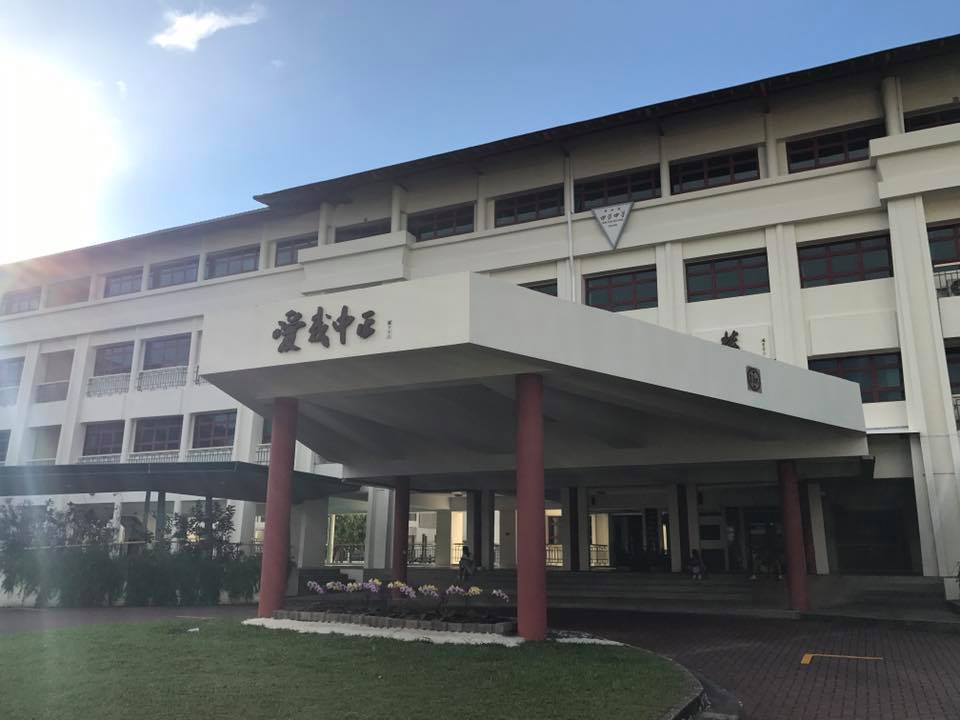 1. “Sometimes it was okay, but other times I felt insulted.”

I moved to Singapore from the Philippines 12 years ago. For both Primary School and Secondary School, I studied in Chinese schools, Yangzheng Primary and Nan Chiau High respectively. Before I left the Philippines, I took Mandarin classes thinking it would help me adapt to the new culture and environment easier. It sure did, but not entirely. When I went to school, people would speak English in class but once they were in their own cliques, I sometimes found myself lost. They would speak in a language I was not familiar with. There are times my friends would teach me how to speak in Chinese and we would all end up laughing together because my pronunciation and tone were way off. Sometimes it was okay, but other times I felt insulted.

2. “I stopped oiling my hair in Primary School because I was afraid my Chinese friends would make fun of me.”

People use a lot of Hokkien words and suddenly switch to talking Chinese while I’m just there like, “shén me?’ (translated in English: What?) It’s putting up with racial slurs such as “you’re black, you look like literal poop, etc.” even though you want nothing more than to educate them because you fear being labelled as being too sensitive. I have to endure people pronouncing my name wrong, and not be bothered to correct it when I tell them how to say it. But this is not for all, just the entitled ones. It’s also having CNY celebrated in a really grand manner while the other cultural/religious festivals are very muted or even worse, not acknowledged.

There’s also a strong need to assimilate into the “cooler” Chinese culture/way of being. I stopped oiling my hair in Primary School because I was afraid my Chinese friends would make fun of me.

3. “Regardless, once you show your own personality… there won’t be any problems.”

I went through predominantly Chinese schools for both Primary and Secondary. I feel that there were many problems faced especially during the first few days or weeks because people were still unsure of what kind of person I was. Also, some people were not used to having someone of a different race in their class. Actually, my sister was also bullied in Year 1 because of a guy who used to make racist remarks about her. Regardless, once you show your own personality and you break the negative stereotypes that some Chinese may have of other races, there won’t be any problems. Moreover, they, in turn, will be able to gain a better understanding of what different people are like and how they should be treated.

I studied in Chung Cheng High School (Main) for 2 years from Sec 1 to 2. Being Korean, I didn’t look too different from all the other Chinese kids in my school, and I did learn Chinese since Primary 1 so I didn’t struggle too much during Chinese lessons.

But whenever I told people that I was Korean they’d give me the curious “oooooh”s and I can’t remember the number of people who asked me to teach them Korean. I think more teachers and students knew me as “that Korean girl” rather than my name. Also, whenever I spoke to my mum on the phone people always stopped to stare, or enthusiastically remarked: “IT’S LIKE I’M WATCHING A KOREAN DRAMA!” I didn’t really mind anything, my school life was quite like any other Chinese student besides the occasional attention.

I think that I was really lucky to have had a normal experience being Ukrainian-Chinese in my Secondary School and JC (Junior College). I didn’t have any bad encounters, and my classmates treated me the way they would treat any other person. The only thing that stuck out to me is how my accomplishments or my actions would (rarely) be attributed to either one of my races, and not because of me or my effort if that makes sense. So for example, if I did well in school, I would hear some people saying “Oh, because she got China blood what.” Or if I didn’t act as conservative and restrained as other people, then they would say “Of course ah, she’s European.” But honestly, by the time I heard that, I was already quite thick-skinned and just wouldn’t let it bother me!

6. “…I was made fun of because of my different accent or pronunciation of words.”

I was enrolled in a Chinese school in Primary 1. It was very different from where I came from, The Philippines. The main challenge was adapting to the school culture here in Singapore. I still remember my first week in school when I was made fun of because of my different accent or pronunciation of words. I felt hurt and insulted and that’s when I slowly learnt the way they spoke and do things.

Well, being in a Chinese school is a good learning experience and I have learnt so much which helped me adapt to the culture and environment here in Singapore.

I feel that my experience in Nanyang Junior College (NYJC) was bittersweet. I chose my JC based on the fact that it was my best match for my O-level score and hardly put any thought into its Chinese core. Only when I consulted my friends did I realise that the general language of conversation was going to be Mandarin. However, the teachers were very professional and only spoke to us in English. Maybe this was specific to my experience because my class was littered with minority races.

Yes, there have been instances where my friends got a little too engrossed in their conversation and switched to Mandarin. It’s easier for them to express their views more accurately I hear. But I’ve always felt that it was just natural and not done out of spite whatsoever. Usually, the typical ‘eh guys channel 5 please’ would prompt them to laugh and switch back to English.

However, I cannot discount the issue that being an Indian in a Chinese school did have its downside too. I was subjected to many instances of ‘casual racism’ where my friends would make fun of my darker skin tone and my weak attempts to learn Chinese. I still don’t think that they really meant the jokes, but they were a little annoying since you do hear the same lame jokes repeatedly and get a little frustrated.

When joining a Chinese school, I believe that one has to take a few things with a pinch of salt. Not everything is bound to go your way, but if you maintain a good attitude and an open mind, I’m sure that you’ll have a fun time like I did.

In general, there seem to be a plethora of experiences faced by minority races in our society today. Some good, some bad and some downright ugly. The people who have come forward to share their views do agree that on the whole, every encounter with casual racism has strengthened their resolve to promote understanding and foster better relationships with those around them.

If you’ve grown up in Singapore, you may remember celebrating Racial Harmony Day, which was on July 21 this year.  The day we parade around school dressed in multi-racial costumes, sample global cuisines introduced by our teachers and try our hands at traditional games like 5 Stones and Sepak Takraw. 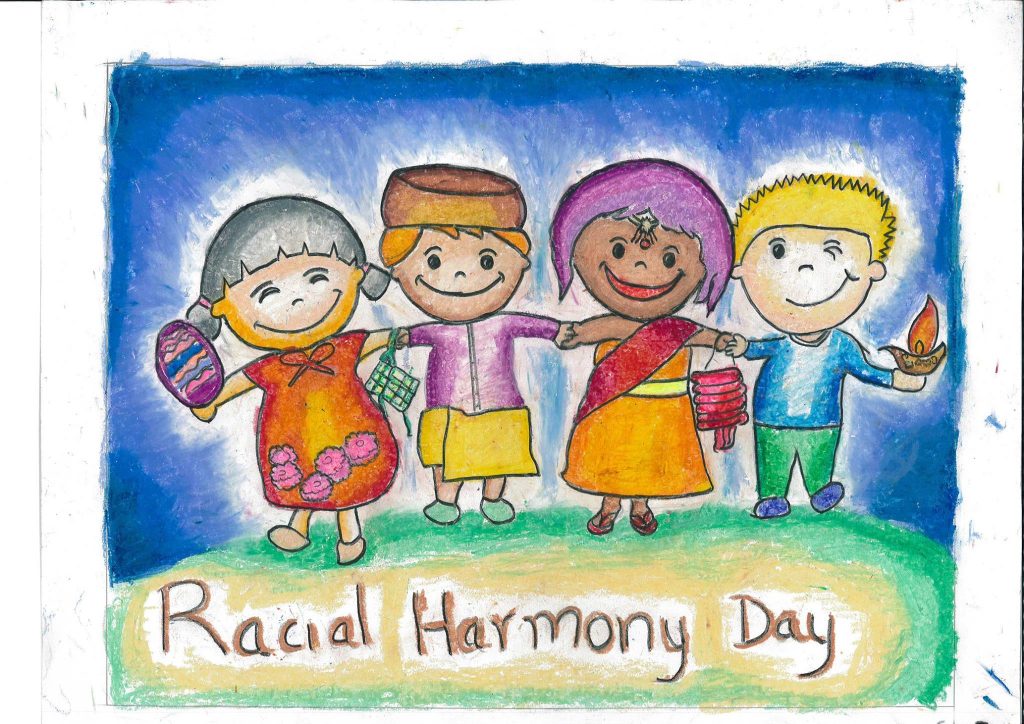 Whether this is enough to ensure that we continue to live in a truly racially inclusive society is a question that begs to be answered.

If you’ve experienced casual racism in your school, we’d love to hear from you in the comments below or via e-mail.