Must Share News – Independent News For Singaporeans
Home News Jeannette Chong-Aruldoss Suggests Alternative Taxes That Target The Rich, Instead Of A... 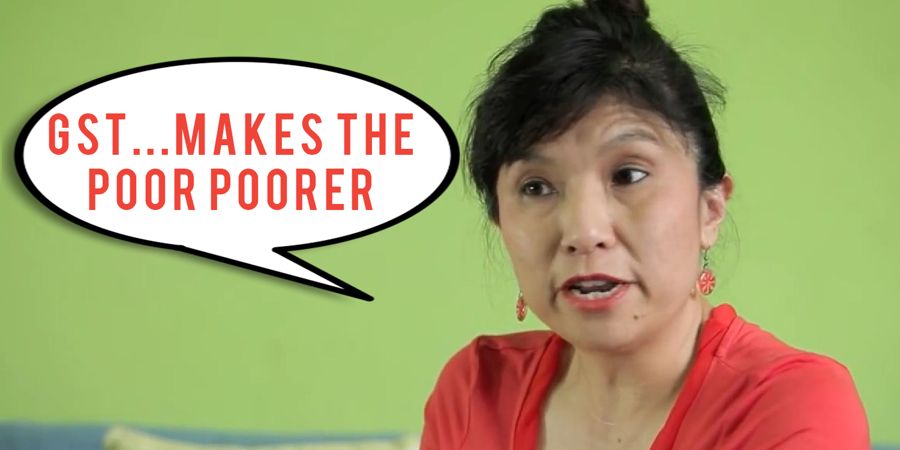 If you’re wondering what kind of taxes are going to be raised, well its probably our favourite kind, Goods & Services Taxes (GST). If that happens, there is probably only one thing that we can do.

However, one Singaporean decided that she would not take the potential GST hike without putting up a fight. Enter Singapore People’s Party’s Jeannette Chong-Aruldoss.

In a blog post on 30 Nov, the politician questioned why the government is potentially employing a tax that has disproportional effects on the population.

Why make the poor poorer?

The lawyer instead proposed two alternative taxes which would tax the Singapore population more proportionately and make Robin Hood proud.

The CGT is a tax which is levied on profits made by a person when an asset is sold. Ms Chong-Aruldoss pointed out that this tax is currently not employed with the exception being when a person openly trades in the property market for gain.

She added that the tax is also applicable to profits gained from the “buying and selling of shares or other financial instruments”.

Another tax which could be employed is the ED. The ED is levied on the total market value of a person’s assets, both cash and non-cash, when a person passes away. It was introduced in colonial times, and was supposed to prevent the accumulation of wealth by a particular family. Curiously, ED was practiced in Singapore up to 2008.

In 2008, then Minister for Finance Tharman Shanmugaratnam argued that the ED was being removed as “it would encourage wealthy individuals from all over Asia to bring their assets to Singapore”. This would promote spending by these individuals in the Singapore economy.

The Finance Minister also argued that Singaporeans had worked hard, paid their taxes, and saved the remaining sum from their families. By imposing the ED, all these hard work would be washed down the drain.

However, Ms Chong-Aruldoss pointed out that the ED would affect the rich more than the poor, given that they have more assets.

Well, it is highly unlikely that such taxes will be employed in Singapore given that it would deter rich investors from spending their money here.

Now, let’s observe a moment of silence since for the money that will soon depart us.