Must Share News – Independent News For Singaporeans
Home News The CIA Has Released Declassified Documents Which Include Their Views On Notable... 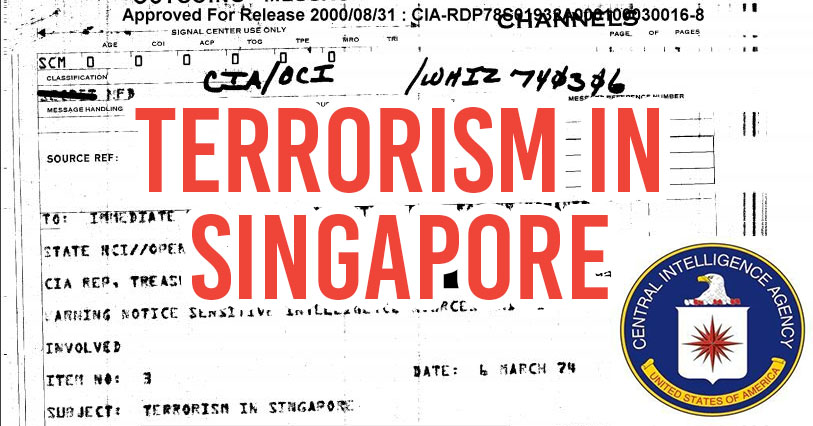 The United States Central Intelligence Agency (CIA) has just released newly declassified documents on its website, and many of them are related to Singapore.

The number of documents released amount to up to 13 million pages, according to the BBC.

The CIA is required to declassify records that are 25 years old, unless they are made exempt. That means new documents are released every year.

This year, however, is the first time that the documents have been made available online. Prior to this, the documents were difficult to access. They were only available in original format, on four computers in the back of a library inside the US National Archives in Maryland, Annapolis.

Here are some of the documents released that Singaporeans may be interested in. 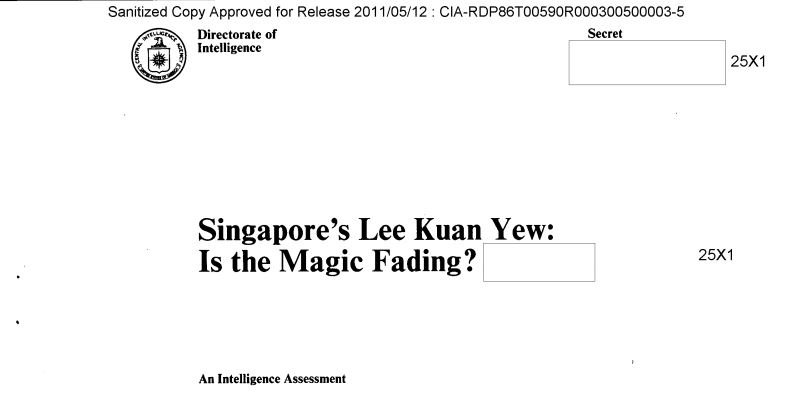 The document includes what the CIA deems to be his concerns for the future, moves to ensure economic resurgence and finesse his succession, among others.

The CIA had previously monitored Mr Lee and his wife Kwa Geok Choo as early as 1950, according to this intelligence report on prominent Chinese people in Singapore.

Another document describes a meeting between Mr Lee and then US President Richard Nixon on April 10, 197,3, as reported by then Secretary of State Henry Kissinger. The head of Tiger Balm organisation and newspaper publisher had collaborated with the Japanese during the war and aligned himself with causes that could contribute most to his advantage, according to this document.

He also built Haw Par Villa with his brother. 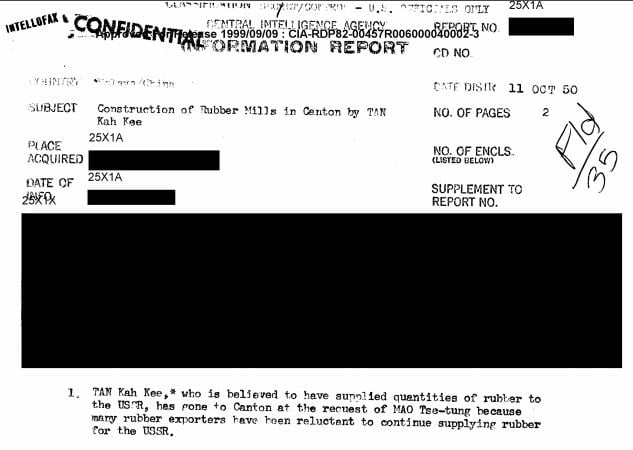 According to this document, businessman Tan Kah Kee was believed to have supplied rubber to the USSR and went to Canton at the request of China’s Chairman Mao Zedong.

A document on terrorism in Singapore, dated March 6, 1974, predicted that there would be an attack on an oil facility on an offshore island or a Singapore airliner. 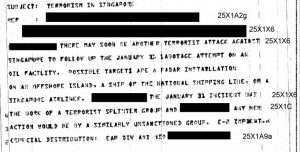 Another document related how a CIA spy got caught in Singapore because his lie detector got plugged into an overloaded circuit, blowing out the lights in a hotel. 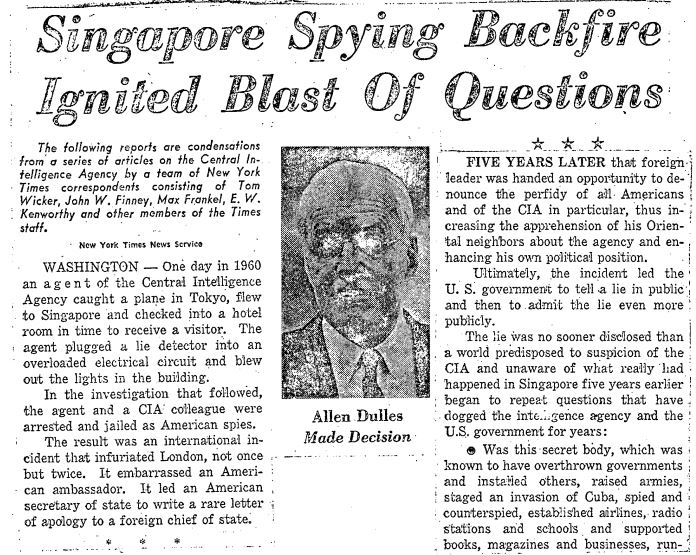 There are also notes on Singapore’s government in the 1950s due to Communist influence, accompanied with detailed reports on post-war and its pre-independence situation, including the structure and function of the government, political dynamics and national policies, among others.