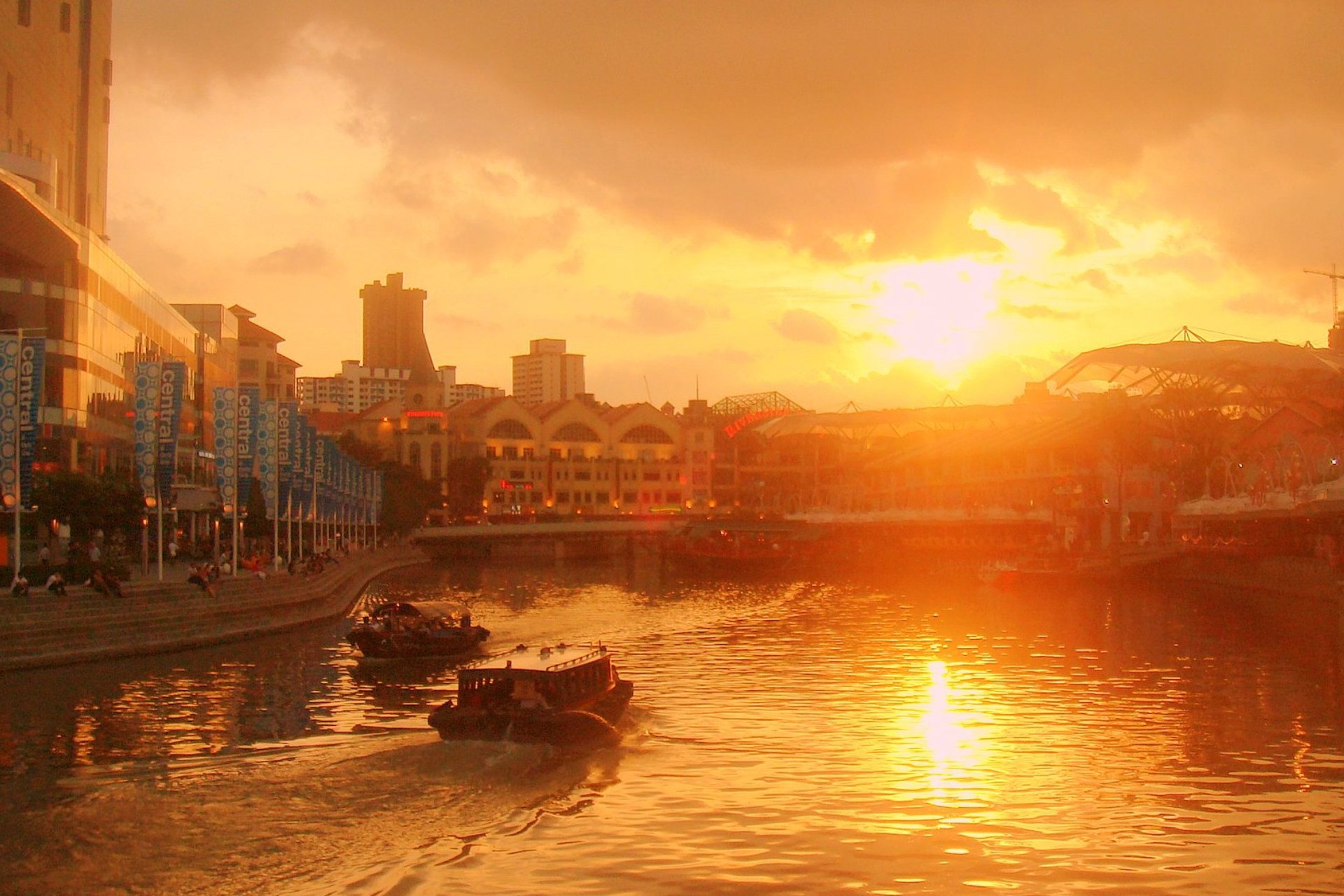 The global warming threat is real, and will materialise sooner than we expect.

A new study by British research firm Verisk Maplecroft has revealed that rising temperatures and humidity brought about by climate change puts Southeast Asia at great risk of significant loss of productivity, due to rising “heat stress”.

Over the next three decades, Southeast Asia could lose 16% of its labour capacity, as rising heat stress could result in absenteeism caused by nausea, fatigue, dizziness and even death.

Among the worst hit would be Singapore and Malaysia, seeing a 25% and 24% productivity decrease respectively. Indonesia follows closely after, with a 21% dip. Cambodia and the Philippines are predicted to have a 16% drop in productivity, and 12% for Thailand and Vietnam.

If you think the heat in Singapore now is unbearable, think again.

According to the research firm, Heat Stress Days are “defined as the number of days per year on average on which the wet bulb globe temperature (which is primarily dependent on humidity and temperature) exceeds 25 degrees celsius, signifying unsafe levels of heat stress”. 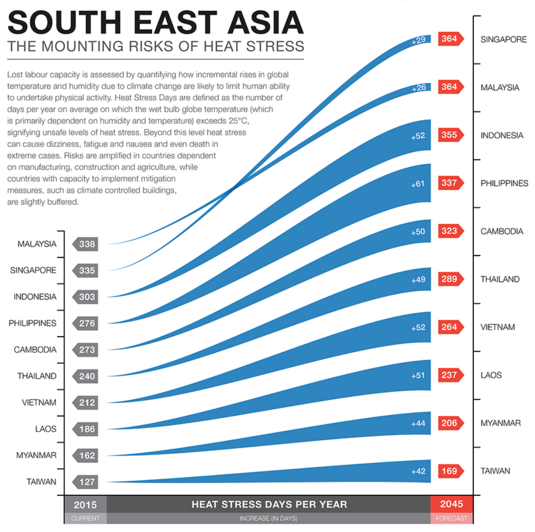 When calculating potential lost productivity for 1,300 cities, the company also divulged that 45 out of 50 highest risk cities were in Southeast Asia, including Singapore, Kuala Lumpur and Jakarta.

The study also suggests that parts of Middle East may become uninhabitable for human beings by the end of the century, due to extreme heatwaves beyond the threshold of what humans can endure.

In the study, scientists used ‘wet bulb temperature’ (WBT) — a combination of humidity and temperature — to calculate define a heat stress day. At 35 degrees WBT, coupled with 45 degrees celsius and 50% humidity, “any exposure for more than six hours would probably be intolerable even for the fittest of humans”.

Earlier in Iran this year, this temperature was almost reached.

Preparing for the future

Companies with foresight are starting to implement policies tackling heat stress across their supply chains and operations to lessen impact of sickness and absences.

Featured image via Johansens
With reference to Maplecroft, The Guardian, World Economic Forum