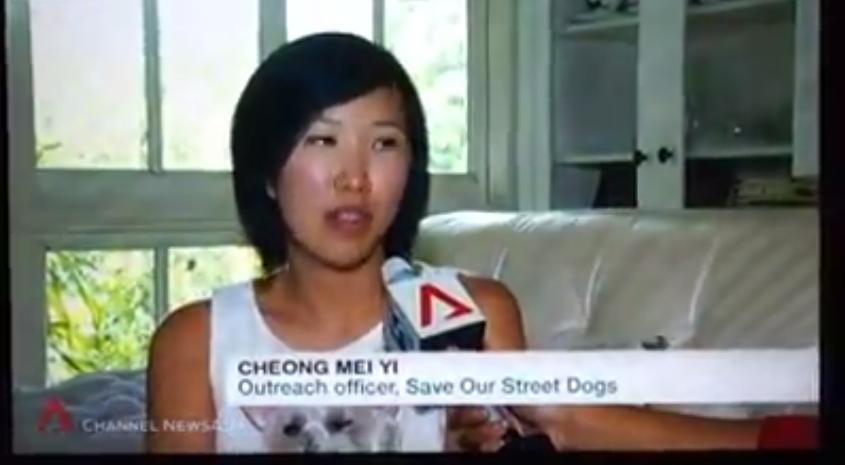 News of the rat infestation at Bukit Batok broke last week, causing an uproar among Singaporeans. Authorities have been quick to pin the blame on stray dog feeders, rather than hold Jurong Town Council responsible.

To reinforce this point, CNA decided to conveniently leave out the latter part of the interview with a Outreach Officer of Save Our Street Dogs (SOSD, a local dog welfare group), which made her seem like she was putting the blame on the stray dog feeders.

This omission, of course, did not sit well with SOSD, who have since spoken up on the issue by clarifying on Facebook. 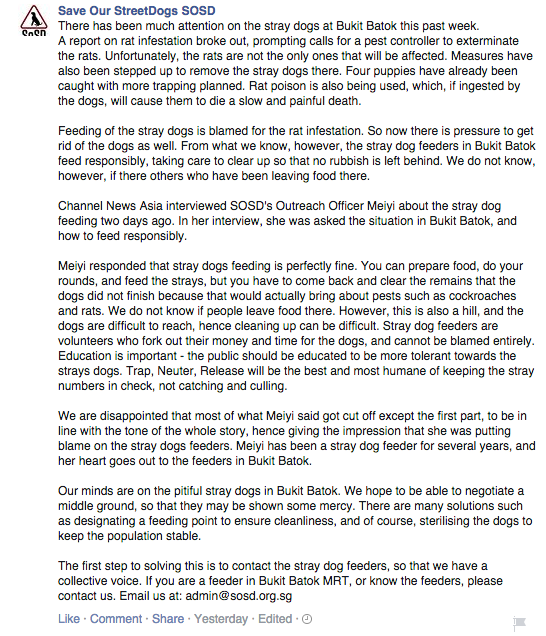 To detract the blame from PAP and Jurong Town Council, CNA is pointing fingers at stray feeders and even resorted to uploading photos of food supposedly left behind by stray feeders.

However, sharp-eyed netizens observed that the bags of dog food, were still dry despite its wet surroundings. Were these really left by stray feeders? Netizens smell a…rat.

Nonetheless, these are only rumours with no solid proof to back it up.

Is stray feeding the root of the problem? 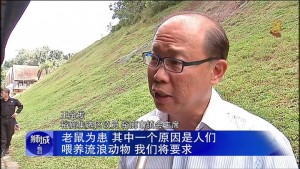 Bukit Batok residents are the ones who cause the rat problems there as the rats fed on food given to stray dogs. Rat infestations will not stop unless people stop feeding stray dogs and leaving food around for rodents to feast on.

In the meantime, some netizens aren’t convinced:

Other food sources in the vicinity

Bukit Batok MRT Station lies a stone’s throw away from the infamous rat colony. At the station, a variety of food options are available, ranging from bakeries to cafes selling nasi lemak. 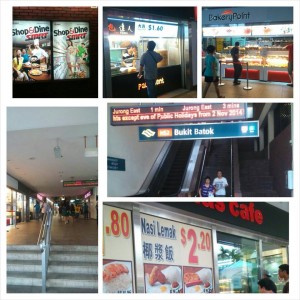 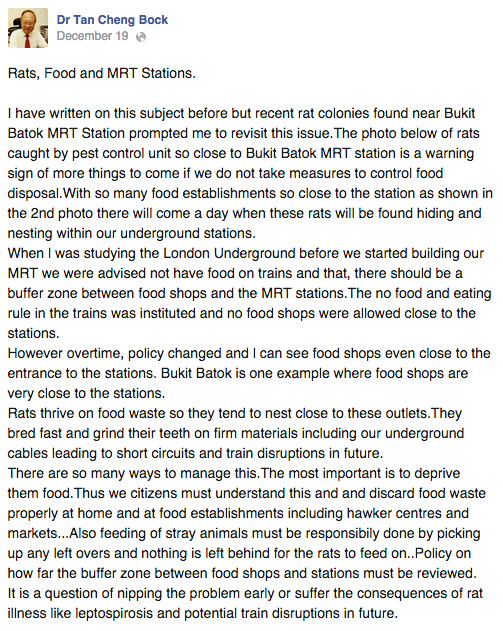 Instead of pointing fingers, why not reflect upon one’s own actions? After all, the colony of rats did not breed overnight. While stray feeding may have contributed to the problem, there might also be other attributing factors, such as the presence of eateries nearby. Residents could be further educated to instill the importance of responsible feeding (i.e. cleaning up after stray feeding). On the other hand, authorities like NEA could make more rounds to ensure that history does not repeat itself.

Featured image via Youtube
With reference to The Straits Times, The Real Singapore