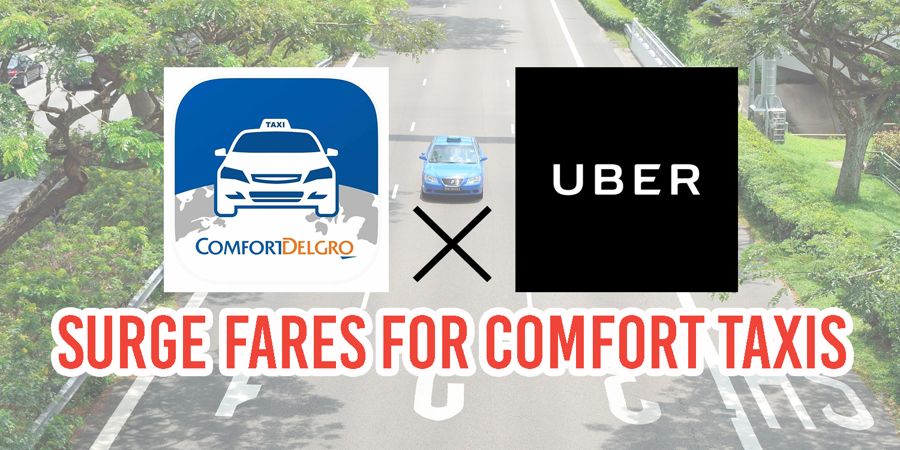 Following ComfortDelGro’s 51% investment into Uber’s car-rental subsidiary Lion City Rentals, ties between the ride-hailing app and taxi company are about to get tighter.

On Thurs (11 Jan), The Straits Times reported that ComfortDelGro’s taxis will soon offer surge fares under the new UberFlash function.

Termed as “dynamic pricing”, the scheme could see prices lower than metered fares during off-peak periods, and will be released on 19 Jan.

UberFlash will charge base fare of $3

UberFlash’s base fares are slightly lower than ComfortDelGro’s flagdown rates. UberFlash will start from $3, and charge 45 cents per kilometre travelled.

However, with surge pricing, these fares are subject to market demand, with prices liable to reach up to 3 times during peak periods.

In addition, Uber will charge late fees for passengers who make their drivers wait. Penalties start from 20 cents for each minute spent waiting, with a 3-minute grace period.

Uber’s cancellation fee of $6 will also apply for passengers who cancel their ride 5 minutes after booking.

Here’s a summary table of the current fares available:

Surge pricing on the cards for a while now

The possibility of surge pricing for taxis was first hinted in Mar 2017, when the ComfortDelGro informed the Public Transport Council that they had plans to introduce such fares.

However, 2 weeks after that report, ComfortDelGro announced that they did not intend on the rolling out the pricing system “for now”.

After an almost 10-month wait, looks like the time is now instead.