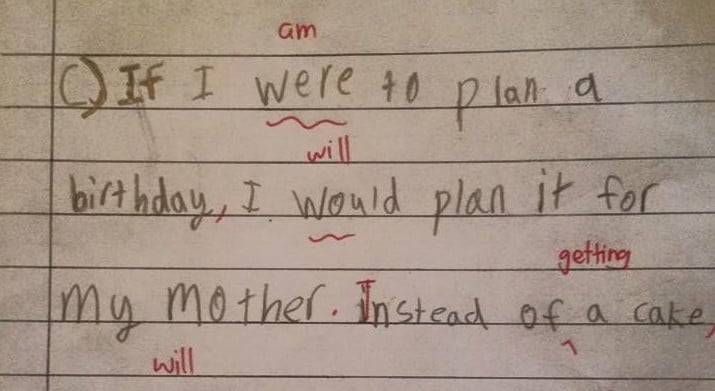 So You Think You Can English?

Do you have a natural flair for the English language, live and breathe, and basically love the language!?

Then this shouldn’t be a hard code to crack. 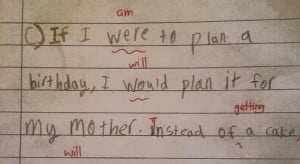 BUT THERE’S NOTHING WRONG WITH THE ORIGINAL ANSWER.

If you’re reacting like that, it’s perfectly normal. 90% of the people who saw this reacted that way too.

So what is this?

This image was posted by Democratic Progressive Party’s Nadine Yap on Facebook Tuesday afternoon (6 Oct). The composition exercise piece written by her daughter went viral in just a couple of hours and sparked the curiousity of many people.

Pretty sure this made everyone scratch their heads.

Whoever marked this must have clearly been not thinking straight. The sentences are flawless, and this kid is only Primary 1. THAT’S AMAZING.

The only thing the teacher got right was adding a period after “mother.” Even the commas are generally considered optional.

Looks like this teacher just did this because she was mad that there wasn’t much to mark.

He/She got a little too hardworking don’t you think?

There were some who thought that the 1/10 was the score given to the student.

However the 1/10 does not refer to the score, but instead the date. It’s popular practice for teachers to do that in Singapore.

There were also some who were super protective over the student’s rights:

This teacher messed up big time.

But why did this weird english teacher do this!?

While both versions of the short paragraph is not wrong, lets take a look at the question paper to have a better look. 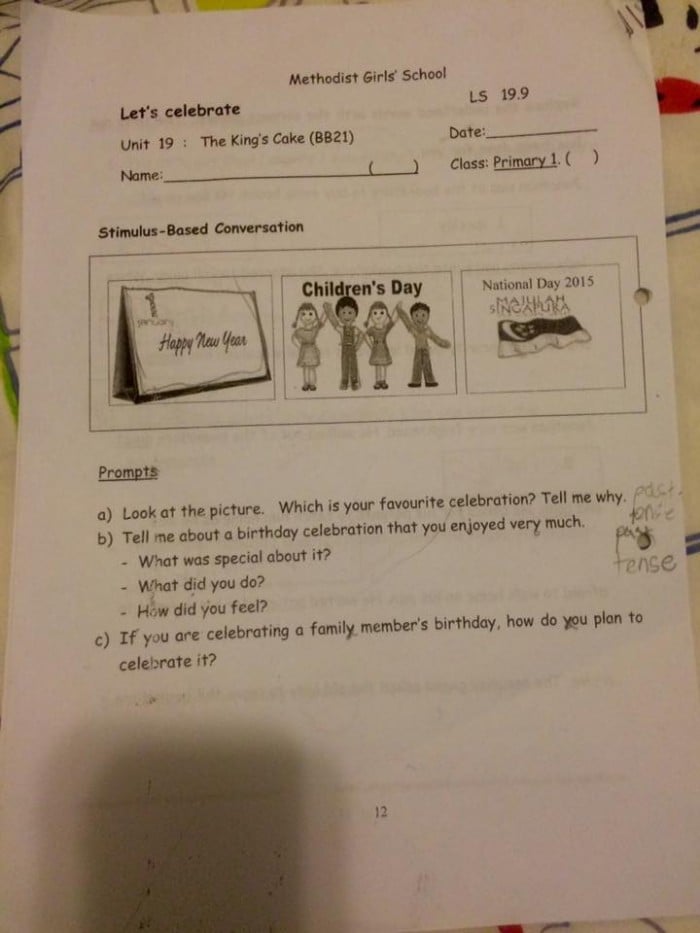 Looks like the teacher wasn’t being terribly unreasonable after all.

The teacher corrected the student because of the wrong tense used. The question asked was in past tense, but the student answered the question using present tense.

However the question is phrased rather awkwardly.

‘If you are celebrating…’  is in present continuous tense, which means you are doing the action right now, however it doesn’t match with ‘how do you plan to…’ which implies the hypothetical future.

The question would be better off rephrased to ‘if you are going to celebrate… how do you plan to…’?

The Teacher-Principal Meeting Must Go On

Now that we know that the teacher was solely marking based on the wrong tenses used, the teacher who marked the paper was obviously not in the wrong.

The person in the wrong would be the setter of the paper.

It would have been better to have made the question much more clearer and less confusing for the students.

Also, for heavens sake, she’s only Primary One?

Your grammar is amazing for your age :’)