Must Share News – Independent News For Singaporeans
Home Viral Fail Fail Conman Runs Into Stationary Vehicle, Gets Scolded By His Own Accomplice 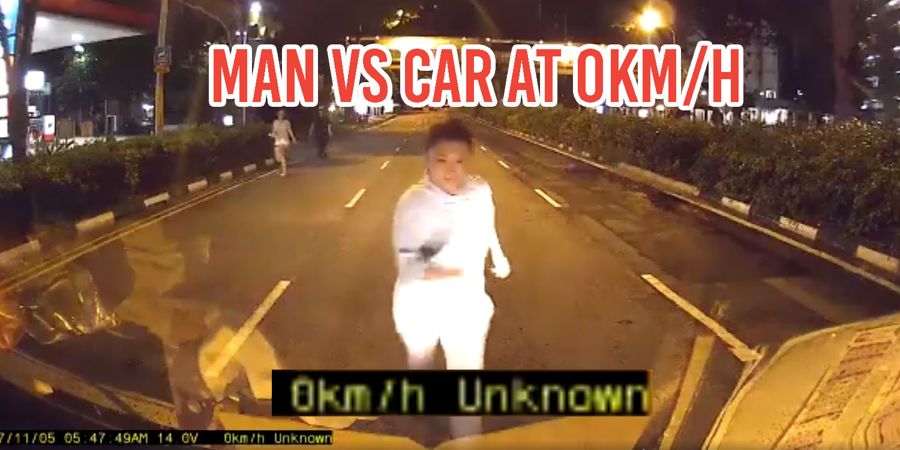 A stationary car, and a conman who became the victim of his own bad timing. This fake accident scam in Singapore goes wrong for all the right reasons.

Netizen Jacky Ang posted two viral dashcam Facebook videos on 5 Nov, with the header “Welcome to SINGAPORE NEW TALENT (sic)”. At this point, we already knew it was going to be good.

The hilarious videos depict a man who attempts to pull a fake accident scam on a driver near Golden Mile Complex.

In an awkward turn of events, he didn’t seem to time his entrance right.

The embarrassment was far too much for his accomplice to take, who broke character and scolded him instead.

At the point of writing, the post has received 9,793 shares, which means quite a number of Singaporeans have managed to bear witness to his antics.

In Acting, Timing Is Everything

The driver, presumably having noticed that a man was running toward his car, decided to come to a complete stop in the middle of the road.

Here’s our runner, moving at breakneck speed towards the stationary vehicle. Nicely done.

Upon impact, he doubles over in mock pain. Bravo, we really appreciate the improv work here.

A note to his accomplice, you should never ever break character. Even if your co-actor screws up his entrance.

In short, A+ for effort. But to make your entrance count, you must always enter on cue.

Also, it looks like Mr Accomplice isn’t too happy with the performance of his co-star, and can be seen gesticulating wildly as his friend lies on the road.

To our disappointment, there seems to be no sequel to this Star Award-worthy performance. No word as yet on what happened after this incident.

We’ve long heard about similar scams in China and other parts of the world.

But it’s important to note that this is not the first time a fake accident scam has been reported in Singapore. Similar offenders are liable to a fine and a jail term of up to 10 years if convicted.

Given that this is the story of how a would-be conman changed the course of his acting career forever, perhaps he should consider another kind of star vehicle to target next. 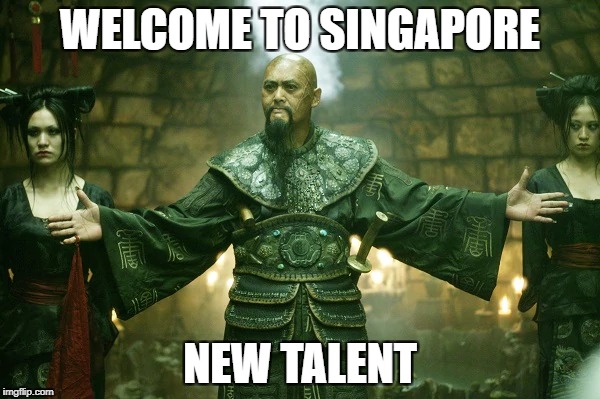 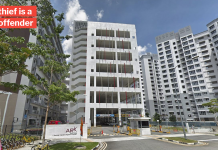