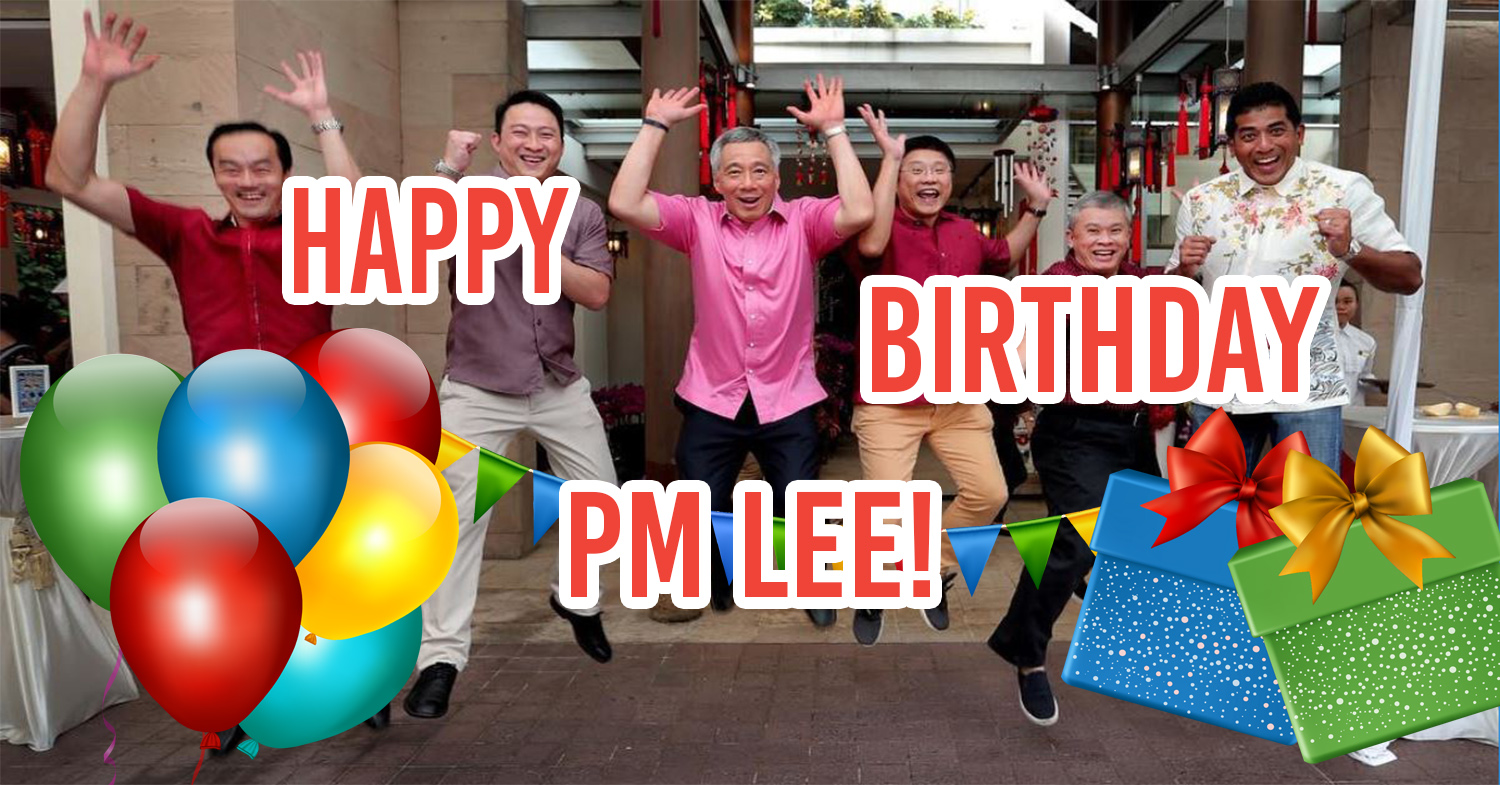 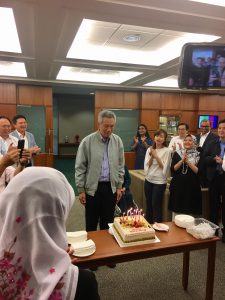 Minister for Social and Family Development Tan Chuan-Jin uploaded a Facebook video of the celebration, starting with everyone singing the birthday song.

To commemorate our Prime Minister’s birthday, let’s take a look at 8 reasons why he’s the coolest PM around.

In 1973, while he was studying mathematics at Cambridge University’s Trinity College, PM Lee became the first-ever senior wrangler from Singapore.

Basically, that means he graduated top of his class.

Being a Senior Wrangler is considered one of the “greatest intellectual achievements” attainable in Britain. Read our story on PM Lee’s maths skills. 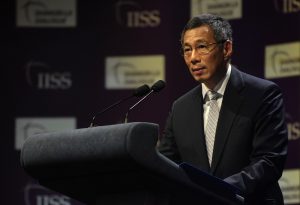 According to his tutor, Mr Lee was miles ahead of everyone else.

He could have become a renowned mathematician, but fortunately for us, he chose to return to Singapore instead to focus on politics.

Apart from being a genius in Mathematics, PM Lee is also a wicked programmer.

The last computer program he wrote was a Sudoku solver on C++. When he shared it on Facebook, his post received over 52,000 likes and 18,000 shares. (Read our story on PM Lee’s programming skills.)

Facebook founder Mark Zuckerberg has also lauded Mr Lee for being one of the few world leaders who can code. In recognition of his skills, Mr Zuckerberg gave Mr Lee a cube with line designs that came from a computer program Mr Lee wrote. (Read our story on PM Lee and Mark Zuckerberg.) 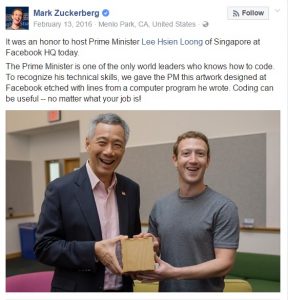 3. He Owns A Lightsaber

Wait, what?! Is our prime minister a Jedi, too?

Okay okay, so he isn’t a Jedi Master and can’t manipulate the Force — at least we don’t think so, as the Star Wars movies are supposedly fictional.

But he does have a real lightsaber — given to him by Lucasfilm back in 2007. PM Lee can often be spotted wearing pink and we’ve always wondered why. Could it be his favourite colour, or is it just his unique sense of fashion?

When asked this question over Facebook, PM Lee replied that it’s a TV thing:

He is also willing to do something that is usually associated with youngsters, i.e. a jumpshot.

Just take a look at this photo uploaded on his Instagram this Chinese New Year: 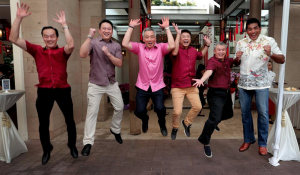 We must say he looks good, and more fashionable than men who are younger than him!

As you may know, behind every successful man is a woman. For PM Lee, that woman is Ms Ho Ching.

Many folks their age are shy about public displays of affection. But PM Lee has no qualms about expressing his love for his wife over social media, as you can see from this sweet Instagram photo: 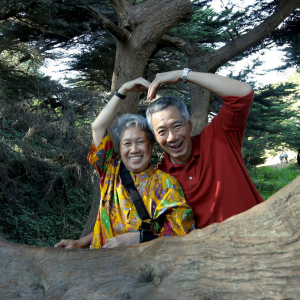 Awww, isn’t that heart warming? These commenters on the photo certainly thought so: 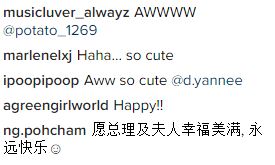 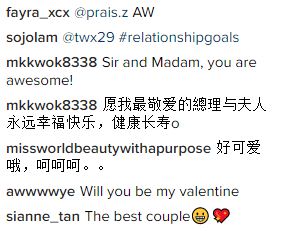 6. He Has The Common Touch

Despite having a busy schedule, PM Lee never forgets the average Singaporean.

Be it taking a picture with residents or a walkabout around the neighbourhood, he always finds time to mingle with the common folk.

Earlier in January, while having a walk on Changi beach, he turned up unannounced at a chalet and took a photo with a family holidaying there. Read our story on his impromptu visit. 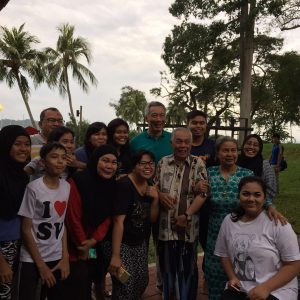 He also attended the funeral of a stallholder at Teck Ghee Court Market & Food Centre after finding out she had passed away through a Facebook comment. Read our story on him paying respects at the funeral:

When he was invited to the White House by then United States President Barack Obama, PM Lee gladly acceded to selfie requests from Americans. 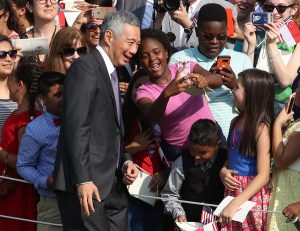 He may be the most powerful man in Singapore, but he is still very much down to earth and friendly.

7. He’s All For Singapore

PM Lee has served Singapore in the political scene for the past 33 years.

This year will mark his 14th year as Prime Minister of Singapore, and I’m sure all Singaporeans are aware that he puts his heart and soul into running this country.

A perfect example of this was during last year’s National Day Rally, when he felt unwell, and appeared to stumble on “live” television while delivering his speech, shocking the nation.

Nobody would blame him if he had decided not to come back. But he returned to the podium shortly, and said: “Thank you for waiting for me. I gave everybody a scare.”

He then proceeded to finish his speech.

The Straits Times quoted the Prime Minister’s Office as saying that Mr Lee’s heart is fine and he did not have a stroke, to everyone’s relief. 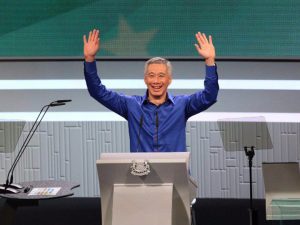 With over 1.1 million likes on his Facebook page and 481,000 followers on Twitter, it’s evident that PM Lee is well liked by people (not just Singaporeans).

Just go to any one of his posts or tweets and you can find people showering him with words of love, encouragement and gratitude:

We’d like to thank PM Lee for everything he has done in the past, and will continue to do for Singapore in the future.