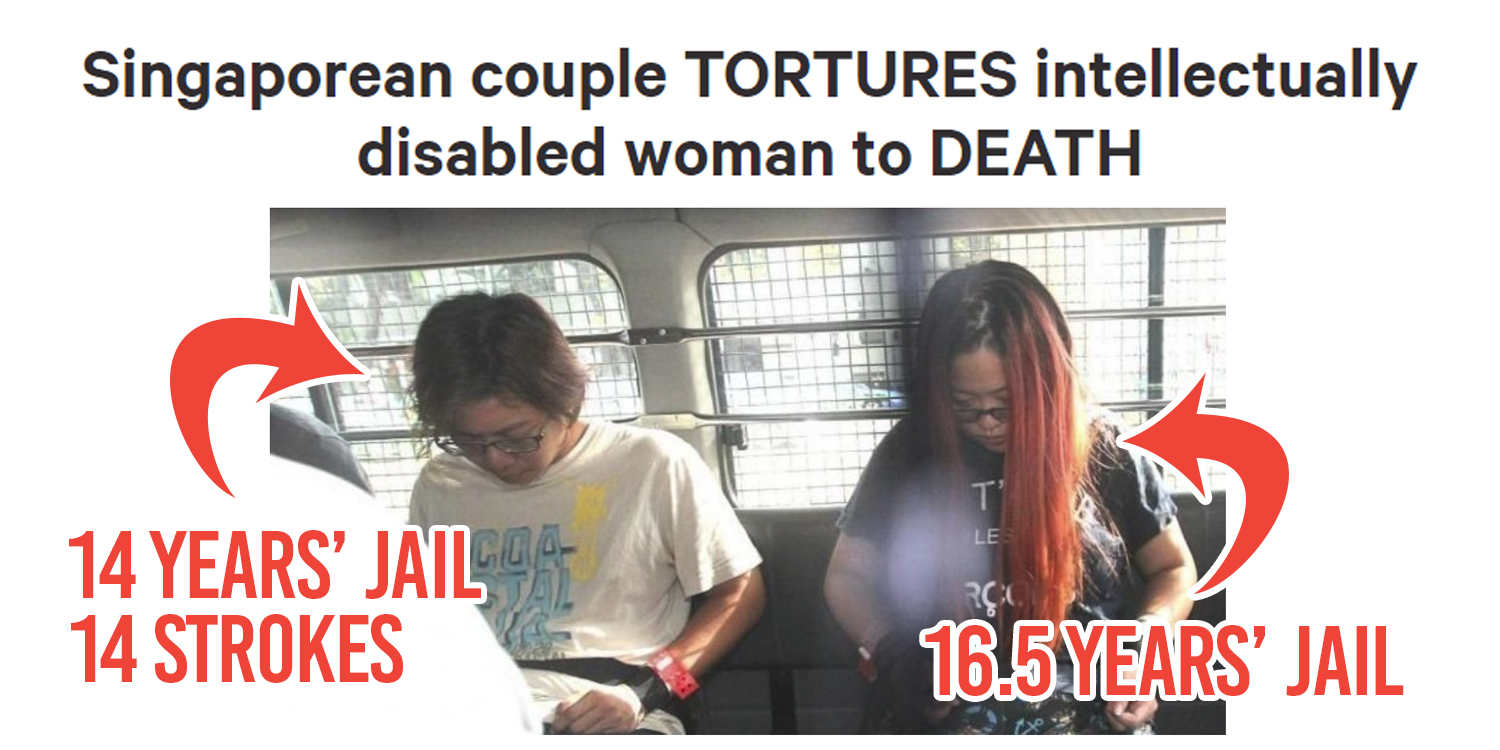 Convicted earlier in the week, housewife Tan Hui Zhen and her husband, Pua Hak Chuan – better known as the couple that tortured an intellectually disabled woman for eight months – have been sentenced in court on Friday (1 Dec).

They will be spending the next 16.5 and 14 years in jail, respectively. Mr Pua will also be given 14 strokes of the cane. 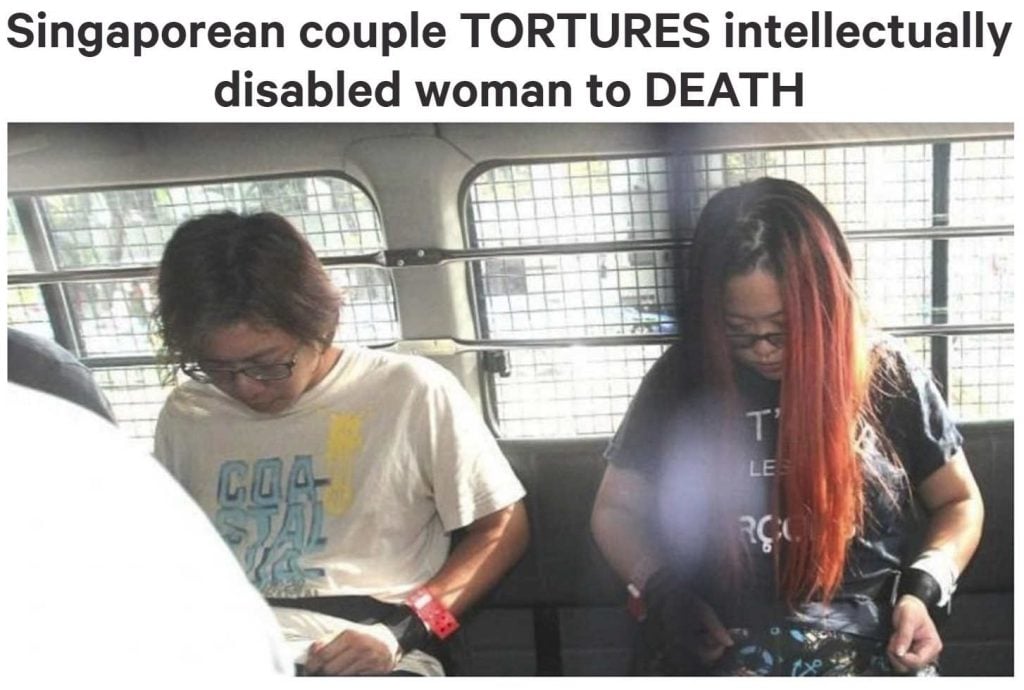 Prosecutors were earlier reported to have sought 15 and 14 year jail terms for Ms Tan and her husband. This sparked national outrage as Singaporeans felt that it was “too lenient” of a punishment for the crimes they committed.

As a result, a petition demanding for a harsher sentence was started.

Subject to 8 months of torture

After eight months of physical and psychological torture, waitress Annie Ee, who was intellectually-disabled, succumbed to the abuse.

In what was described as “monstrous cruelty”, Justice Hoo Sheau Peng referred to the case as “appalling”.

Ms Ee was subject to assault by the culprits’ bare hands and an array of foreign objects such as:

Her sense of self-worth had also been constantly undermined via intimidation and taunting. She was forced to give up her monthly salary of $1,200 for a $50 allowance — an amount which would later be reduced to $30.

Annie had even previously attempted suicide as she believed she hadn’t lived up to Ms Tan’s expectations.

At the time of her death, her battered body bore a grisly collection of injuries including: twelve fractured ribs, seven fractured vertebrae, a ruptured stomach and an assortment of blisters and bruises.

At the time of writing, the petition has already received almost 20,000 signatures.

It was started by netizen Neo Chuan Yi, who disagreed with Singapore Prosecution and felt that the culprits deserved a harsher punishment.

It is not known whether the petition – which was to be delivered to the Attorney General Chambers –  had played a part in them receiving a heavier sentence.

If you’re interested, you can check it out here — though we’re not sure if signing it will make a difference at this point.

Is 16.5 years’ in jail appropriate for Ms Tan? Or does she deserve more for what she did?

Singaporeans seem to feel that it’s still too lenient of a punishment and that they got off easy. 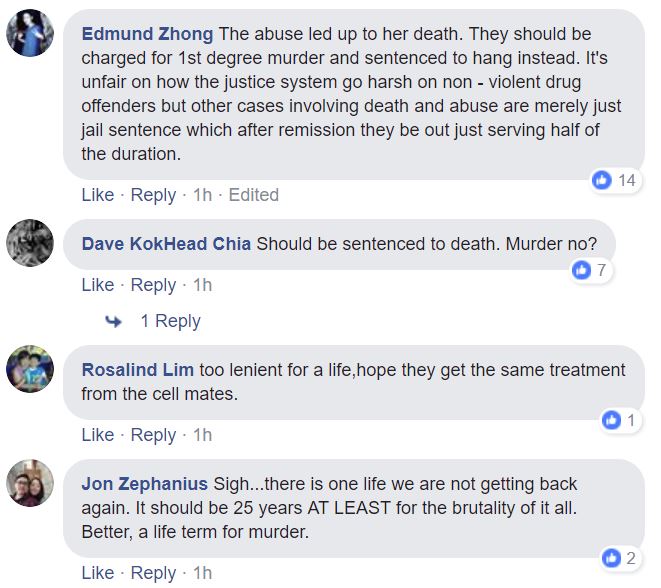 Many were upset and questioned how it was less serious than drug trafficking.

What do you think about the increased sentence? Do you agree or disagree with it?

May Annie finally rest in peace.