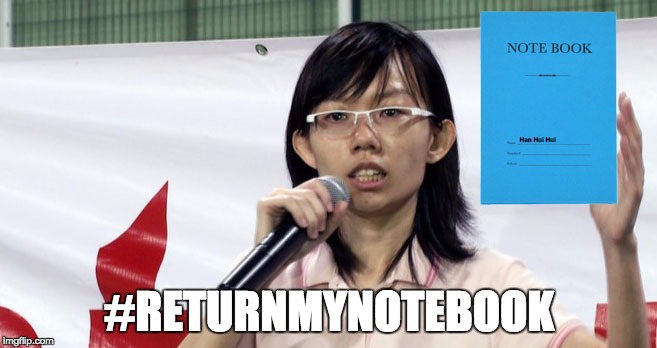 The four are facing charges of being a public nuisance for heckling special needs children at Hong Lim Park in September last year (2014).

Fellow co-accused a.k.a. Han’s BFF Roy Ngerng pleaded guilty to his charges of being a public nuisance and organizing a demonstration without approval, and was slapped with a $1,900 fine. The last co-accused, Chua Siew Leng, was fined $300 for her minor involvement.

While the mainstream media constantly report about the case proceedings, Han’s side of the story went unheard. 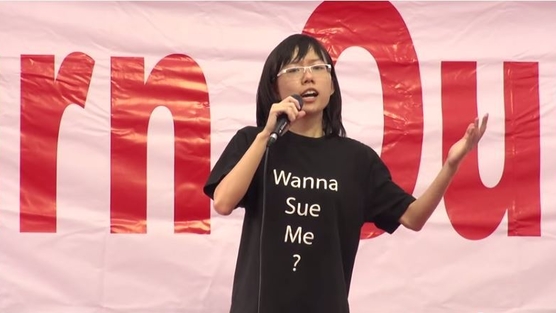 MustShareNews stalks Han Hui Hui’s Facebook page and finds out what she has to say.

[9 Oct, 11pm] Two police in plain clothes visited HHH. They set an appointment for her to head to the police station the next day. Ten minutes later, she called the police to postpone the appointment from 11am to 8pm.

Reason: She has to work until 6pm and requires an hour for commuting and another hour for dinner. Yup, you read that right. Han says she has a job. 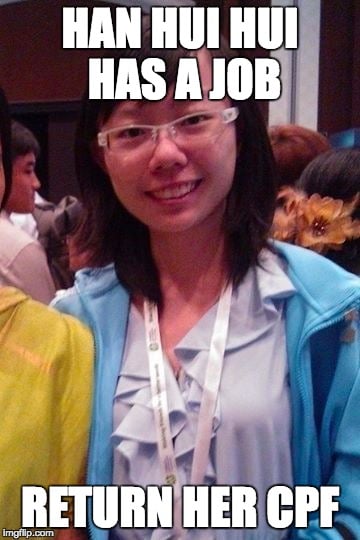 After a consultation with her lawyer who told her that the best time would be in the afternoon, Han rescheduled her appointment to 2pm.

[10 Oct, 2pm] Han arrived at the police station, but waited for half an hour before the interrogation started.

The interrogation only ended at 10pm. Han added that there was no dinner served, but refused to go for dinner when the police asked her to. Looks like kopi isn’t enough for her.

[7pm] The police asked Han to go for dinner again. Han repeated her question, and the police said in half an hour.

[9pm] Officer took the statement along with Han’s notebook.

Han proceeded to call her lawyer when her notebook was being seized, but the officer said she was not allowed access to legal counsel. Han was indignant as she was not being detained. The notebook contained information she scribbled during the interrogation, which she would be passing to her lawyer for her legal defence.

Reason for the seizure of her notebook? Han thinks it’s an act of revenge:

Han added that there were 300 questions on the papers she had to sign, and was asked even more questions during the nearly 8-hour long interrogation.

Here’s a sample of the questions asked: 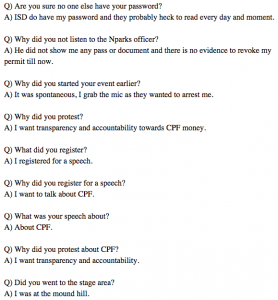 Naturally, she took to Facebook to air her grievances and created the hashtag #ReturnMyNotebook. At the same time, the hashtag #ReturnMyMass was born as Han complained about her 500g weight loss after her trip to the police station. Seems like Han is still miffed that she wasn’t served dinner. 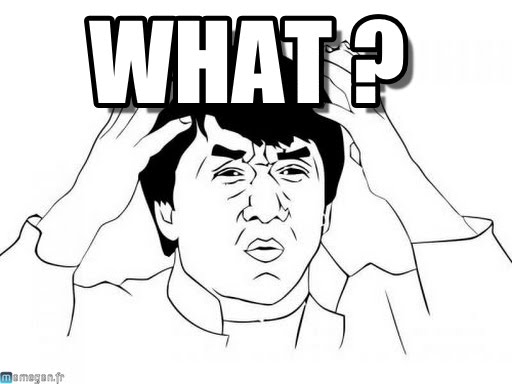 Wait, this isn’t the first time Han Hui Hui’s notebook has been seized

Last year, Han was invited to the police station to drink kopi after she allegedly held an “unlawful assembly” at Hong Lim Park on 27 Sept. During the interrogation, the same thing happened — Han had taken notes in the notebook, which the police officer interviewing her confiscated.

Long story short, Han’s lawyer M. Ravi sent a letter of demand to the police, saying the notebook was private property that should not have been seized. Ultimately, the police returned Han her notebook.

As of 10 Oct, 9pm, Han’s notebook has yet to be returned to her. It remains to be seen if The Notebook will eventually be returned to her, but we’re sure Han will continue to champion her cause. #ReturnMyNotebook 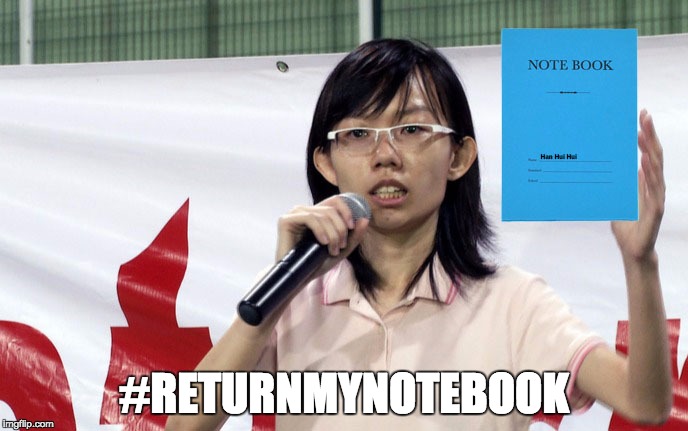