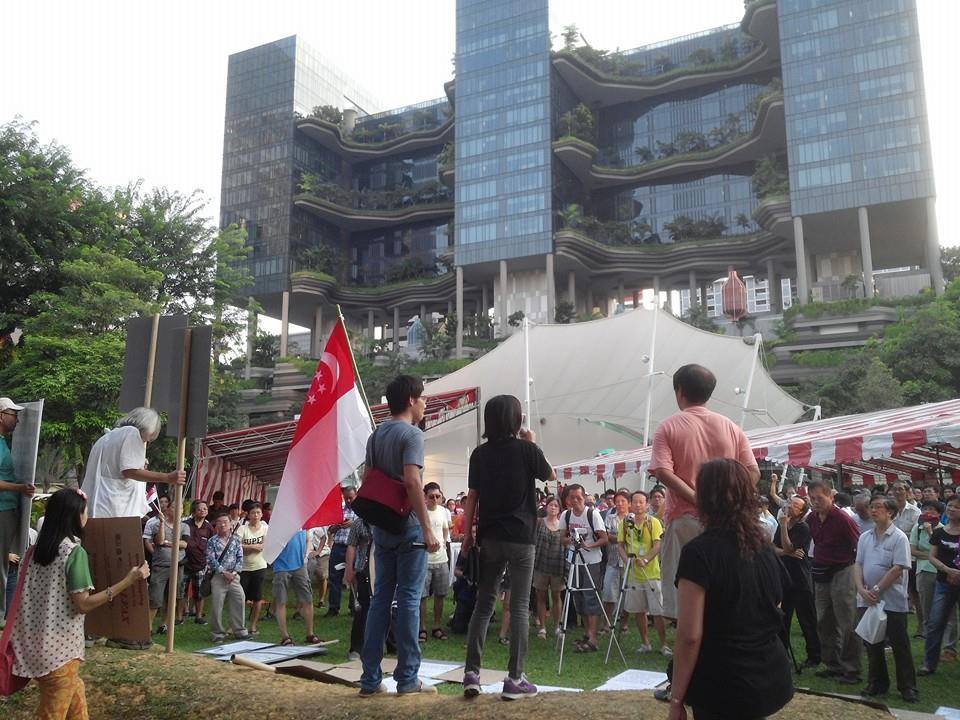 Happening at the same park space was a yearly YMCA-organised charity event to promote more corporate social responsibility. Special needs children as well as the elderly attended the event that featured performances on the permanent stage.

Tension flew when the attendees for the the YMCA event and the CPF protestors became confrontational. #ReturnOurCPF protestors had marched around Hong Lim Park and around the YMCA-event space. NParks explained that Hong Lim Park has two lawns and each event was allocated 1 lawn.

At one point, the marchers paused in front of the YMCA-event’s permanent stage and shouted just as a performance by group of special needs children was taking place.

Disgusting behavior by Han Hui Hui, Roy Ngerg and their ilk. I guess ruining the day for special needs kids is fair game for #ReturnOurCPF

The #ReturnOurCPF campaign has no ethics nor substance, and people who show zero compassion for special needs will do the same for anyone. — Wade Wilson (@GabbyLSK) September 28, 2014

In essence, Han Hui Hui and Roy Ngerng had ironically hijacked their own agenda in showing distaste to the on-going YMCA charity carnival.

A disgruntled Singaporean by the name of Terry Lee has even petitioned to revoke Han Hui Hui’s citizenship, which was granted to the latter in 2012. At press time, the petition has gained 2,500 signatures.

In the wake of online backlash, both rally organisers spoke up to defend their actions. Blogger Roy Ngerng said that the protest-goers backed off when they saw the children perform. In a reply video he said:

“Actually what happened was we walked to the stage and we were waving our flags. We didn’t know what was going on the stage. And I saw a video and it was when we were right at the stage that the organisers called the children on the stage and at that point we left because it was not appropriate.”

Minister of State for Trade and Industry Teo Ser Luck dismissed Roy Ngerng’s defence and asked the blogger to apologise for disrupting the event. Ngerng has offered an apology, which Mr. Teo has called it a “step forward.”

While there may never be a consensus on whether the YMCA-event is a government conspiracy against #ReturnOurCPF, no one will remember much of either of the events but a lot more of the  “heckling” of the children that conspired.

The #ReturnOurCPF lobby was intent on showing the government’s unwillingness to listen, but the protest organisers discredited themselves by being confrontational and misdirected their frustrations against other Singaporeans. Whatever your political inclination, there is no reason to frighten children by marching around.

Perhaps both parties need to get off their high horses? 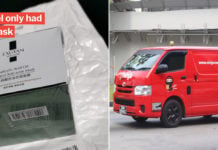 Woman Gets Ninja Van COD Package & Pays $40, Realises It Was A Scam After