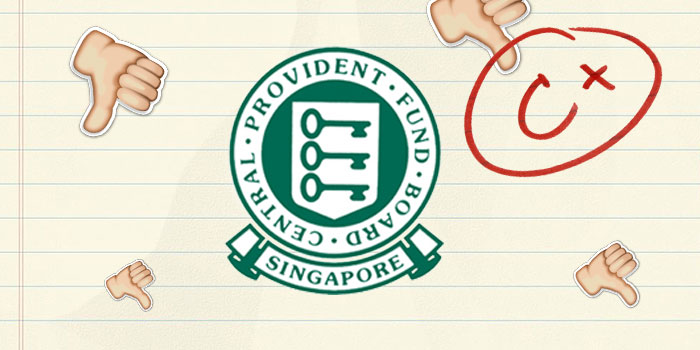 CPF scheme’s worsens to a C+

Singapore received a ‘C+’ grade for its retirement savings system in an Australian index published on Oct 19.

The Melbourne Mercer Global Pension Index ranked 25 countries on the adequacy, sustainability and integrity of their retirement plans. Singapore came in 10th place racking up a score of 64.7 out of 100 — down from 65.9 last year.

Grade-conscious Singapore got a bad grade… WE ARE DOOMED.

According to the report, this means Singapore’s system has moved from having “a sound structure, with many good features”, to having “some good features, but also… major risks and/or shortcomings that should be addressed.”

The other countries ranked with a “C+” grade includes Germany and Ireland.

On the bright side

Singapore’s rating places it ahead of five other Asian nations ranked – China, India, Indonesia, Japan and South Korea, which were all given a D grade. Singapore also beat developed nations such as Germany and the United States.

Singapore was ranked 10th overall, with Denmark taking top spot with a score of 81.7, earning it an A grade for the fourth year running. India was last with 40.3.

While it’s comforting to hear that we are still the best amongst Asia, we still fared badly. If a Singaporean student were to show his mom that his grades dropped from a B to a C+, she won’t be happy at all. Our tiger moms will make sure to load their kids with as much as they can just so they get that A.

In other words, Singapore has A LOT to work on.

Why are we really faring badly?

According to the Business Times, here’s why.

Now that we know the reasons, how can we improve?

The first point is really something beyond anyone’s control since it’s an adjustment in the calculation.

The second point mentions our increasing life expectancy, but isn’t that a good thing?

Raising the fertility rates and the retirement age would be something we can look into to solve this issue, but we are already forking out efforts to do just that. Especially when in the case of increasing fertility rates.

We’ll just have to accept that the ageing population threatens how sustainable our policies are, and adjust policies accordingly.

WE CAN DO THIS.

For the last point however, we might be able to address the issue by encouraging households to save more.

We might however be able to address the third by encouraging households to save more. But our savings rate is already among the highest in the world.

While we now understand that this annual change that led to our “bad grade” may not be something which we have to worry about, we should still work towards improving the system nonetheless. Instead of fretting over the short-term changes, caused mostly by things beyond our control, we should take a better look at Singapore’s fundamentals.

Mr Neil Narale, Mercer’s Asia retirement leader, reminds us that while Singapore’s retirement income system remains among the best in Asia, it is not the best globally.

Improvement will be influenced by the legislative and regulatory environment. However, Singapore is on the right track, having announced improvements to CPF next year, including increasing the wage limit, contributions and guaranteed investment returns for older members, and the introduction of the Silver Support Scheme to help low-income retirees.

While this report has reminded Singapore to work hard continuously, it doesn’t exactly give the best suggestions to improve our overall score.

It suggested for us to reduce the barriers to establishing tax-approved group corporate retirement plans, open CPF to non-residents (who comprise more than one-third of the labour force) and increase the labour force participation rate of older workers.

Opening CPF to non-residents? I don’t think so…

We’re so gonna get that A next time.

Featured image via centreforseniors
With reference to The Straits Times, Business Times 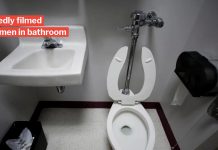 S’porean Gets To Return To UK Uni After Being Accused Of Filming Women; Judge’s Decision Explained