Must Share News – Independent News For Singaporeans
Home News 10 Creepy Murders and Deaths in The East That Show That The... Death In The East

We previously compiled 14 creepy deaths that happened in the West, but why should the west and Yishun have all the fun?

Let’s give some of the love to Singapore’s eastern regions too!

Here are where deaths have occurred in the east: 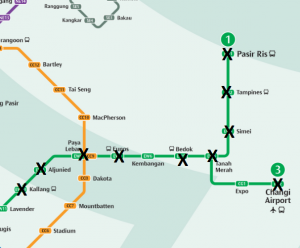 Besides Expo, an office and exhibition area that few people live, I don’t know what on Earth is protecting Kembangan — but we need to harness it.

Warning: Some details in these cases could be disturbing to some individuals, so brace yourself if you get queasy easily.

In a well-publicised case, 19-year-old Darren Ng Wei Jie was slashed to death in a gang fight at Downtown East resort in Pasir Ris.

Apparently, tension developed between him and some gang members in a staring incident and a fight ensued. Mr Ng attempted to escape, leaving an almost 500m trail of blood at the resort.

He passed away in hospital hours later. 12 youths were charged for the attack, and 5 of them were sentenced to caning and jail terms of up to 12 years, reported AsiaOne.

Here are the faces of 3 of the young culprits: 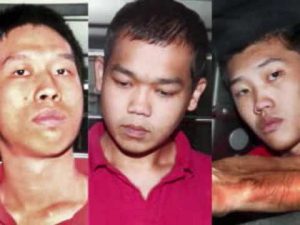 Chinese national Zheng Xianghua, a truck driver, tried to throw himself off a ledge of a block in Tampines after killing his wife in a jealous rage, according to Channel NewsAsia.

He didn’t have the nerve to jump, though, but left a trail of bloodstains on the block as he had also stabbed himself in his attempt to commit suicide.

Neighbours had heard a loud commotion from the Tampines flat he shared with his wife before the incident. Zheng was then seen emerging from the flat with a knife wrapped in newspapers.

He was jailed for 9 years after pleading guilty to the killing. Psychiatric reports said he had suffered from a “severe depressive episode” and was prone to pathological jealousy that qualified him for the defence of diminished responsibility.

Here’s a video of workers cleaning up the bloodstains from the block:

The family’s Indonesian maid Maryani Usman Utar, 30, was subsequently arrested for the attack on Richelle Teo Yan Jia, one, who was pronounced dead in hospital.

According to The Straits Times, the infant was killed “by punching her on her neck and gripping her neck tightly with all your strength until she stopped crying, with the knowledge that such acts were likely to cause her death”.

Maryani was charged with culpable homicide not amounting to murder. The infant passed away barely 5 days after her first birthday celebration.

On Nov 25, 2016, the body of cleaning supervisor Maimunah Awang, 54, was found in a deep drain near the Tanah Merah Ferry Terminal. 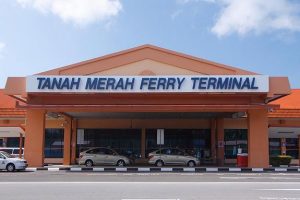 She was found with neck injuries and without the gold jewellery she had normally worn.

Malaysian Ahmad Muin Yaacob, 23, was arrested in Malaysia with the help of the Malaysian police and charged on Dec 21 her murder.

He had asked if he could be excused from the death penalty if he cooperated with the authorities, reported Channel NewsAsia.

55-year-old Madam Asnah Aziz was discovered lying in a pool of blood after being fatally stabbed by her son in her Eunos flat in Jan 26, 2012.

The son, Mohamed Redha Abdul Mutalib, then 30, was subsequently acquitted of her murder due to temporary insanity, in a surprising verdict.

The High Court judge said Redha was incapable of knowing his act constituted murder as he had abused cough mixture and a drug called Dextromethorphan, or Romilar. He was experiencing delusions when he killed his mother, according to Today.

Madam Asnah was described as friendly and liked by many. 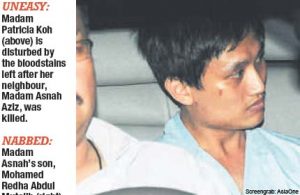 On May 11, 1974, the police received a call about a guresome find — a pair of dismembered human legs were found in a toilet on Aljunied Road. Pathologists quickly confirmed that it had belonged to a woman.

She was Madam Quek Lee Eng, who had gone missing two days earlier. She had been strangled to death by her sister-in-law Sim Joo Keow, then 44, over a money dispute.

Mdm Quek had headed a tontine group and went to Sim’s home to collect $2,000 she owed her. Sim didn’t have it, and they got into a fight. After Mdm Quek was killed, her body was chopped up and her torso placed in two earthen jars.

When the police went to Sim’s home they were met by an overpowering stench, according to The Straits Times.

On Feb 4, 2017, a 57-year-old man was reported to have “fallen” into the Kallang River near Block 14, Upper Boon Keng road, reported Channel NewsAsia. 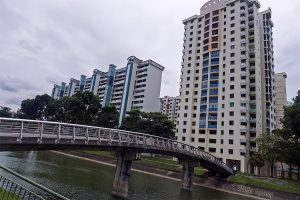 His body was found after an extensive search by divers.

The death has been deemed as unnatural.

Low Chuan Woo, then 45 and the owner of Ramasses pub in Changi Village, was jailed for the murder of 45-year-old patron Mohamed Iskander Ishak in January 2013. 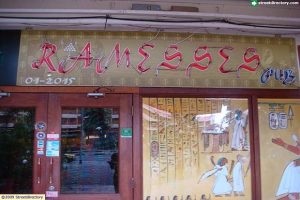 Mr Iskander was able to hail a cab to Changi General Hospital despite being stabbed, but he was pronounced dead shortly after arriving in hospital, according to Today.

Mr Iskander, who was in a drunken stupor, caused a ruckus in the pub when a performing artiste refused to drink the tequila he had bought for her, throwing shot in the performer’s face and raining expletives on Low before trying to push him into an iron gate and punching one of the workers.

Low then retrieved a knife and stabbed Mr Iskander. The judge sentenced him to four years’ jail, ruling that Mr Islander had started the violent chain of events.

An elderly man, 75, died after he was allegedly assaulted in his Bedok North Avenue 2 flat.

His son, 41, was arrested and was believed to be the prime suspect, according to Asiaone.

The man’s wife had reached out to their neighbour, allegedly saying that the elderly man had fainted and required assistance. But the neighbour was horrified to see the elderly man lying in a pool of blood.

Loud arguments in Chinese were supposedly heard prior to the incident.

Wu Yun Yun, a Chinese national, was miserable after marrying opposition politician Tan Lead Shake at the tender age of 19, six months after coming to Singapore in 2001.

She didn’t want to marry Mr Tan, who was nicknamed “Slipper Man” after showing up in slippers on Nomination Day for the 1997 General Election. But her father had accepted the dowry and she didn’t have a choice. 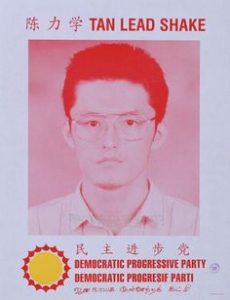 Worse still, she had no friends and could not adapt to life in Singapore. And she felt that her mother-in-law favoured her sister-in-law, who was married to Mr Tan’s brother.

So one day in Jun 2008, she snapped and stabbed her brother-in-law to death at their home in Paya Lebar Crescent. She also attacked her sister-in-law and mother-in-law.

So those of you who live in the east, don’t think it’s as merry as the song Di Tanjung Katong there.

Bloody murders do happen there, but however, we must say they happen everywhere in Singapore too, and that doesn’t mean there’s anything to be afraid of generally.