Must Share News – Independent News For Singaporeans
Home News Could Bishan Park’s Crop Circles Have Been The Work Of Aliens? Step Aside Yishun, There’s A New Weird Neighbourhood In Town

I’ve always mocked people who believe that crop circles are a sign of extraterrestrial activity.

Obviously the person cutting the grass just got bored, duh.

So when a friend worriedly showed me this picture of the ‘crazy crop circles’ she stumbled upon at Bishan Park, my inner cynic quickly dismissed it. 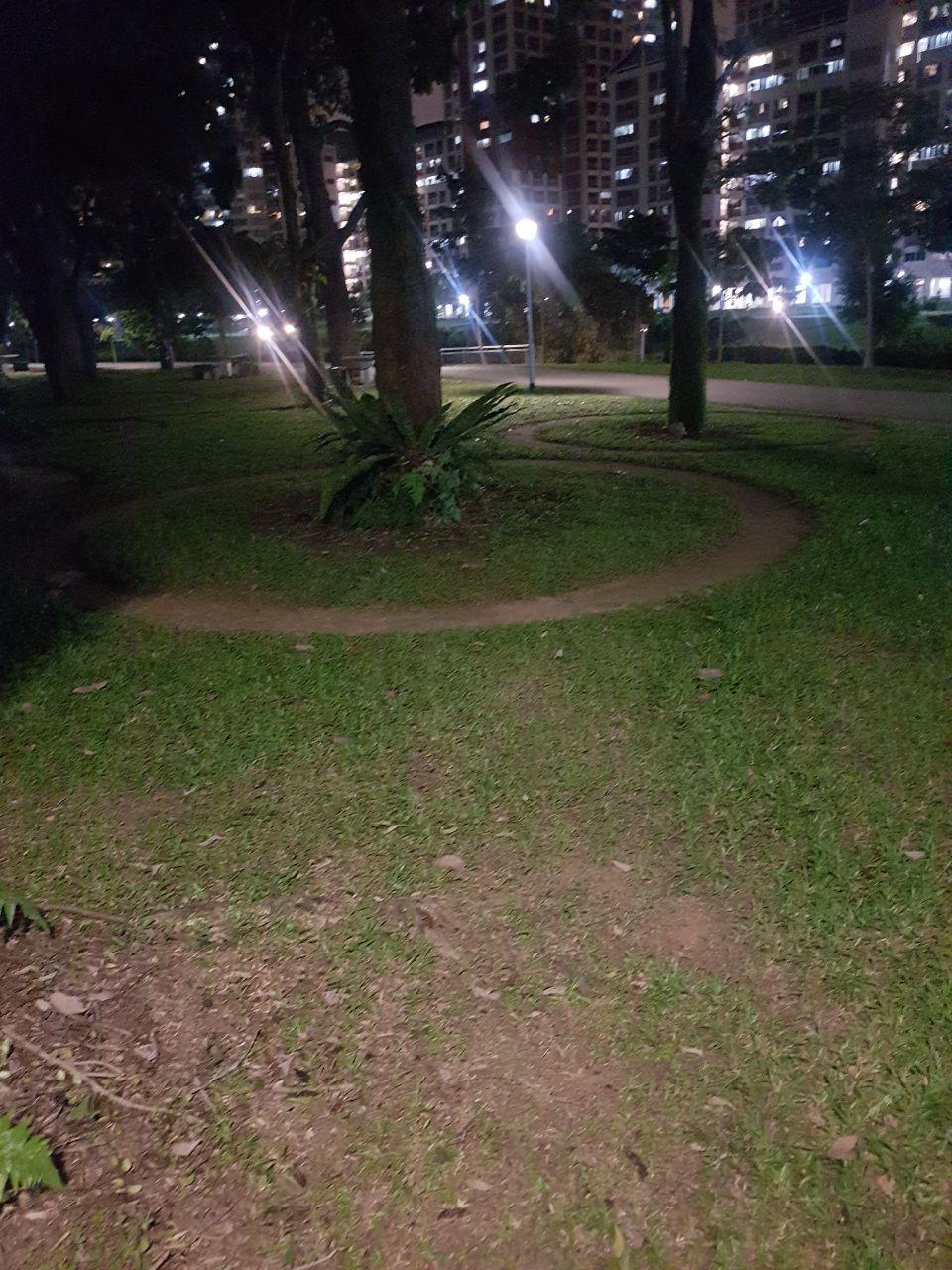 This is how our conversation went down:

Friend: It’s aliens!
Me: Aiya, like that also you paranoid?
Friend: No, the pictures don’t do it justice. You have to go see it for yourself.
Me: k

Hearing her so vehemently believe that aliens had chosen to land in Bishan Park, I decided to check it out.

After all, I’m also a part-time Sherlock Holmes wannabe. And I wanted the pleasure of saying “Elementary, my dear Watson.”

In the spirit of investigative journalism, we ventured to Bishan Park in the wee hours of the morning (5am, a time too early to be alive) in the hopes of catching whoever – or whatever – was behind these crop circles.

And by we I mean my supervisor and me. He grudgingly tagged along to ensure that I wasn’t abducted on the job.

Not what we expected…at all

The stillness of the morning air seemed to suck even the sound of our footsteps away, as we approached the mysterious field.

Even the trees didn’t rustle, as if they were tensely anticipating a possible landing by the mothership.

As we trudged closer, I spotted the crop circles and instinctively knew they weren’t a natural phenomenon. If you think the pictures were edited on Photoshop:

b) Thanks for thinking our photo-editing skills go beyond Microsoft Paint.

But we don’t blame you for thinking that — the crop circles do look artificial and strangely fictional.

I was immediately drawn to how perfectly circular the circles were.

Would such perfect circles have been able to grow naturally? I doubt it. 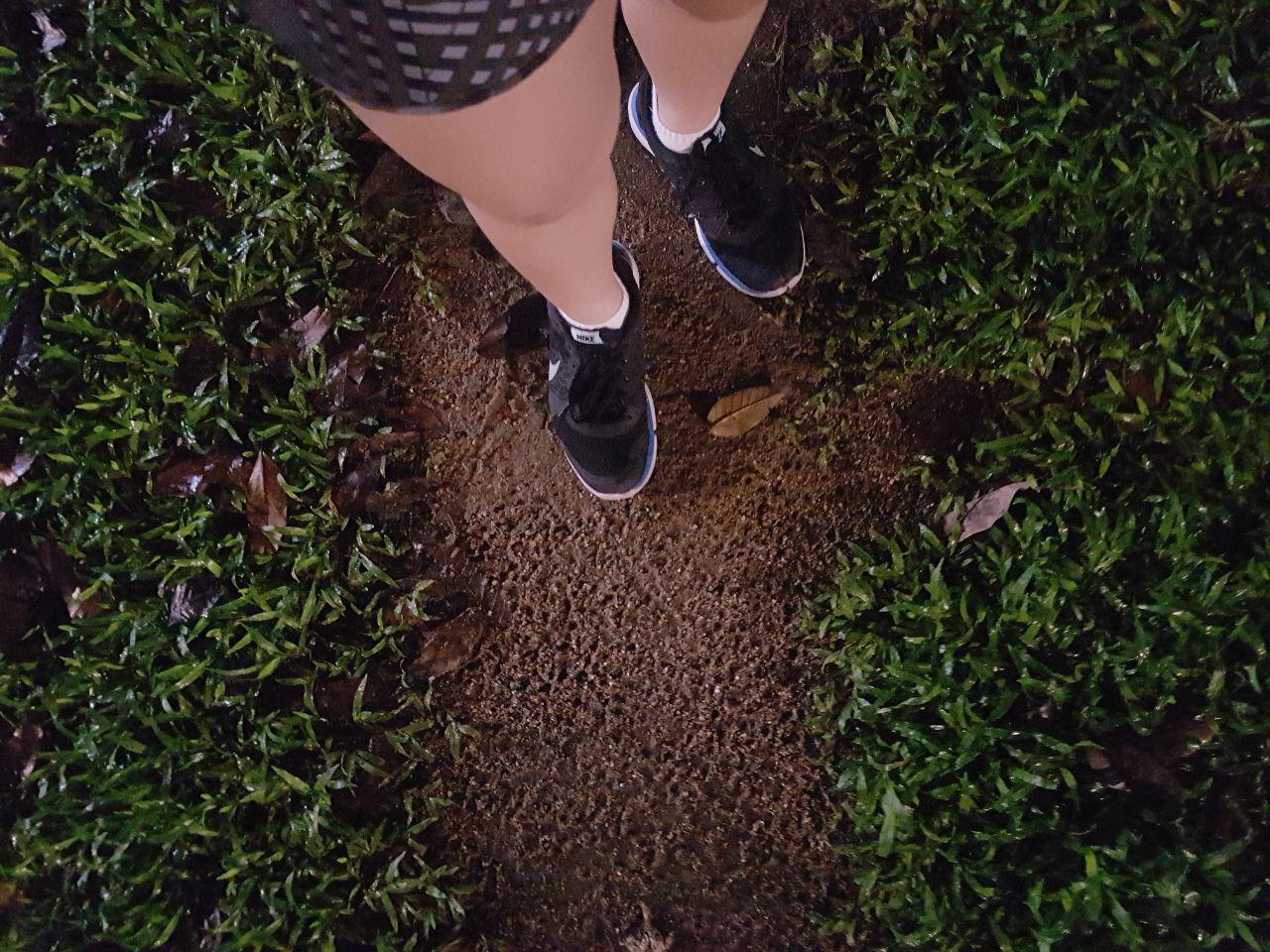 And look closely at the border between grass and soil. It’s unbelievably clean.

We’re also spooked by how neatly the grass grows within the ring — possibly winning any toddler with a crayon at this.

The next thing we noticed is the barren circle, smoother-than-the-head-of-a-freshly-shaved-NSF, looked almost as if the grass was pulled out blade by blade. 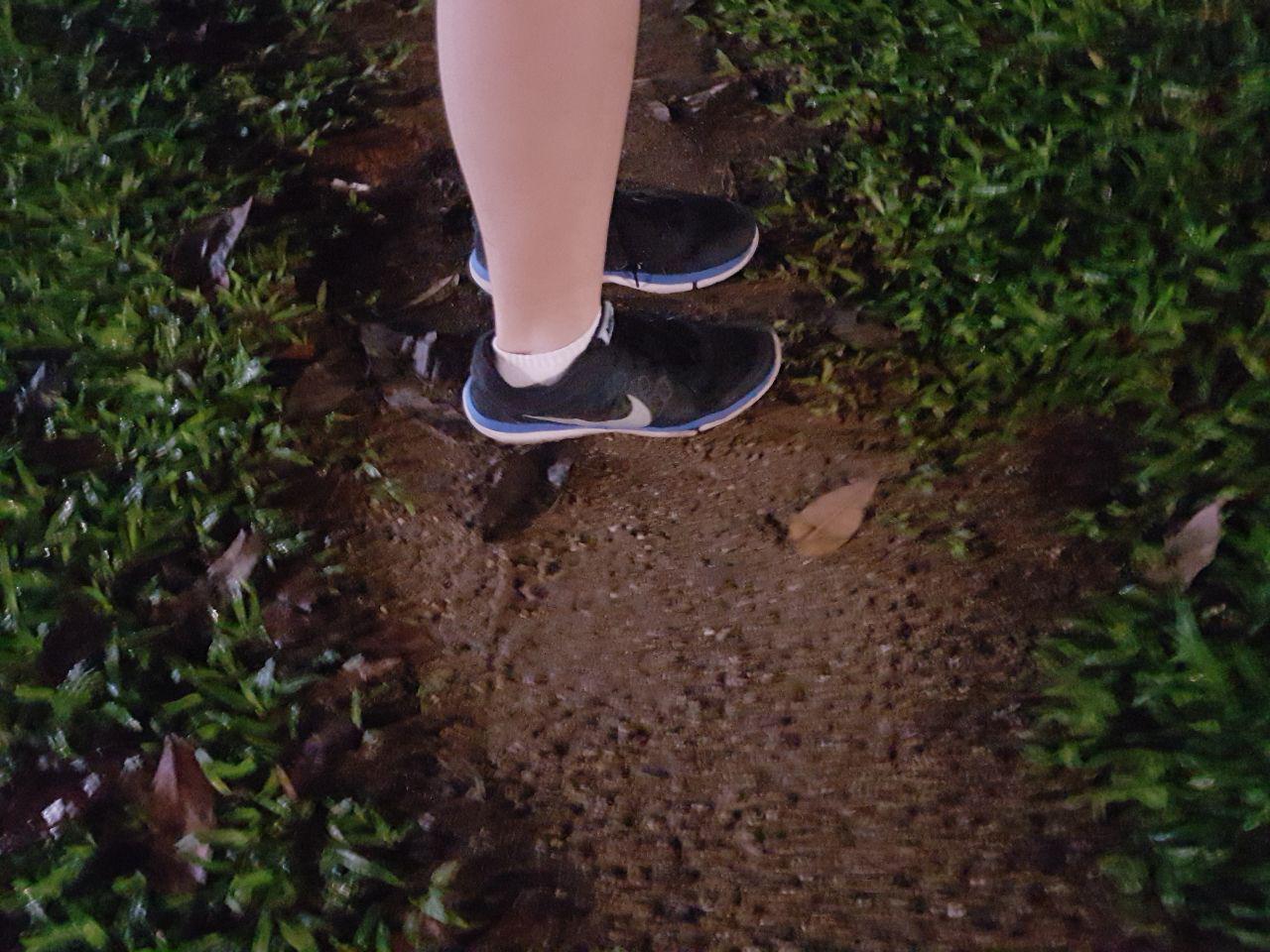 While these crop circles can’t compare to crazy ones like this 780-foot 6-sided one found in the United Kingdom 20 years ago, they sure are enough to boggle our mind.

What’s going on? We speculate.

Like us, most of the parkgoers we spoke to didn’t have answers to this mystery.

A long-time resident was one of the few people who noticed this phenomenon.

There used to be only one circle. I first noticed it when I was walking my dog last year. Since then, more of them have sprung up.

You would think that such big circles couldn’t possibly go unnoticed in a park with such heavy human traffic.

But they largely do.

One possible explanation for the markings is the group of elderly folk that frequently exercise around these trees.

Their constant trampling may be the reason why the grass has stopped growing. But that doesn’t explain why the soil is so perfectly barren.

A more logical explanation for the crop circles would be markings made on the ground for grown trees to be re-planted, not an uncommon practice in parks.

Even then, there’s no space for new trees to be planted in this field.

And residents can also vouch that no tree-growing activities have taken place here.

What do you think is the reason behind this crop circles?

See it for yourself

I was a skeptic and still am a skeptic — albeit slightly shaken.

I definitely wasn’t exaggerating about these circles. You just have to see it to believe it.

The crop circles can be found across the bridge from Block 251, Bishan Street 22. We reached out to NParks for further comment. But until they get back to us, the crop circles remain a mystery.

Does this suggest something more frightening to come? Considering Bishan’s past as a cemetery, we’re not exactly fussing over nothing.

Or are we just reading too much into the actions of elderly taichi or a cheeky grass-cutter?