Must Share News – Independent News For Singaporeans
Home News Crows Attack In Hougang, Food Once Again Blamed As Cause 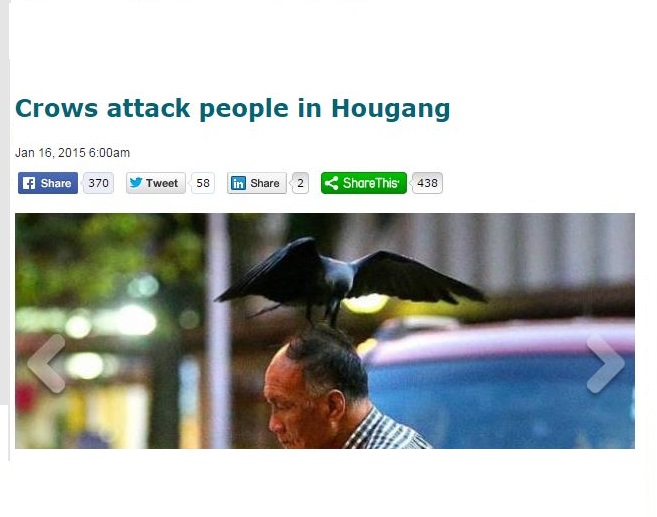 Crows have been sighted attacking people since January 13 outside Hougang MRT station. An elderly man with a plastic bag containing groceries was pecked in the head by one such crow, and within half an hour there were 7 attacks witnessed.

These crows would peck the unsuspecting target’s head before flying off.

The sight of crows attacking humans is not uncommon in Singapore, with 260 reported crow attacks last year. Crows are known to be extremely intelligent, perhaps even cleverer than some humans (!). They also eat over a hundred different types of food, notably fast food.

Feeding to blame for the attacks…again?

The New Paper noted that the attacked humans were carrying groceries or food, and Assistant Professor at the National University of Singapore’s Department of Biological Sciences, Professor Frank Rheindt, posited the possibility that people who are feeding the crows could have triggered the attacks. It is possible that the crows associate the ones carrying groceries with being their feeders due to their intelligence. In other words, they just want to be fed.

He also called on people to stop feeding the crows.

Where have we heard this story before? Hmm…

The Bukit Batok rat invasion? During that incident, stray dog feeding was blamed by the Housing and Development Board (HDB), the National Environment Agency (NEA), Agri-Food & Veterinary Authority of Singapore (AVA) and Jurong Town Council as being the cause of the rat infestation. 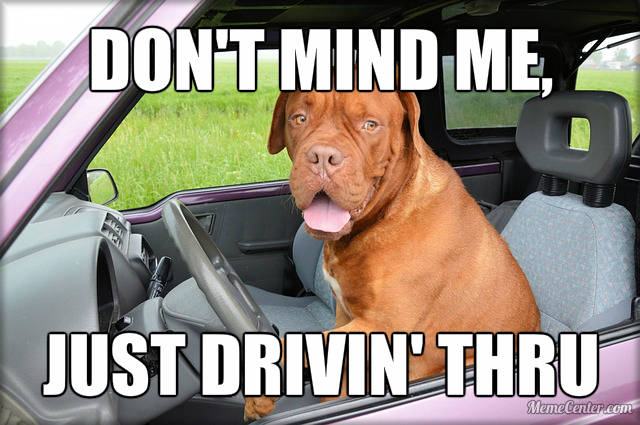 Other experts later refused to blame the dog food as a sole cause for the rats in a later interview. We’ll leave you to guess how the various agencies came to the conclusion that stray dog feeders caused the infestation.

Right now, we’re just waiting for a suspiciously clean and unopened 10kg bag of food to be found outside Hougang MRT station.

Is feeding really the cause? Here’s the thing about crows: they can attack for a myriad of reasons, and being hungry is only one of them.

Crows are also highly territorial and will not hesitate to attack people whom they think are encroaching on their territory.

Some of them also bring people back from the dead for revenge. But will they attack for no good reason? The answer is: not likely, unless they are sent by a certain incarnation of evil.

With that said, should the crows in Hougang be culled, like they usually are when complaints occur? Or will the crows stop the attacks when people stop being fed?

There are probably more humane methods when it comes to crows than killing them. That is of course if they don’t end up pecking somebody’s eyes out. An eye for an eye, so the saying goes.