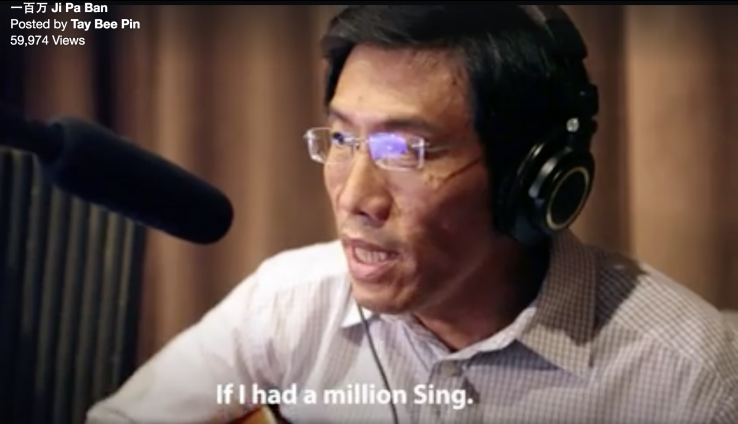 The video has already racked up 59,974 views in about 14 hours since it was uploaded. The video is the idea of Wormwood Studio‘s Producer/Director Tay Bee Pin, who said in his post that he wanted to make a Facebook video of Dr Chee Soon Juan when the director found out that the politician would be standing for the upcoming by-election in Bukit Batok. A video crew followed Dr Chee on his walkabouts and captured the life, worries and woes of the Bukit Batok residents and the final result is Dr Chee Soon Juan showing off his guitar strumming skills, while singing what is probably his favourite song.

Who knows if the upcoming rallies might even be getai style.