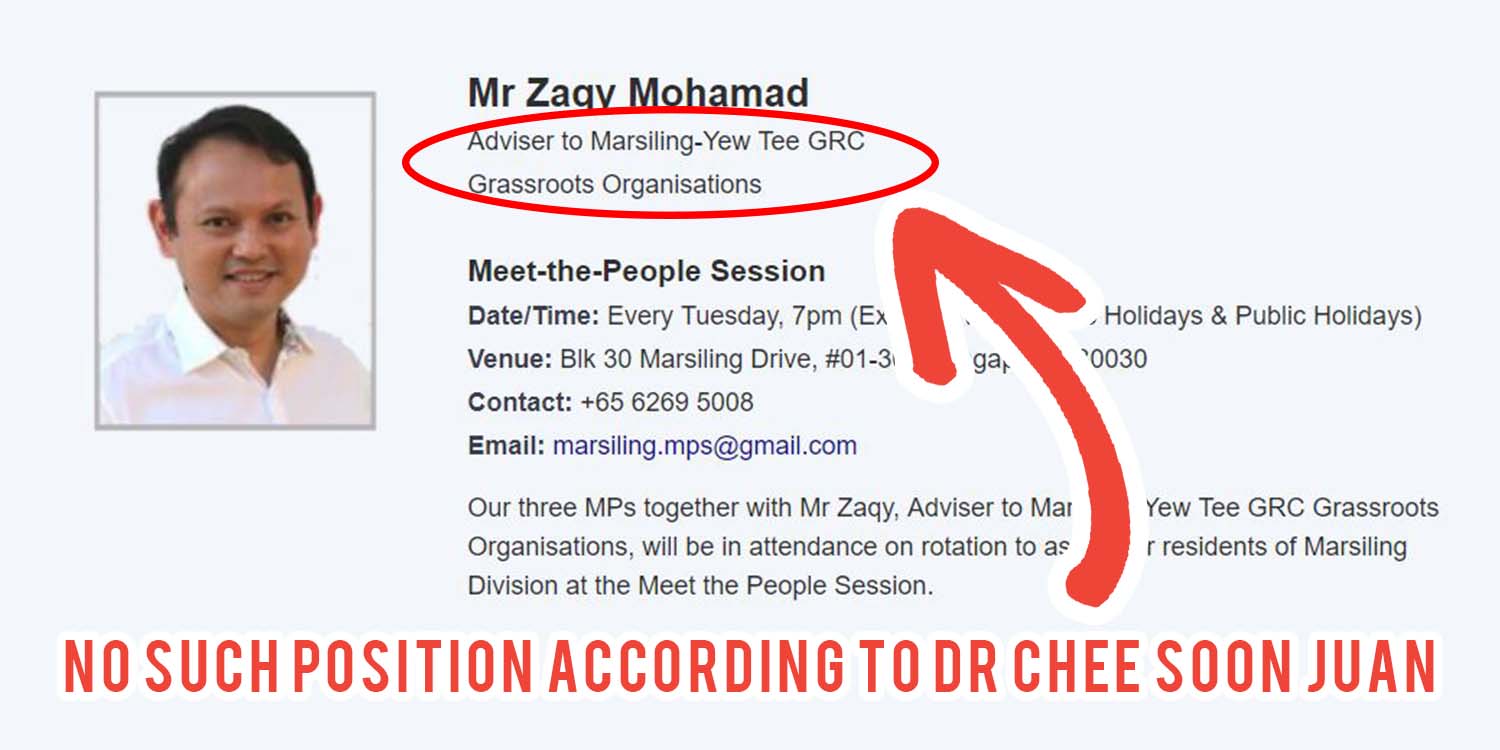 After filing a lawsuit against the government for not having a by-election to replace Madam Halimah Yacob, the last thing that Dr Chee Soon Juan was expecting was to see, was a picture of Choa Chua Kang GRC MP Mr Zaqy Mohamad appearing in a Marsiling-Yew Tee town council banner.

Singapore Democratic Party’s (SDP) Secretary-General has repeatedly expressed his displeasure that the government is not calling for a by-election to replace Madam Halimah’s vacant position as Minister of Parliament for Marsiling-Yew Tee GRC, after she stepped down to run in the 2017 Presidential Elections.

With Mr Zaqy featuring prominently in this Deepavali season greetings, it seems that he has unofficially also become an MP for Marsiling-Yew Tee. Officially, Mr Zaqy was appointed the adviser of Marsiling-Yew Tee GRC Grassroots Organisation, while still performing the same role for his elected GRC, Choa Chu Kang.

Shouldn’t even be in picture

In his Facebook post on 6 Oct, Dr Chee shared a link to an article on the SDP’s website. The article argued that Mr Zaqy had no right to be displayed in the banner as he had not been elected by Marsiling-Yew Tee residents in the previous general elections.

Furthermore, the SDP argued that there is no such thing as ‘Adviser to Marsiling-Yew Tee GRC, Grassroots Organisations”, an appointment that has been attributed to Mr Zaqy on the GRC’s website.

The article went on label this as an “abuse of power and a contravention of the democratic process” by the PAP.

Dr Chee fervently believes that the government is being unconstitutional by preventing a by-election for the vacant spot.

So strong is his belief, that the SDP will be filing a lawsuit to challenge the Government’s decision not to hold a by-election. The basis of the lawsuit hinges on Article 49 of the Constitution, which states that in the event an MP is removed for Parliament, the vacant slot must be filled via an election.

The only time this article is not applicable, is when the entire Parliament is dissolved.

In a Parliamentary sitting earlier this year (6 Feb) Workers’ Party member, Pritnam Singh had sought to clarify this point. During the sitting, Minister in the Prime Minister’s Office Chan Chun Sing reminded the House that there was no need to hold a by-election when one member of a GRC teams leaves their capacity.

With Dr Chee’s court proceedings only beginning on 9 Oct, it seems that the SDP leader is powerless to stop the Town Council from putting up such banners. 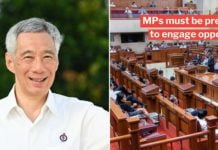 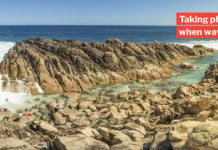