Workers’ Party (WP) candidate Chen Show Mao posted a picture on Facebook today (8 Sept) proudly announcing that it’s a possibility for him to vote for himself in the upcoming GE2015. 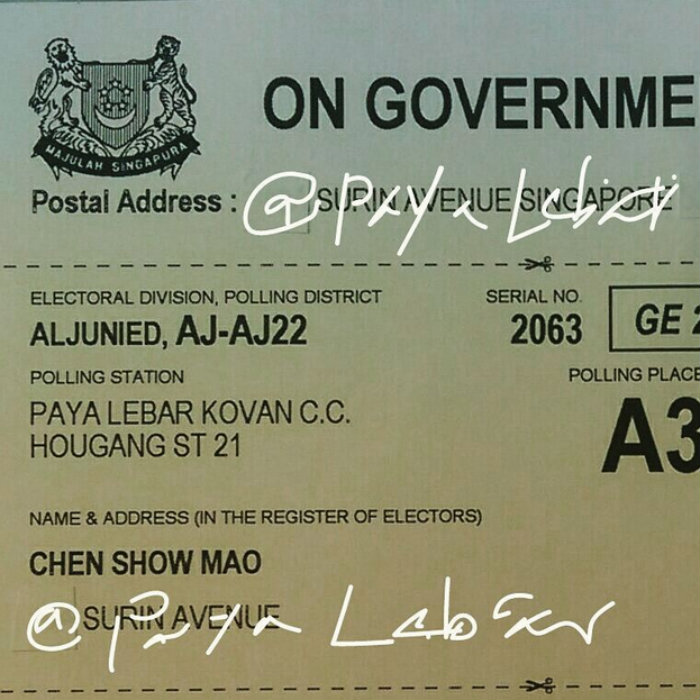 We’ve also just found out that he lives somewhere along Surin Avenue.

Chen wrote in his Facebook photo status that he wishes to vote responsibly. In order to do that, he chose to follow the advice given by ESM Goh Chok Tong to The Straits Times on Saturday (5 Sept).

Seems like Chen is aiming for the epitome of “ownself check ownself”, a mantra espoused by ESM Goh as well.

Chen has always been known as the charismatic candidate, as it’s not a rare sight to spot him interacting and humbly helping the people around Kovan or Paya Lebar. With this, it is of no surprise how Chen would joke about voting for himself in the upcoming #GE2015.

Of course, we don’t really know if CSM is actually going to vote for himself. Because, you know, your vote is secret.

But would you vote for yourself if you were a candidate as well?

I know I would.