Pets may spur impulse buying, only to be abandoned when the owner gets sick of them or lack responsibility. Pets are not accessories, but a commitment. If you can’t afford the time and effort, why not do some Instagram stalking?

Besides, who can resist these furry paws? Their silly antics would surely brighten one’s day. Here’s 12 of our favourite Instagram-famous pets :

Despite this corgi’s youthful looks, it is actually a 12-year-old. Apparently, it likes to steal sweet potatoes, which explains the Instagram handle. The ambitious corgi would also like to own a supermarket someday.

a. “Stop staring at my butt, you pervert.”

c. Who says dogs can’t do the catwalk? Butter the Sheltie (Shetland Sheepdog) is a six-month-old doggy from a local breeder. She likes to smile, so you can always count on her to chase away the blues.

a. She even has a special heart-shaped white patch on her body. 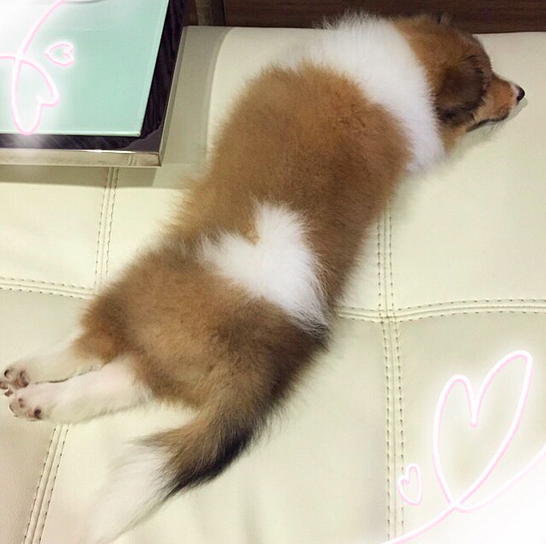 b. Maybe Butter can go on to be runway model in future?

c. What about some grocery shopping with Butter? 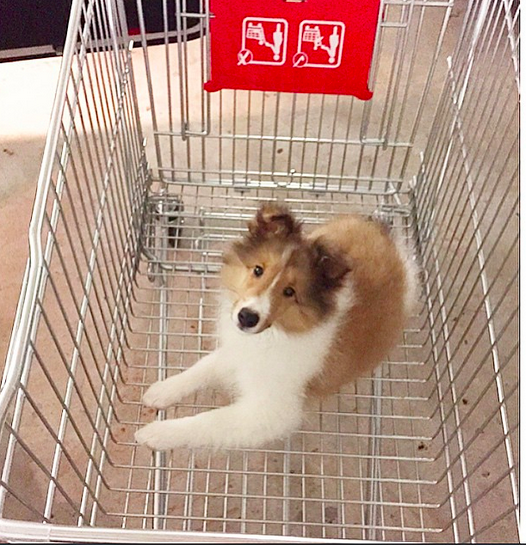 When a corgi and a dachshund meet, they get up to a whole lot of fun! 4.5-year-old Lele the daschund and 2-year-old Coco seem like an inseparable pair.

a. What about some matchy matchy?

b. “Being a dog’s not all fun and laughter. You’d know if you were in my shoes!”

Smallie is a corgi livin’ the life – everyday is a weekend for the corgi (we jelly!). Smallie also enjoys exploring different parts of Singapore together with his companion, Tugger.

a. The dogs at MBS for the first time. Feels a bit like lady and the tramp eh? 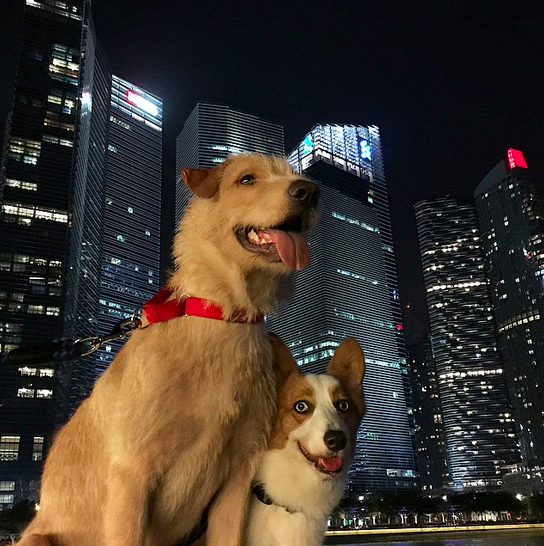 If you’ve watched MediaCorp blockbuster Sudden, you’d have seen Flapper acting in the drama. The smart golden retriever even played dead in a scene in which a devastated Romeo Tan found his beloved Flapper killed.

And if you didn’t know, Flapper takes after his owner’s surname, which makes him Flapper Choo. Here are some trivia you never knew about Flapper:

a. His siblings are Frodo, Pebbles, Fluffy and Frappe. 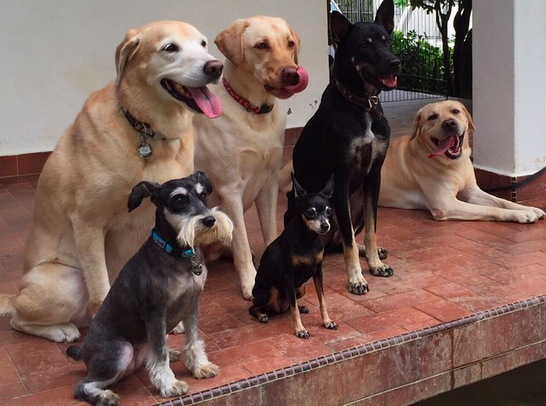 b. Flapper can swim. 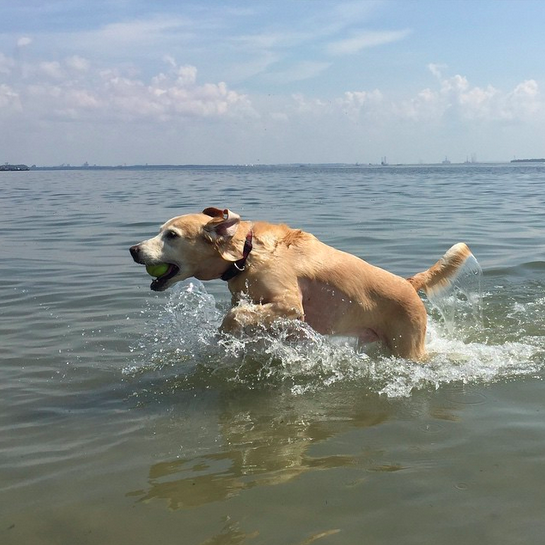 c. He’s a charmer. Even stars love him. 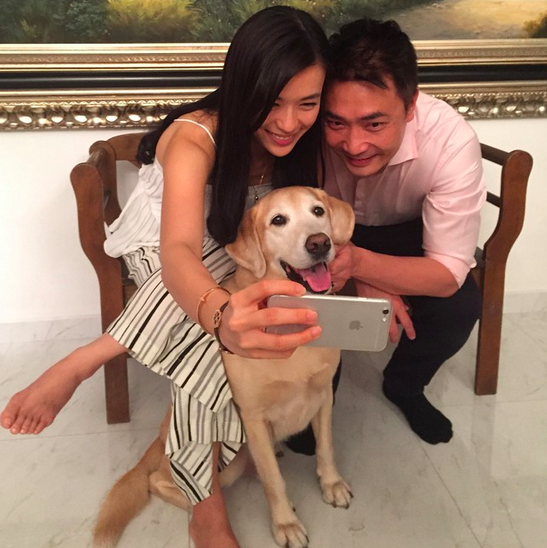 Pirate the Frenchie is a two-year-old Frenchie that enjoys making derpy faces for the camera. Living up to its namesake, it has a black patch over an eye – aye, aye, pirate!

a. Pirate the frenchie. 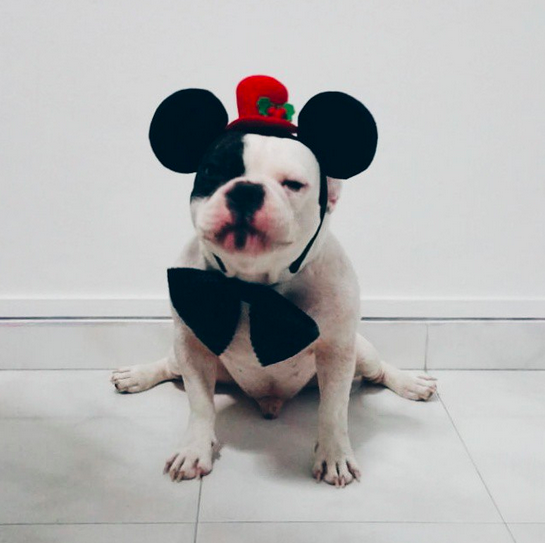 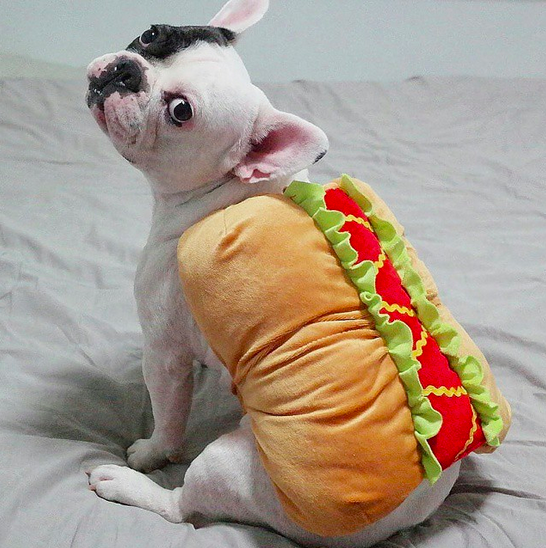 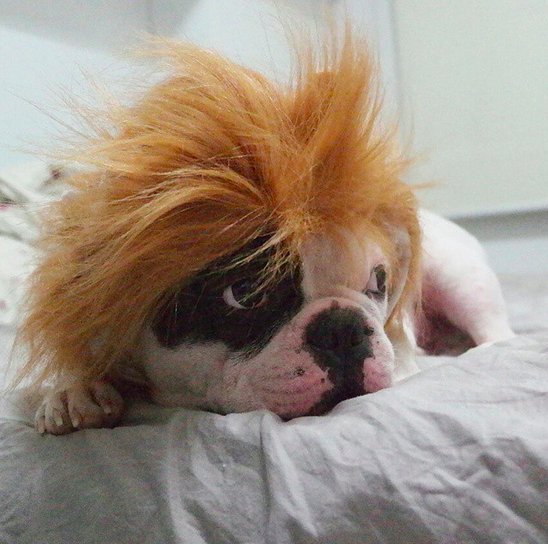 This vanilla pup is a two-year-old West Highland Terrier. She also has a blog here, where first-time dog owners can pop by for guidance.

a. Can you spot Latte? 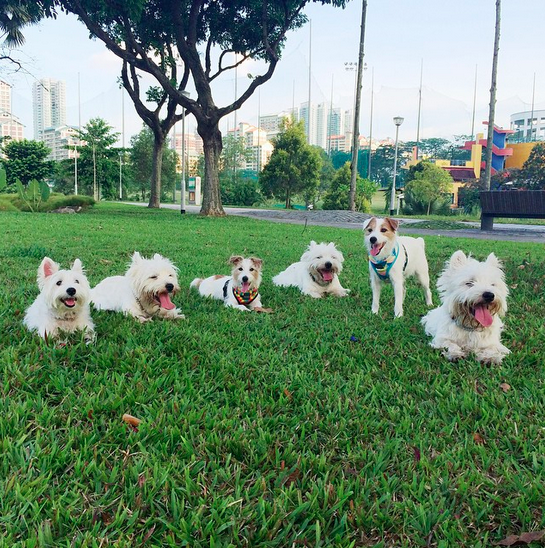 b. Enjoying a soak in the bathtub! 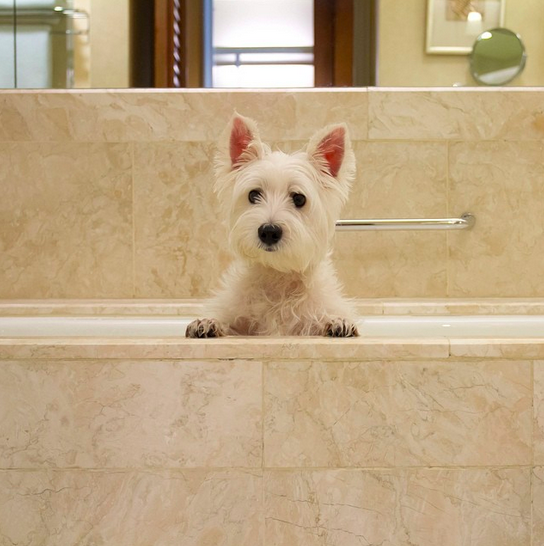 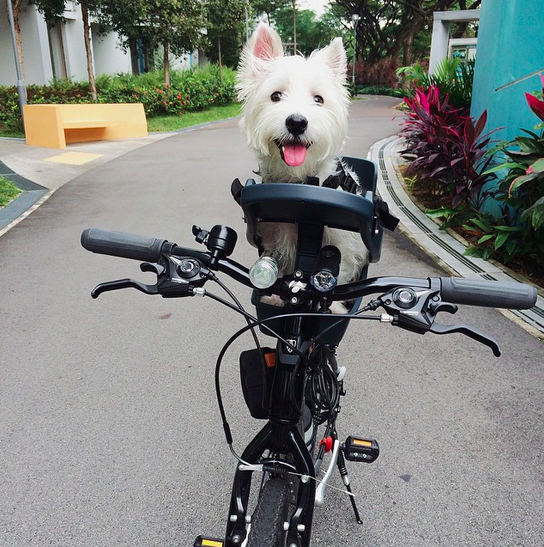 This chubby bunny’s Instagram account is managed by his father, Fatty Loo. Mookie has three siblings in the form of hamsters (thankfully Mookie doesn’t eat them!), Puff, Ramen and Udon. Through Instagram, Loo gives us a glimpse into the life of Mookie – a bunny with an interesting personality.

a. He likes napping. But not before he flops onto his side. b. He always seems to have a lot to say. Loo must be the bunny whisperer. c. He can flare his nostrils. I didn’t know bunnies could do that, until Mookie. 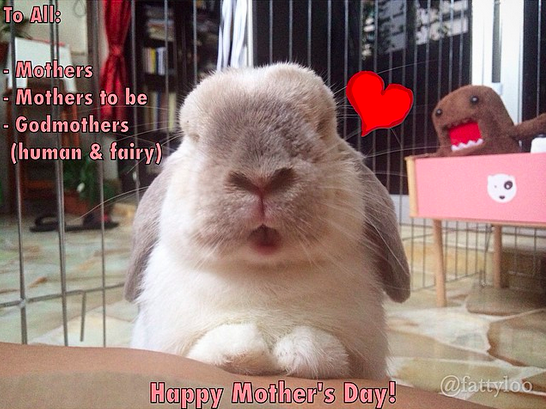 Follow the adventures of Marshall, Quinn and twins Boar & Rex as they entertain their fans with their antics. Their curious and greedy nature makes them so adorable that anyone would squeal in excitement.

a. *throws Pokeball* gotta catch them all! 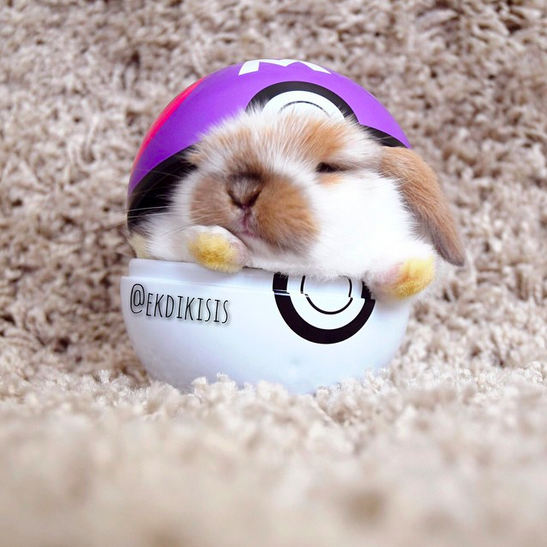 b. Plush toys, or real bunnies? 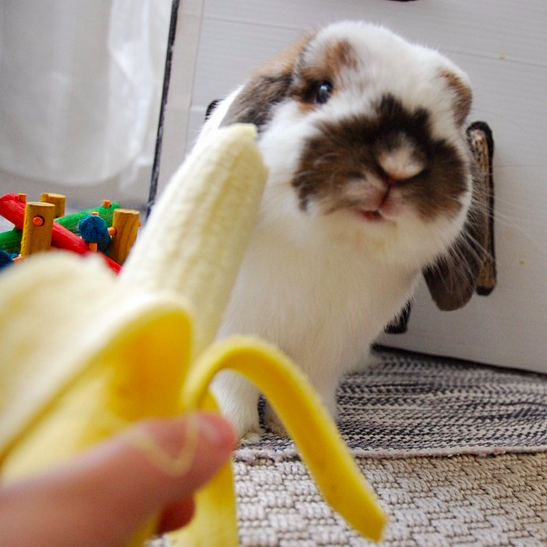 The 6-month-old baby Pomeranian of social media celebrity Naomi Neo, baby Buncha is on her way to stardom. She might have just hopped on the Instagram bandwagon two months ago, but has already garnered 20.6k followers. What makes her so endearing to her fans?

a. Maybe it’s how baby Buncha claims territory on the couch. 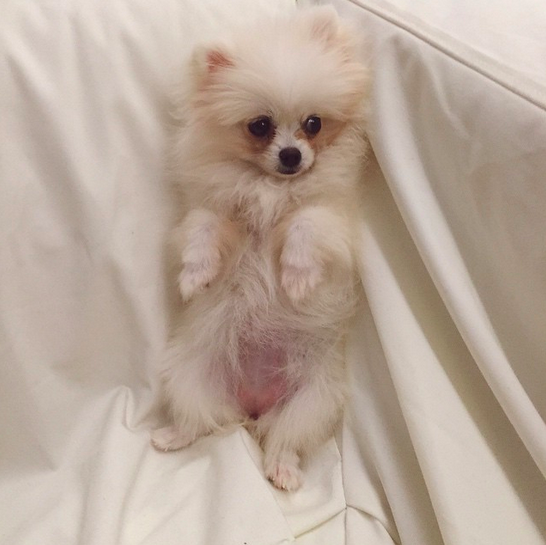 b. Or how she nails that puppy-eyed look. 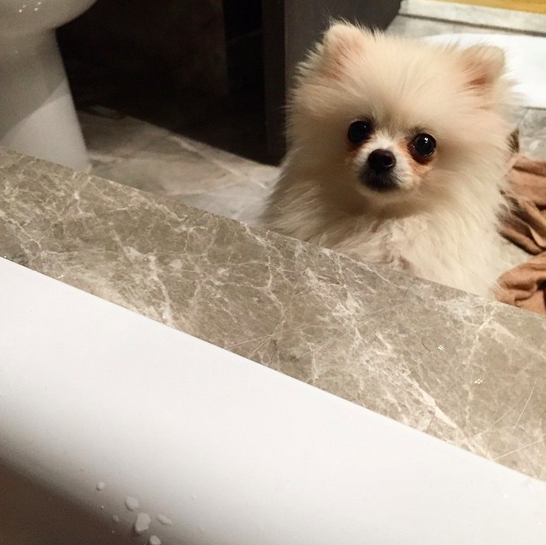 c. Or simply how pretty she looks in pink! 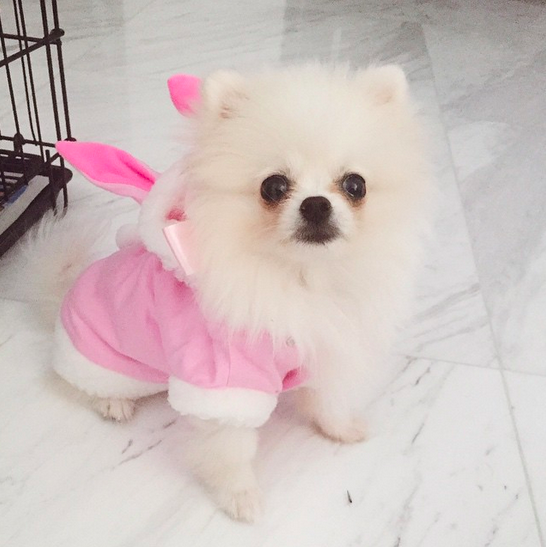 Ching Ching sure is one social media savvy doggie, with her own email address, blog and even YouTube channel. Ching Ching may be two years old, but she still looks every bit like an adorable pup. The little yeti also enjoys performing little tricks to keep her humans entertained.

a. The tai tai-dog that seemed to have appeared from Breakfast at Tiffany’s 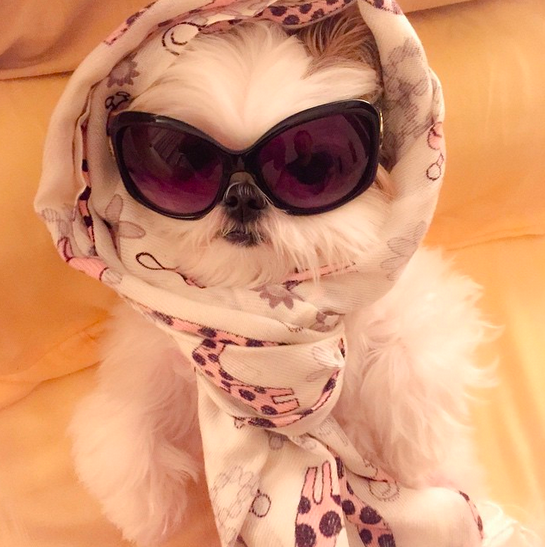 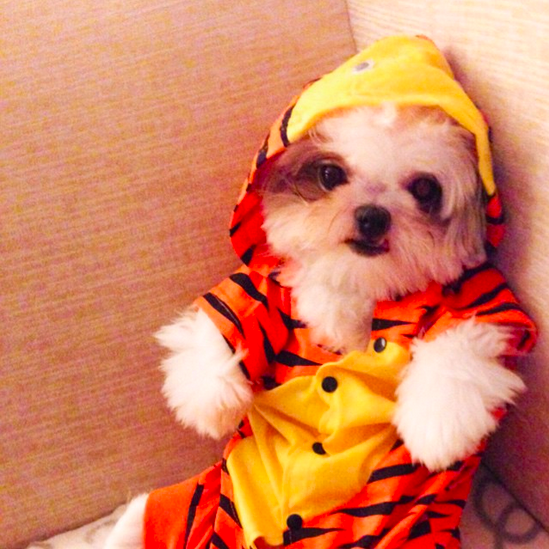 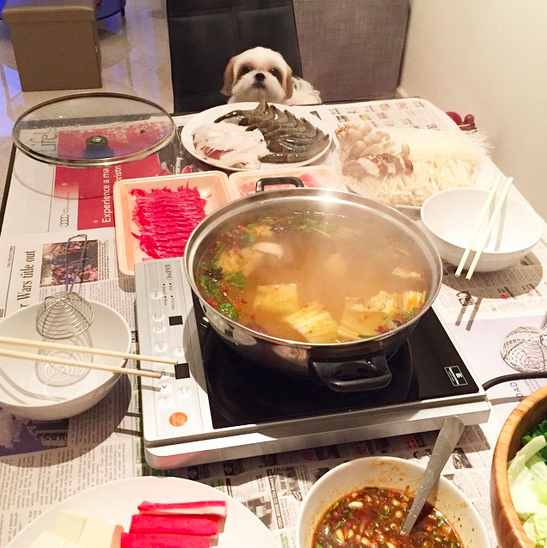 The most patriotic chinchilla around, hands down. BuBu’s popularity skyrocketed after her owner posted photos of her on Instagram, with even international news outlets like DailyMail reporting about her. In fact, the chinchilla has even more followers than Caldecott’s princess Joanne Peh (113k) or duke Ian Fang (164k).

Unfortunately, the adorable 8-year-old had passed on, but fans would always remember her sweet smile. R.I.P, BuBu. In memory of BuBu, here are some photos of our favourite chinchilla.

a. BuBu showing fans around his homeland, with iconic spots like MBS and Singapore Flyer in the background. 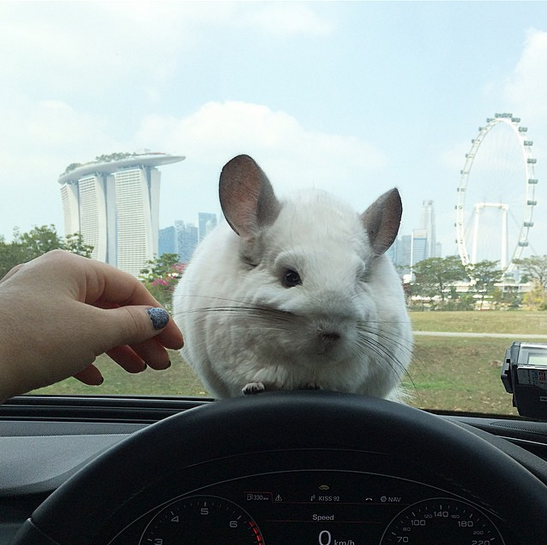 b. “It’s too stressful being a chinchilla, maybe I should go on a holiday!” 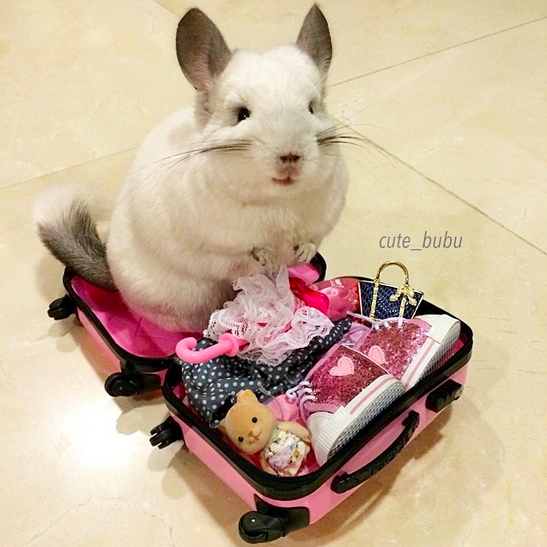 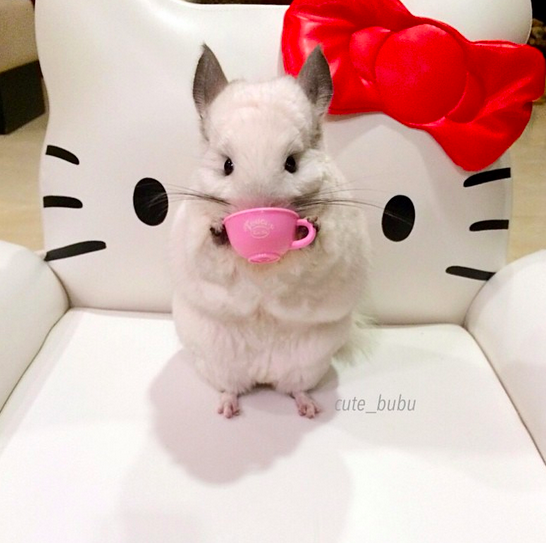