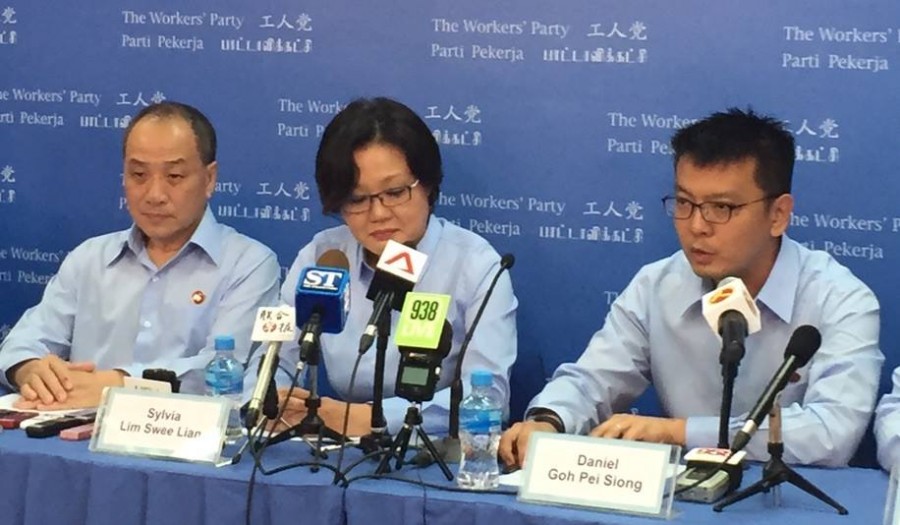 She seems more worried about him not getting enough sleep

Forget it. Either you’re so threatening they need to stoop so low or they are so boh liao. I think your (all of you) time is better spent resting. Nothing to it. You know it’s bound to happen, gutter politics. No need to convince me. Make the meeting with Low chop chop. Tell him your wife says you need to sleep.

That was the SMS reply Daniel Goh got from his wife after allegations broke out that the Associate Professor at the National University of Singapore (NUS) had an affair with a former student.

The allegations made against Daniel was sent via email to several newsrooms as well as to the chairman and secretary-general of the Workers’ Party Thursday night (27 Aug).

The sender, one “Max Chan”, alleged that the affair took place in 2008 with a post-graduated student. The writer added that the woman’s boyfriend found out about the affair after coming across her phone messages.

In a Facebook post, Dr Goh refuted the allegations, calling it a poison letter. He added that the letter was to smear his image and had caused great hurt to him and his family. He also thanked those who supported him and encouraged him to stand strong.

The Straits Times reported that Dr Goh admitted to knowing the woman and that they still kept in contact “because she respects [him] a lot as [he] advised her on the PhD studies in the US”.

In a new post on Facebook Friday morning (28 Aug), Daniel reminded his supporters to focus on the issues at hand for the coming general elections on 11 Sept. He also expressed that smearing should not be responded to with further smearing as it is not healthy for Singapore.