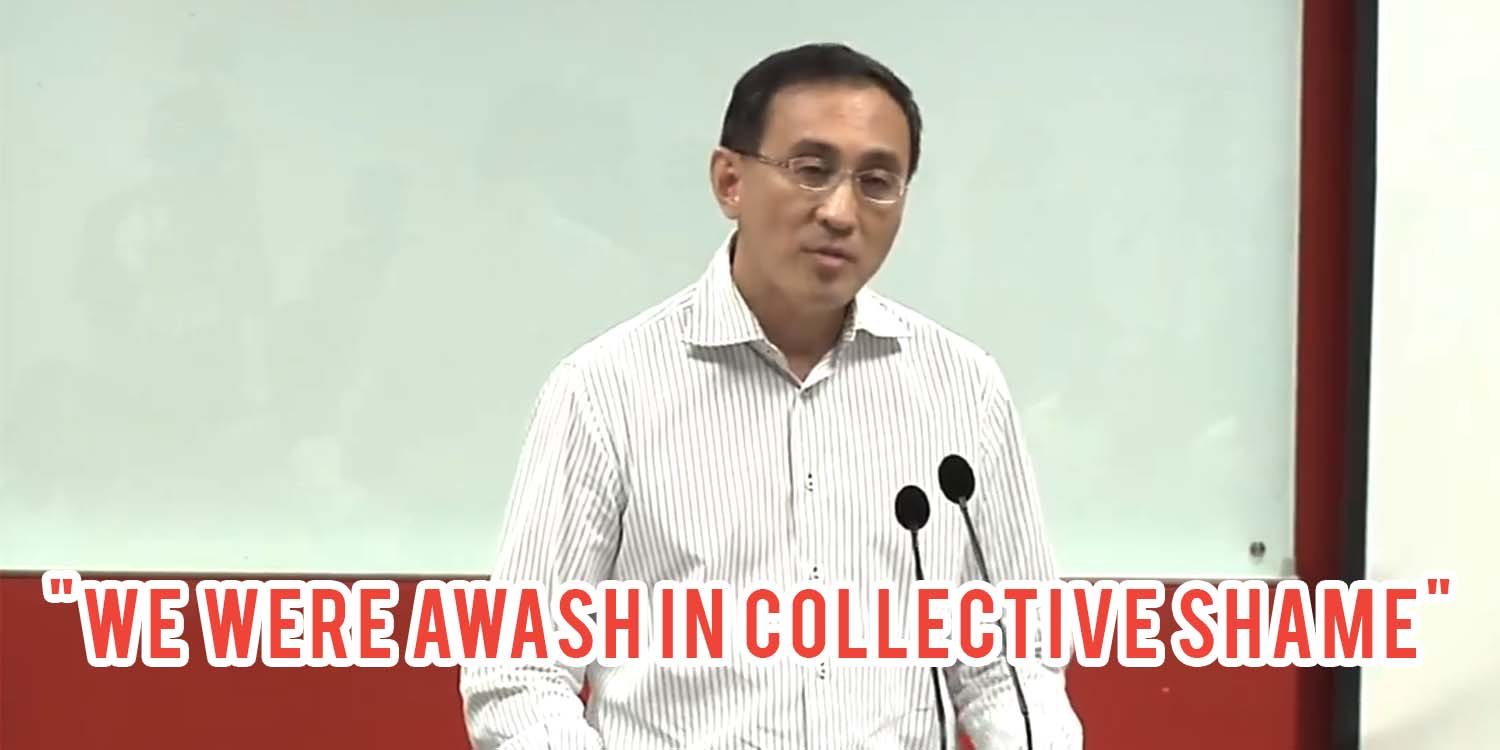 “If there is poor work culture, the CEO is responsible. You set the corporate culture.” These were the powerful words that Transport Minister Khaw Boon Wan uttered in a parliamentary sitting on 7 Nov, as he broke his silence on the flooding of Bishan MRT. It seems that these words stung SMRT bigwigs Desmond Kuek and Seah Moon Ming into action. Both were in the viewing gallery as Minister Khaw delivered his ministerial statement on the flooding, and that must surely have been the most awkward seat in the house.

According to mainstream media reports, SMRT’s Chief Executive Officer Desmond Kuek sent an internal memo to SMRT staff the very next day (8 Nov) to galvanise his troops after the ordeal. Talk about efficiency.

In the internal circular, SMRT CEO Desmond Kuek lamented that while 2017 should have been a celebratory occasion for SMRT as it celebrates its 30th anniversary, the company was instead faced with another disruption. Not for the first time, SMRT has become a target board for criticism following one of the worst breakdowns in history, after the Bishan flooding caused disruptions that lasted nearly 20 hours.

However, the man who volunteered to become SMRT’s CEO has urged his staff to learn from this mistake and to emerge “better and stronger” in the circular titled “Resolve To Do What’s Right“.

Transport authorities, Ministry of Transport and Land Transport Authority, have distanced themselves from SMRT’s failure, but Mr Kuek is standing by his staff and accepting the blame. Here is what he said:

“We were awash in collective shame because a few of our staff had let us down. They did not do what they were entrusted to.” (emphasis ours)

Although SMRT has encountered this setback, Mr Kuek encouraged his staff, saying that “we should take this as a lesson learnt” (emphasis ours).

While we might have criticised SMRT quite a fair bit, we must give credit when it is due.

It would have been easy and unsurprising if Mr Kuek had pinned the blame entirely on his maintenance staff. However, Mr Kuek’s use of “we” shows that at least he is taking ownership of the fault and that he identifies himself as part of the SMRT family, rather than their distant boss.

This is important if Mr Kuek is to change the deep-seated cultural issues that he first identified when he first became SMRT’s CEO in 2012.

Victim of their own success

One of the main reasons that led to the Bishan incident was the falsification of maintenance documents even though no maintenance was actually carried out.

Mr Kuek suggests that years of smooth and efficient service eventually led to this lack of integrity and responsibility. Mr Kuek said that maintenance supervisors “assumed that nothing would go wrong just because it hadn’t gone wrong before”. This has led to complacency which was punished by the recent Bishan incident.

The Bishan incident has served as timely wake up call for SMRT with Mr Kuek said that they should “take this as a lesson learnt”.

He stressed that SMRT staff must have “integrity and not be dishonest” on top of being “accountable” and “vigilant”. He also addressed the managing team, urging them to “be responsible for the performance of their teams”.

It is this inter-dependency and camaraderie that SMRT Teams should strive towards if they want to improve the work culture.

At least he is trying

Now we know that netizens will argue that Mr Kuek should have solved this problem long ago given his high wages and the fact that he “volunteered” for the job. However, sometimes it is easier said than done.

At least the Bishan incident has revealed the hidden problems faced by SMRT and that at least something is being done to solve the issues.

It has been too long since SMRT services have been deemed as reliable and efficient. Perhaps, this will be the start of the journey back to the train system that we were once proud of?