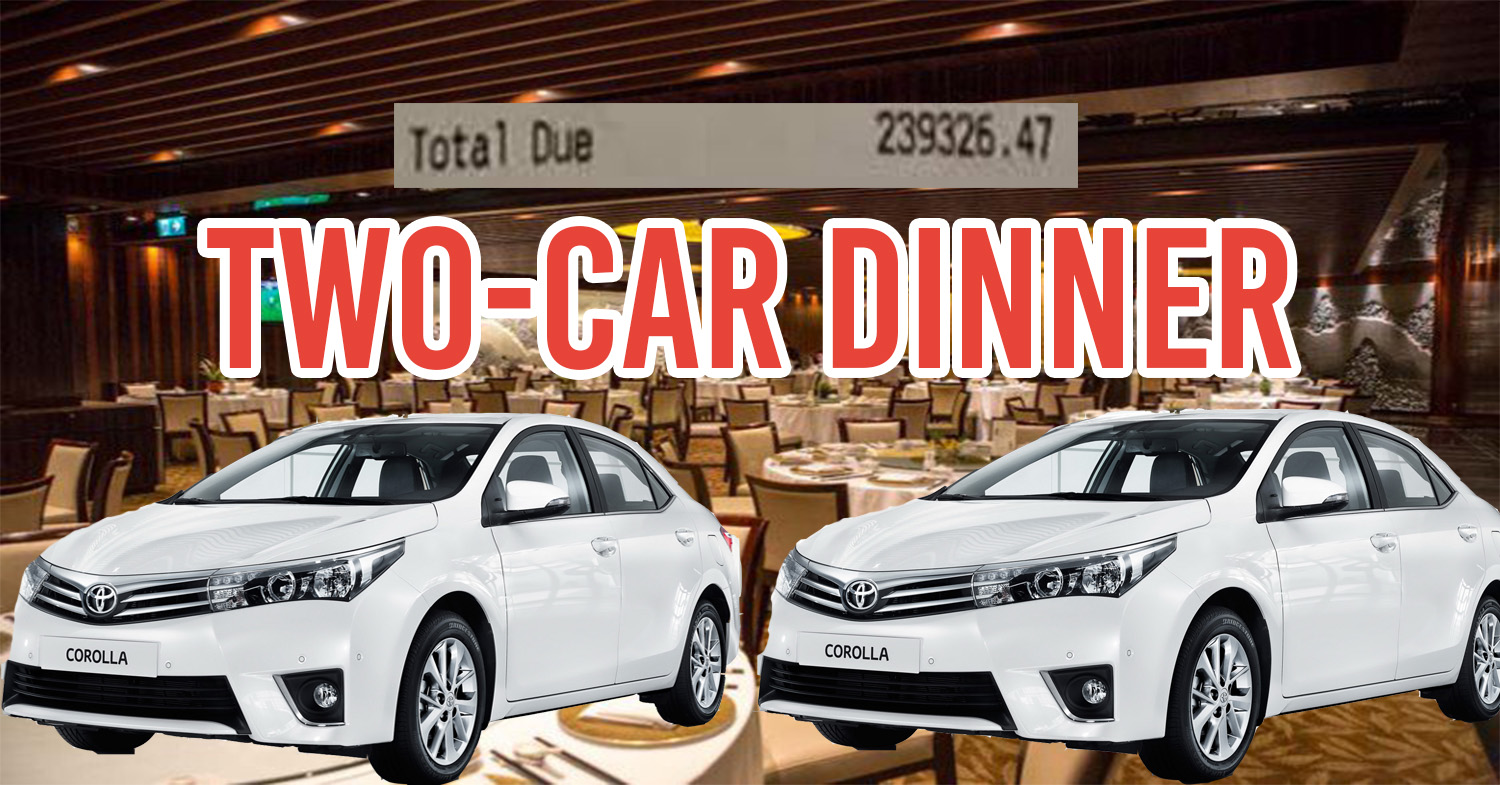 You may think you spent a lot on dinner over the Chinese New Year, but we’re sure it wasn’t enough to buy a car.

No matter what we ordinary folks do, we just can’t beat what these folks spent on what was possibly a reunion dinner on Jan 27 at Feng Shui Inn, a posh Chinese restaurant at Resorts World Sentosa. 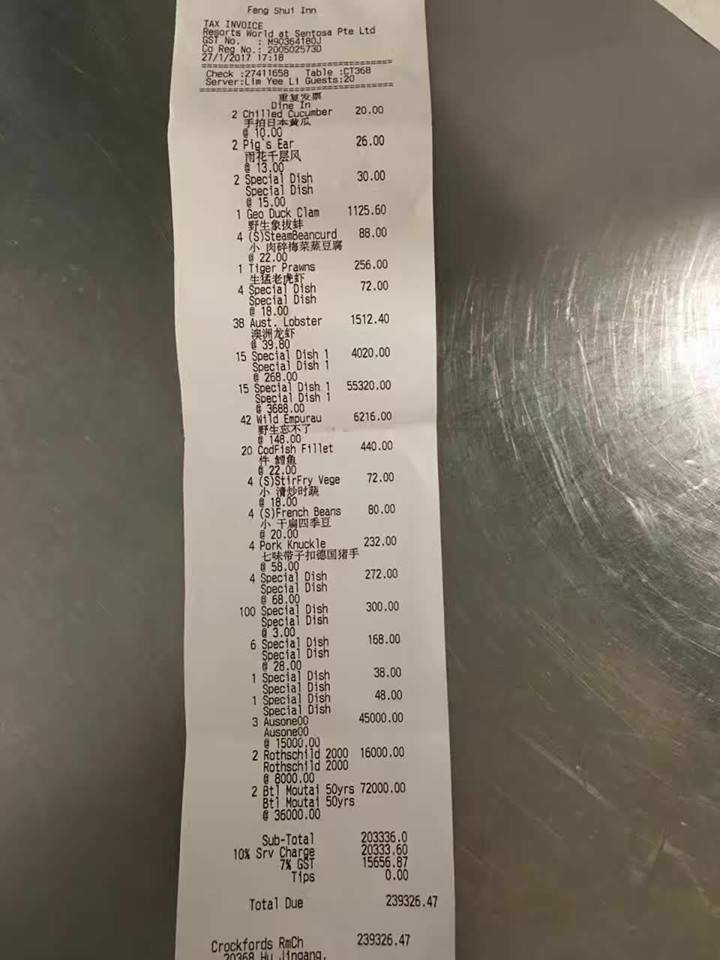 Facebook user Mano Sabnani uploaded a photo of this legendary receipt yesterday morning, and it’s startling contents have already attracted over a hundred shares and 50 comments.

Mostly because the entire meal amounted to a whopping total of $239,326.47 — that’s enough to easily buy two cars in Singapore, and that’s saying a lot, considering how expensive our cars are.

How Much For A Car?

From the receipt, the diners were eating on Chinese New Year’s Even, and were a group of 20 — which makes it just $11,966 per person. The price of a cheap wedding maybe?

$3,688 per special dish. We don’t know about you, but this dish must be pretty damn special. Perhaps it’s a gold-plated cake, has diamond-encrusted prawns, or idek man, comes with a complementary A-level certificate with 8 distinctions? #WANT

Even better, a plate of tiger prawns that costs more than most of our school fees.

Think: Genetically modified hybrid of a tiger and a prawn.

Don’t ask me how, just embrace the possibilities.

And 100 $3 special dishes? There are only 2 possible scenarios — company dinner or crazy mukbang eater. I’m guessing it’s the former.

If you’re feeding hundreds of people, hundreds of thousands of dollars may be expected, especially since you’re dining at Resorts World Sentosa. But for 20 people?

People have fed hundreds of people at lavish wedding dinners for much less than $239,000.

To pay for service charge that amounts up to tens of thousands of dollars, we would expect service fit for a king. At the very least, it should be of a higher quality than that of Hai Di Lao, which is well known for their amazing customer service standards.

We’re expecting cushioned seats, entertainment options, and basically everything you can find on a Singapore Airlines A380 first-class seat.

Facebook users’ responses were mixed though. Some users saw the funny side of it:

But others weren’t too pleased, calling the expenditure a waste: 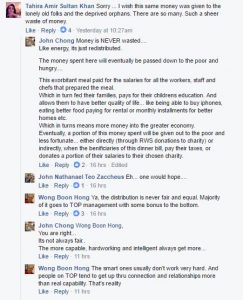 While we do agree that money like could have gone to better use, especially considering the many less fortunate folks around, we have to admit there is some truth in what John Chong said — money is never wasted, only redistributed.

After all it is the spender’s hard-earned money, so they are entitled to use it however they want — but perhaps they shouldn’t show it off over social media next time.

All we can say is, such extravagance is definitely not for the average person.

We who can’t even afford one car won’t be able to spend what amounts to the price of two cars on just one meal — we’ll stay at our hawker centres and make our own special dishes, thank you very much.