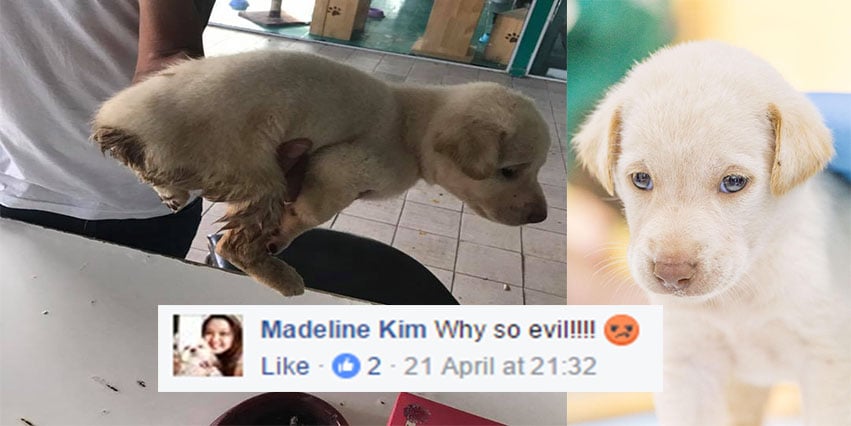 We hear stories about animal abuse almost every week — it almost seems like Singapore is filed with cat and dog abusers. We don’t blame people for thinking that our society is hopeless when they hear of such lurid cases.

Sometimes though, we’re lucky enough to hear about people like Apollo Chan, who discovered a stray dog without a tail, and immediately took action:

In fact, Mr Chan is a frequent feeder of strays, and stumbled across the dog on one of his feeding rounds. If not for him, the dog would have been left to be infected with more and more maggots.

Here’s a look at where the dog’s missing tail was (warning: viewer discretion advised. If you’re squeamish you might want to skip the photo below: 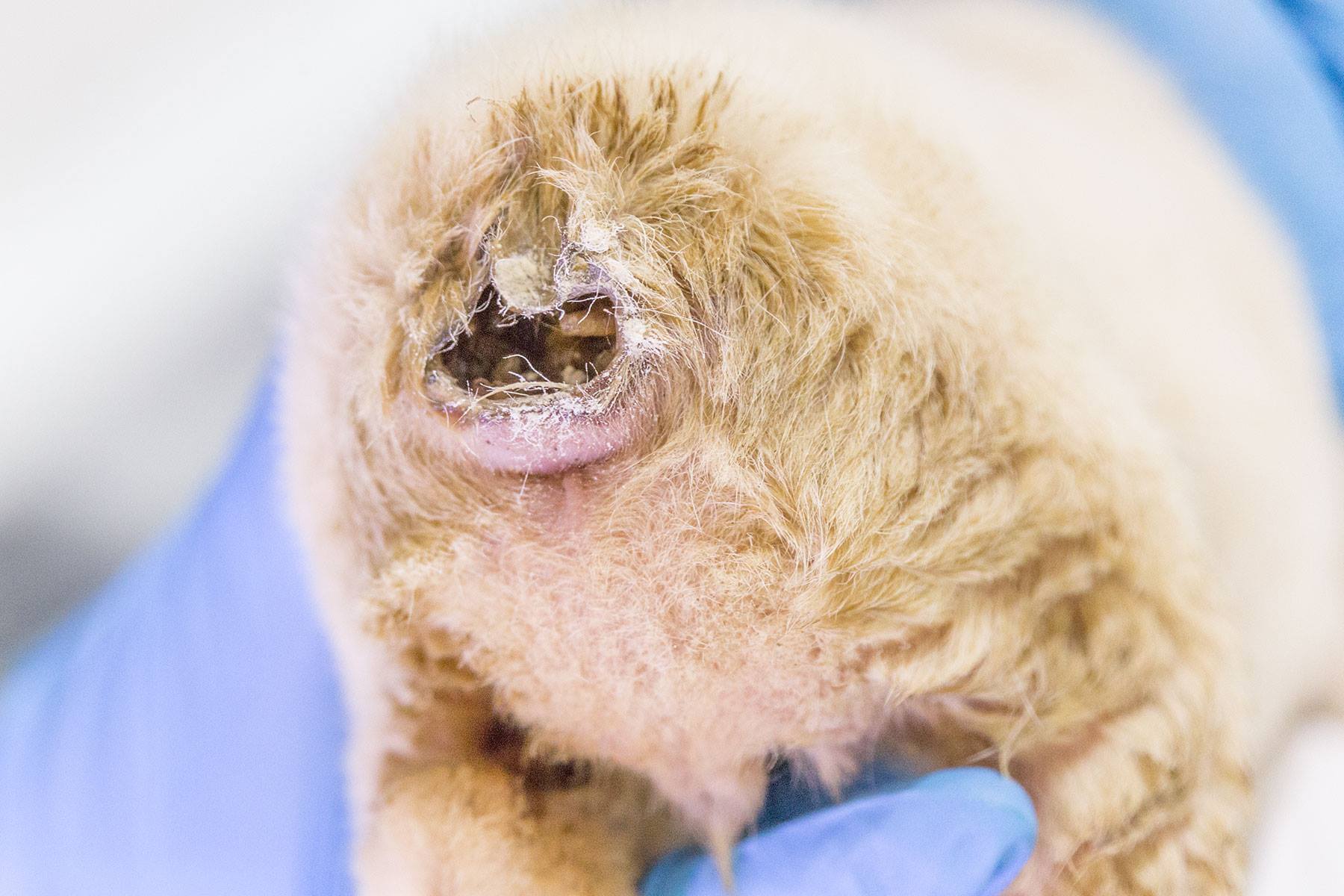 Luckily, despite the chances of its survival being slim, the dog managed to survive under the care of a veterinarian, Dr Teng. 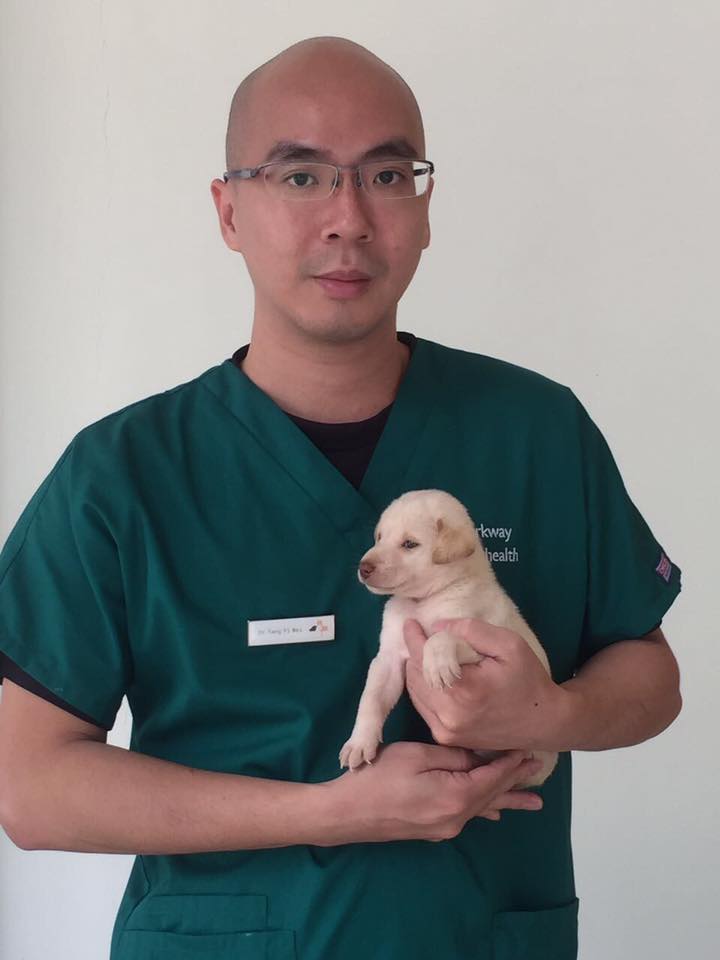 Here are videos of the dog at the vet:

The doctor initially said that the dog might not survive. However, he took the dog home for observation overnight and it was much better.

Humbly, Mr Chan gave all thanks to the doctor in a Facebook post which is undoubtedly very heartwarming.

It’s incredibly fortunate that Mr Chan successfully saved the innocent stray, but other animals may not be so lucky.

It did not look like the dog lost his tail by accident, opening the possibility that someone had chopped it off — a sickening deed indeed.

Voices for Animals president Derrick Tan told The Straits Times that it could be abuse as the tail looked like it was severed with a clean cut.

One can never truly fathom why a person would harm another living thing in this manner, and netizens duly registered their repulsion:

If such abusers are capable of harming animals to such an extent, it’s only a matter of time that their actions may be aimed at other human beings.

We should never just sit back and allow such abuse to happen, regardless of whether you are an animal lover or not — if unchecked, such behaviour may escalate.

Fortunately, Mr Chan isn’t the lone animal saviour. Actually, he is part of a group that actively seeks abused animals in hopes of rescuing them.

For Mr Chan and his friends, saving animals is a regular thing, as can be seen by his Facebook posts.

We think that’s what makes Mr Chan and the Mutts and Mittens “everyday heroes” in our book.

Thus, it’s about time we make more concerted efforts to make our country safer than we are not only for ourselves but for the furry friends who those who live among us, too.

Let’s continue to look out for them the same way Mr Chan did.

With that, we duly applaud Mr Chan, Dr Teng and other “everyday heroes” for their efforts to save the dog, and we hope to hear more of such stories! 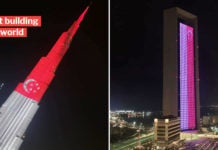