Must Share News – Independent News For Singaporeans
Home Viral Facebook Here’s What To Avoid Doing During Cooling-Off Day So You Don’t Get... Cooling-off day was introduced to Singapore in 2009 and officially implemented for the General Elections that took place in 2011. With that, Cooling-Off day is still rather new for Singaporeans and our political parties.

Cooling-off day is the day where all political parties running for the General Elections would have to stop all elections campaigning 24-hours before polling day. This ensures that voters have sufficient time to ponder over their decisions and not make a rash one.

This year, polling day lies on Friday (11 Sept) which marks 10 Sept to be the cooling-off day.

As Akio Morita once said,

“Don’t be afraid to make a mistake. But make sure you don’t make the same mistake twice.“ 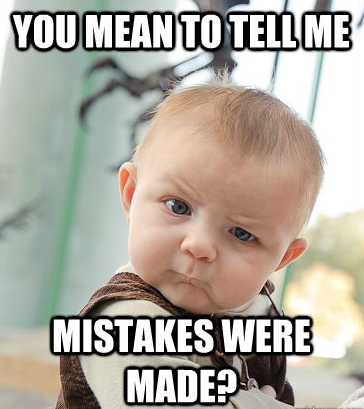 With that, here are some don’t-s the parties have to follow during the cooling-off day to ensure a fair and safe day for everyone.

This is a no brainer. Cooling-off day means all election campaigning is prohibited for 24 hours. This gives the voters an entire day to digest all the information given by the parties and reflect rationally before deciding to vote for a certain on polling day.

Wear party badges or symbols on the eve of polling day.

This is to ensure the decisions made by individuals aren’t swayed by your sheer dedication to a party.

They won’t die without your love for one day. 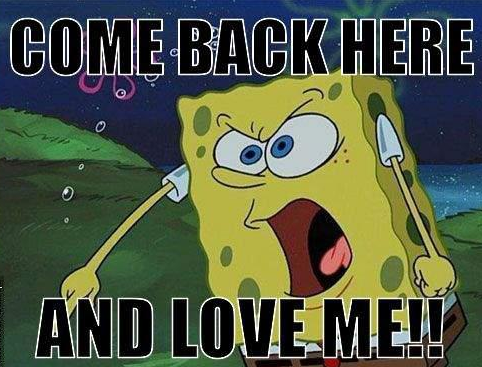 Facebook statuses that has anything to do with the general elections.

If you wish to make a comment regarding a video that is linked to the elections, you can’t.

Even a little bit of “Push” from your Facebook page is not allowed.

“September 12 will be a good day for some of you. If you do the right thing.”

That’s not allowed and you know it!

Visit individual’s houses door by door, asking for their votes.

Unless you’re selling potong ice-cream from door to door to earn pocket money, then it should be fine.

Even if you were selling ice-cream, make sure you make it known that you’re not there to represent a party. 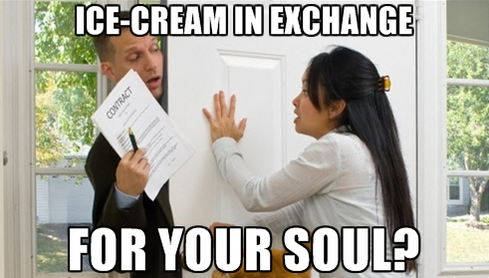 Come to think of it, maybe it’s best if you don’t go door to door altogether.

Giving out flyers or putting up new posters in support of a party.

Remember when you exit a train station or mall and you have flyers promoting weight loss being shoved in your face?

Unless it’s voting for something that has nothing to do with the political parties, then sure. Go for it.

Existing posters that have been put up before the eve of poling day is allowed too, as long as it’s not being put up during the cooling-off period.

What’s allowed, however are things that might give the ruling party an advantage. 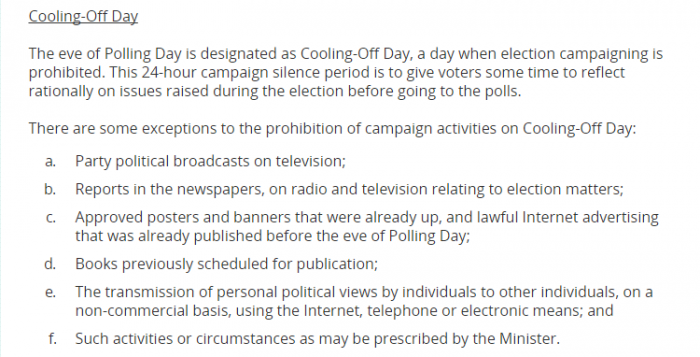 Less than 24-hours away to Cooling-off day

We only have less than a day of campaigning left before the cooling-off day commences. With 15 rallies going on before this day ends, we can only hope the voters make the responsible choice on Polling day (11 Sept). Let’s hope history doesn’t repeat itself this polling day.

“calm down, and detach yourself, think carefully before you vote”

If you do spot something fishy going on that might violate the state-mandated cooling-off period, you know who to call. 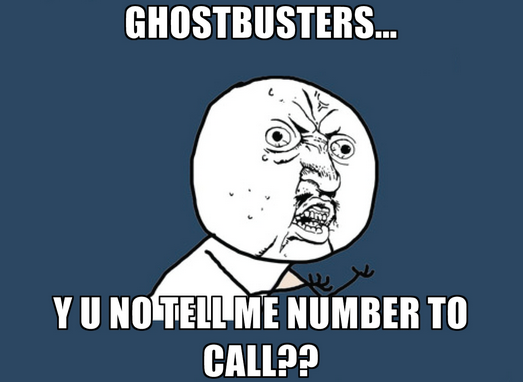 Featured Image Via Facebook
With Reference to Elections Department, The Straits Times, SGPolitics. 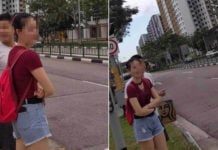