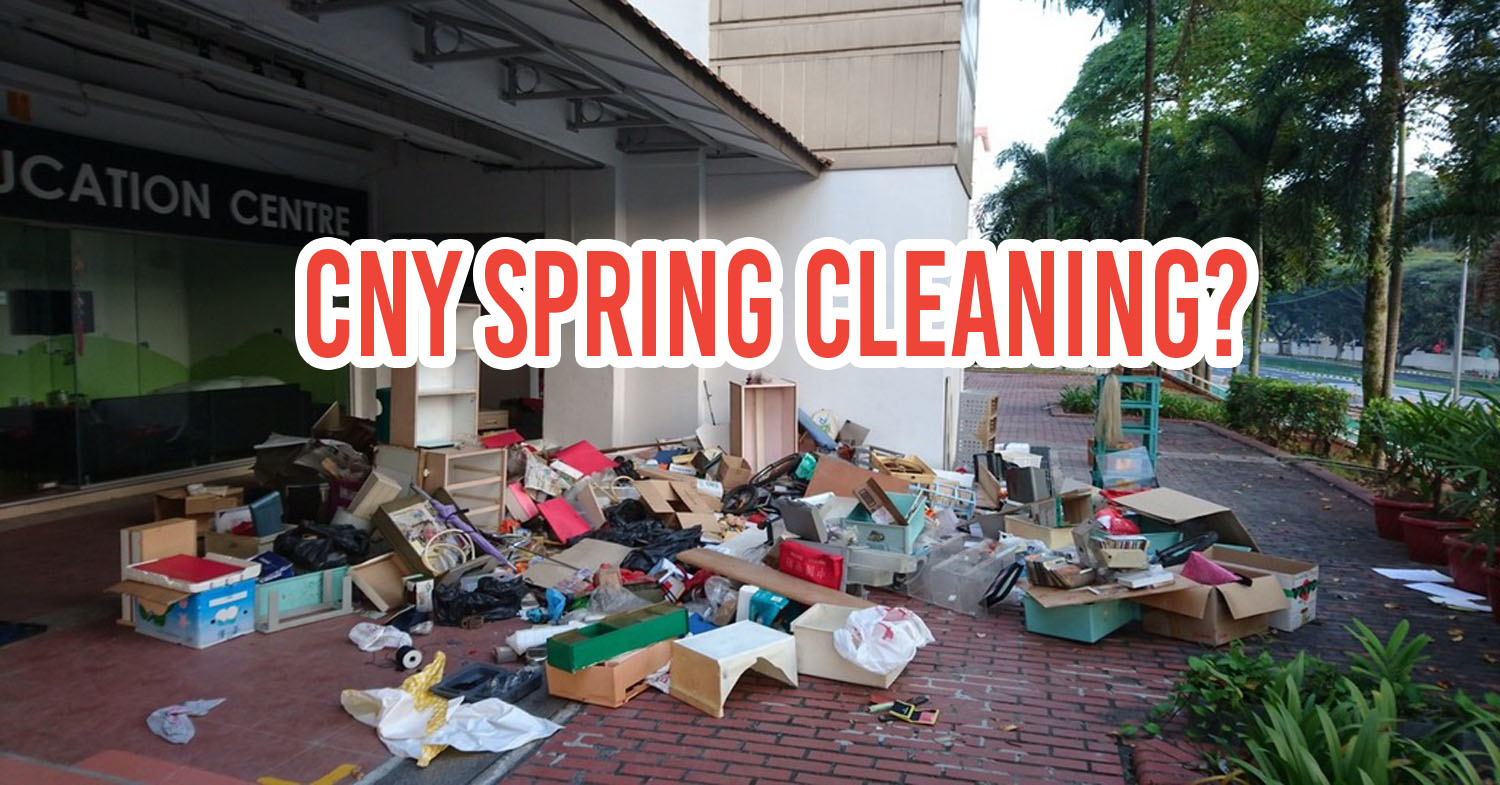 Clean and Green? Not Quite

Reddit user kcinc82 posted this shocking image on Sunday (Jan 15) of the scene at the foot of an HDB block at Clementi Avenue 2: 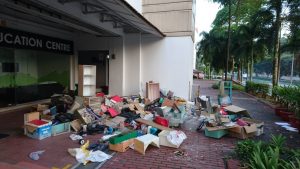 It has already been established that Singaporeans are a messy lot; no less than Prime Minister Lee Hsien Loong has criticised litterbugs that expect cleaners to clean up after them. (See our story on PM Lee talking about Singapore’s litter.)

The extent to which we depend on cleaners is rather sad. See our story on how sad Singapore’s litter situation is.

But even this amount of dumping is beyond the pale. It looks like someone has been busy spring cleaning for Chinese New Year…

While angry, some comments on Reddit were not surprised, as it’s something they come across often.

Where are you Dr Koh Poh Koon? Clementi residents could use your help!

Was It Meddled With?

From another perspective, the trash might have been neatly arranged, and that scavengers caused this whole mess.

But even if it was neatly arranged, it was a really massive pile.

Indeed, this could also have been the work of a ‘gold digger.’

And of course, it couldn’t have been the handiwork of a Singaporean right? We’re faultless! 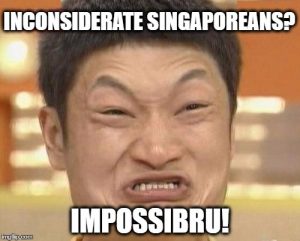 Tributes were also paid to our cleaners, and user blahhh87 summed it up perfectly by saying, “we tend to forget that Singapore isn’t a clean country, it’s a cleaned one.”

Our cleaners are often taken for granted and even looked down upon. It’s high time we appreciate and respect them – they deserve it.

One netizen was kind enough to give an example on how it should be done. Take note people!

At least one commenter suggested a way to “reward” the dumper.

So if you’re one of the black sheep that litters your neighbourhood communal area, be mentally prepared when you open your front door next time – you may have a surprise waiting for you!

If you’re one of the many people disgusted by this behaviour, set an example – just don’t do this, lah.

Dispose of your rubbish responsibly, and make Singapore a nicer place for all to live in.