Must Share News – Independent News For Singaporeans
Home Lifestyle Food How To Spend $8 A Year On Food In Singapore, World’s Most... 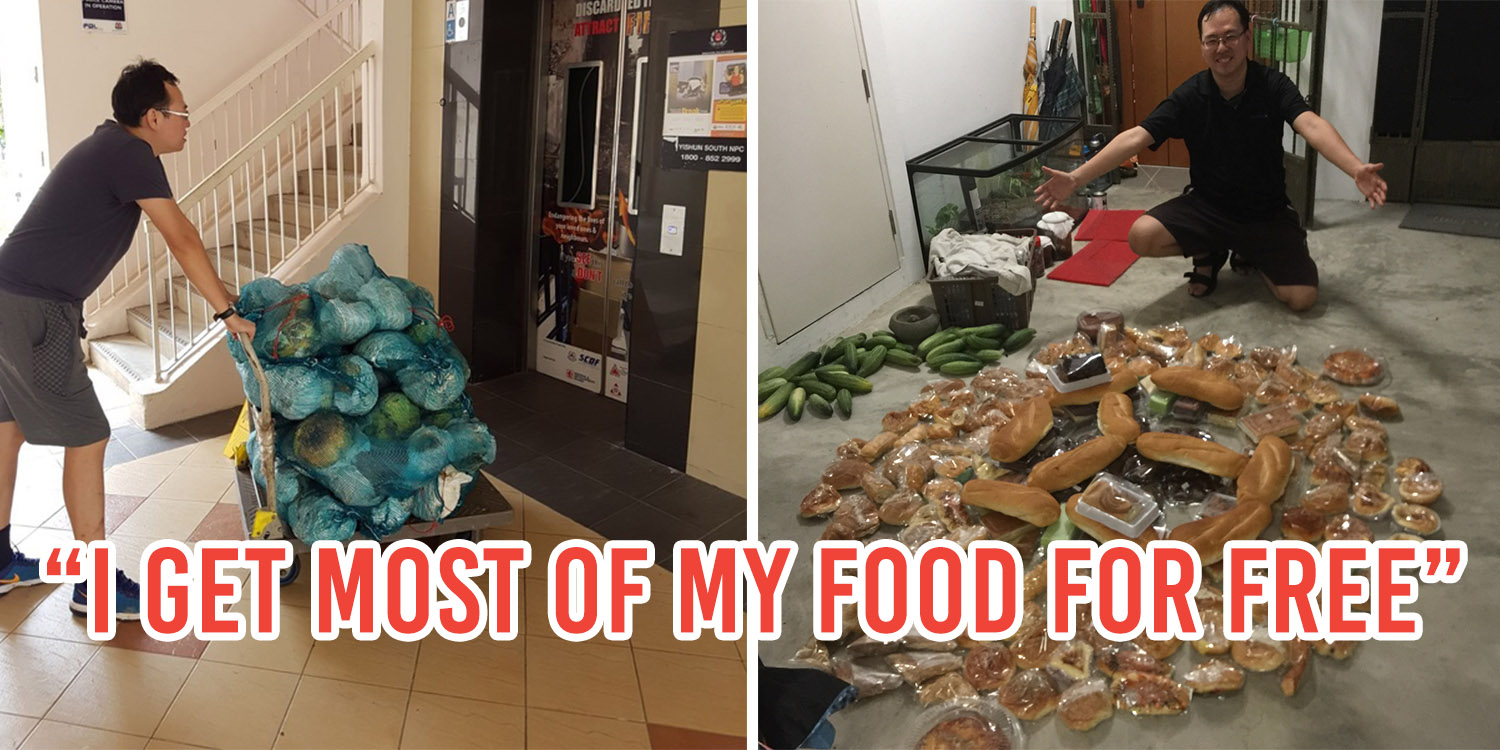 Consider this: having a $2.50 meal (that’s 2 veg + 1 rice) from the economic rice stall for lunch and dinner and a $1 bun for breakfast would make you $6 poorer every day.

But a certain Mr Daniel Tay claims to have spent just $8 on his meals — for an entire year.

How did he achieve this feat in the world’s most expensive city?

Mr Tay revealed details of his eye-grabbing feat on Quora on 2 Apr.

Hewas responding to a netizen’s query about what made Singapore expensive. To this, Mr Tay said,

Singapore is expensive only if you don’t know where to get stuff for free or for cheap.

And boy, is Mr Tay the king of that.

You see, he’s been collecting free food since Nov 2016 and contrary to popular belief, he hasn’t run into dead ends trying to amass food.

In fact, he collects so much food that he has to invite people to over to help finish eating all of it.

Mr Tay calls himself a freegan:

A person who rejects consumerism and seeks to help the environment by reducing waste, especially by retrieving and using discarded food and other goods.

But being a  freegan hasn’t just helped him lead a more eco-friendly life.

It has also added thousands to his bank account, since his living expenses have been reduced by $13,000 over the past year.

And that’s just by living off other’s unwanted food and items.

Here are some of the items he has collected this past year:

Over 200kg of cabbages, which looked a lot more edible once the outer rotting leaves were peeled off. 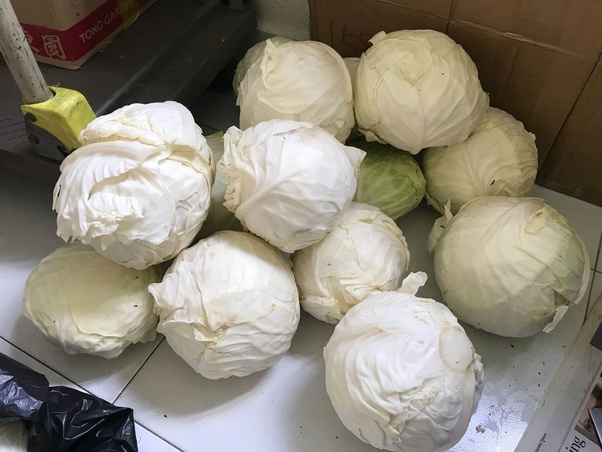 About 100 buns every day from the nearby bakery, which he distributes to members of the community. Look at all my buns, hun!
Source

And it’s not just food that he gets.

In other scavenging adventures, Mr Tay discovered an iPod Nano with a faulty battery.

Although it can only play music as long as it is plugged in to a charger, Mr Tay has no complaints. 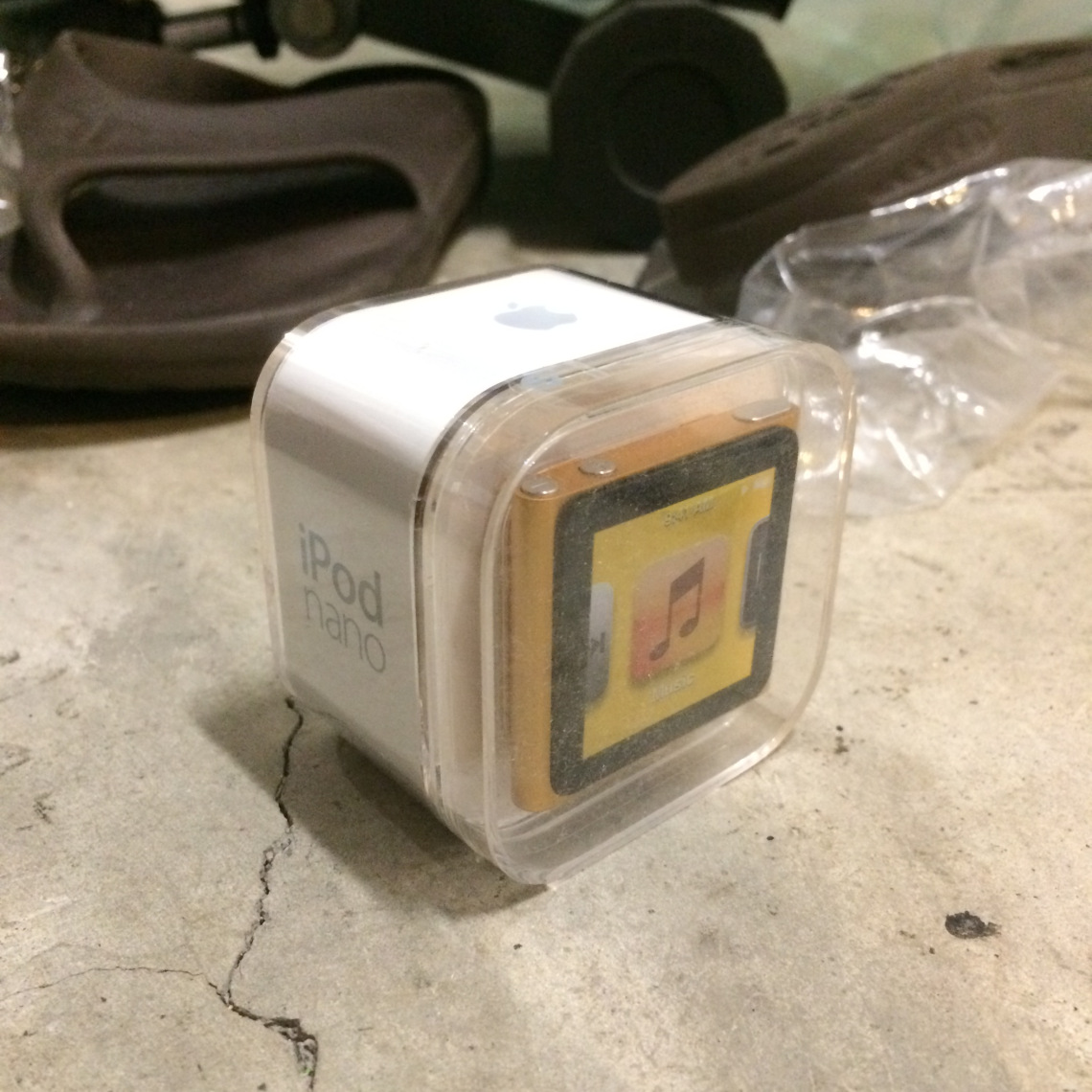 He frequently gives away other prized treasures that he stumbles upon too, like this juicer he found at a void deck. Interested in picking up a few freebies? Mr Tay’s blog is frequently updated with his latest finds and worth a visit. 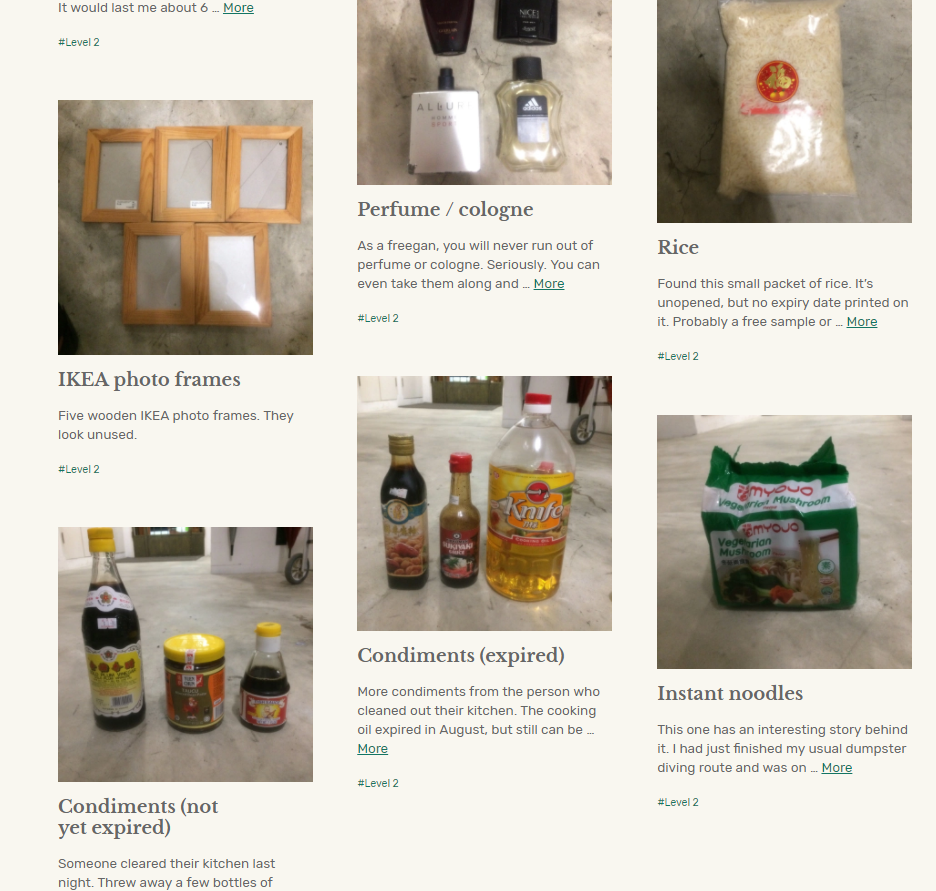 But remember, the items aren’t for fussy buyers.

Words of wisdom from the thrift god

In a spin-off post on Quora, Mr Tay later shared 3 tips for living frugally in Singapore.

And being your friends, we’ve reproduced them here, in case you want to save up for a holiday or something:

1. Don’t be ashamed to ask others for food

It could be expired or unfinished food, or food that is past its ‘best before’ date, or even ‘ugly’ produce that vendors cannot sell.

Since other people would be binning such foods anyway, don’t be shy to ask for it and say that you are helping to redistribute it or that you have a better use for it.

Start with your neighbours or relatives if you’re too shy to approach stores or market vendors.

Sometimes you might the darnest things lying around at void decks, from clothes to soap and stationery to even storage containers.

You just have to be alert to all these hidden gems lying around.

If you lurk around long enough, you might find just the thing you need!

Yes, there is a free lunch in the world

If you’re serious about saving money, give this a go.

Dumpster diving may not be the most glamorous title, but a label shouldn’t stop you.

After all, Mr Tay has shown us what it means to say trash’can’ not trash’cannot’.