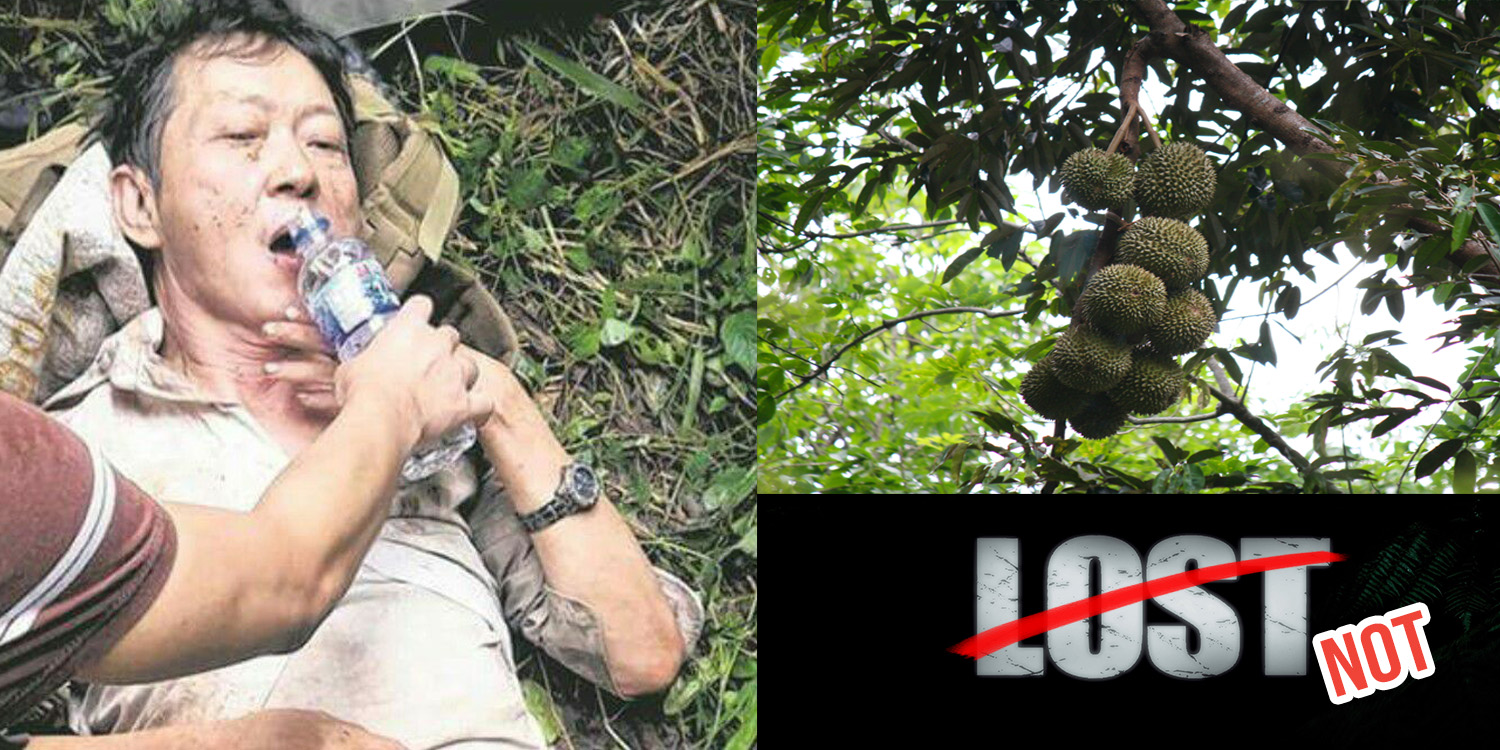 Ah, the durian season is back. Where Singaporeans flock to Geylang to inhale fleshy durian flesh, sellers make a killing selling Mao Shan Wang at exorbitant prices, and people go missing in the jungle looking for durians to pick.

Say what? Yes, a 57-year-old man vanished for 4 days after going durian hunting at a forested area in Jurong, reported The Straits Times. The disappearance of Mr Low Ah Kay was reported by his daughter Kate Low in a Facebook post in the group Singapore Durian Picking.

It sparked a massive manhunt covering an area about the size of Toa Payoh.

Mr Low was finally found in a forested area along Kranji Expressway on Monday (July 10).

But there’s no word on the most important issue: whether he managed to find his durians or not.

When the news was posted on Reddit, a user claiming to be Mr Low’s son claimed that The Straits Times had gotten some things wrong in its article.

The user named twilightinthezone maintained that his dad was well accustomed to the location, which he described as the olden man’s “childhood kampung”

He then claimed that his dad was never lost in the first place. Instead, he said Mr Low was merely unable to get up after taking a rest, due to his poor health.

When asked further, twilightinthezone said neither him nor his family had spoken to the reporter, and alluded that she might have misinterpreted information before publishing the article.

A netizen with avowed connections in the local media mentioned that for such incidents, reporters gather their information from official police media releases.

Another postulated that the reporter might have simply translated the article from the original on Lianhe Wanbao.

Attempts to reach twilightinthezone for further comments or verification by the MustShareNews team have been unsuccessful.

As such, whether information on the Reddit thread is legitimate remains to be seen.

Perhaps The Straits Times could have been more careful in using the word “lost” to describe a man who went missing for 4 days in the jungle.

And perhaps it should have contacted Mr Low’s family directly instead of likely relying just on police sources and news reports that are not in English.

But whether lost or not, that’s not really the most important point.

What matters is that Mr Low went missing, and that he was thankfully found.

We wish Mr Low a quick recovery, and the next time he craves durians, perhaps he should just head to Geylang.