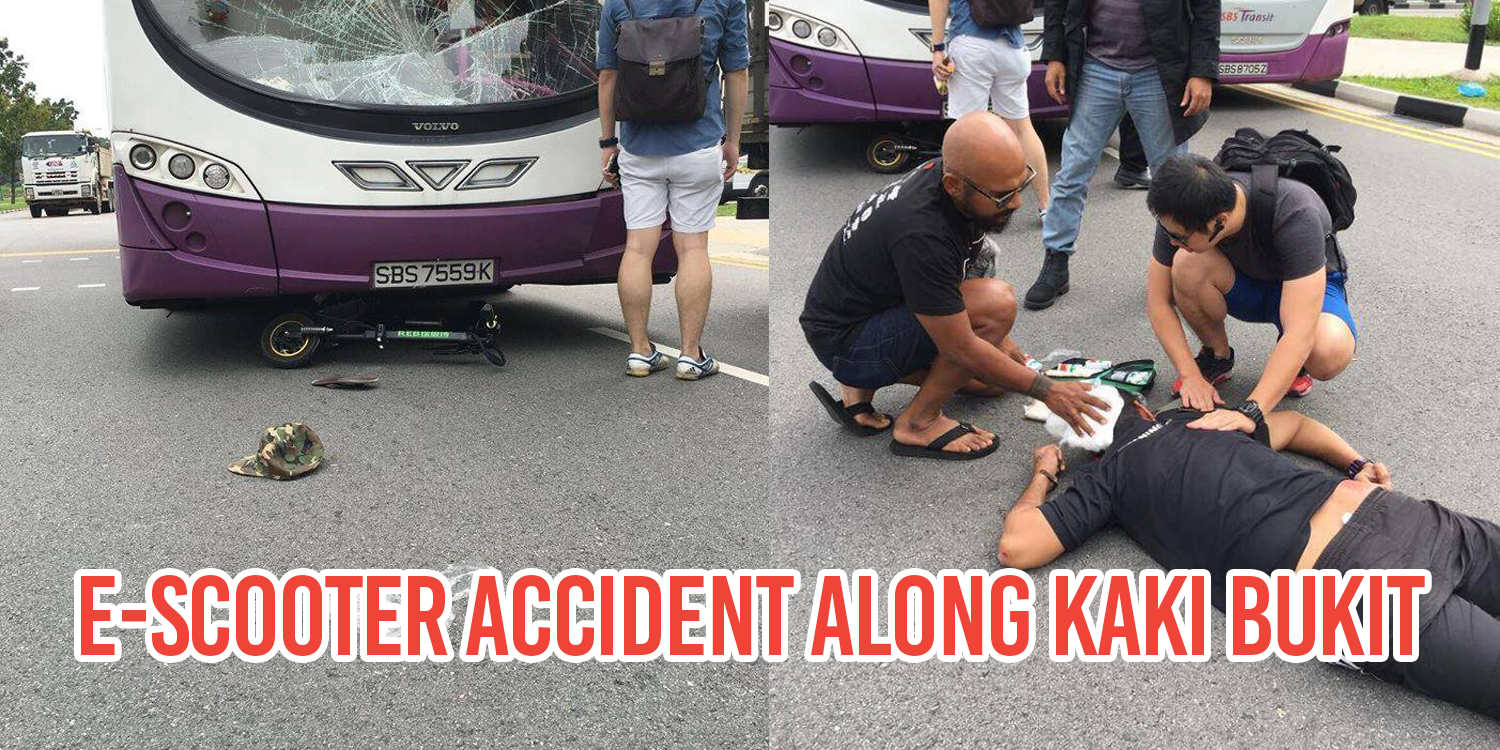 On the morning of Thursday (30 Nov), it was reported that an e-scooter rider collided with a double-decker SBS bus while he was attempting to cross the road.

The accident left the scooter pinned under the vehicle, with its windscreen cracked as a result of the impact. 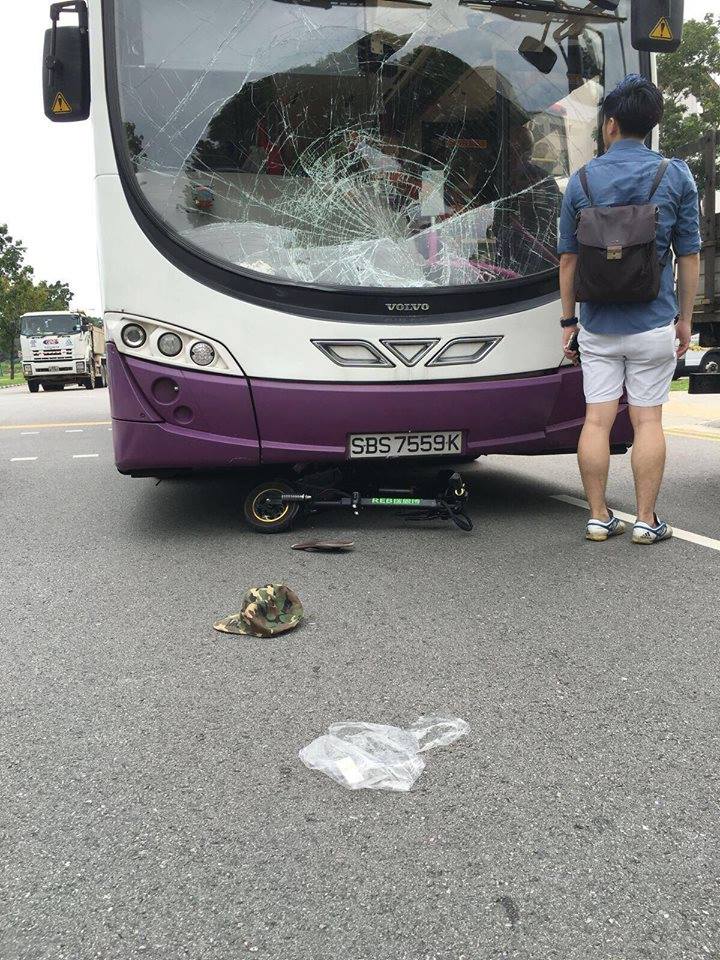 The accident took place at the junction of Bedok Reservoir Road and Kaki Bukit Avenue.

Unfortunately, it was reported that the man – identified to be Mr Atan Amat – had succumbed to his injuries the very next day.

Rider had dashed across the road

At 10.28am, police officials were alerted to the scene of the accident, which occurred at the junction of Bedok Reservoir Road and Kaki Bukit Avenue 1 . 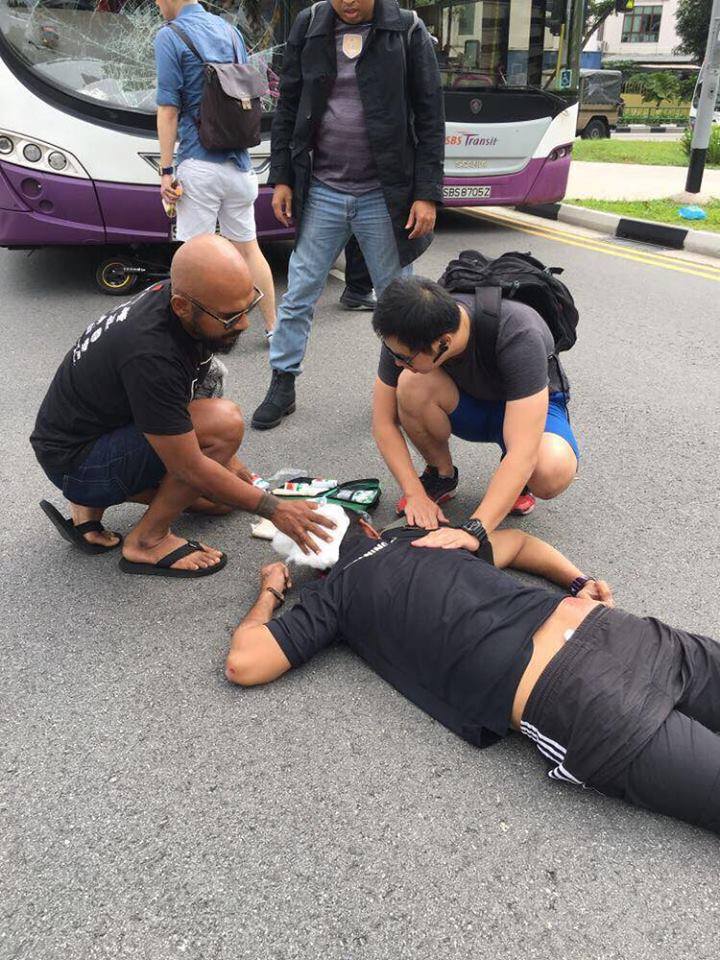 A police spokesperson confirmed that Mr Atan had sustained head injuries and was sent to Changi General Hospital.

According to Channel NewsAsia, the bus had the right of way, and couldn’t stop in time to avoid Mr Atan, who had dashed across the road.

Additionally, photos of the accident circulating online showed that Mr Atan was not wearing any protective gear when riding the e-scooter. 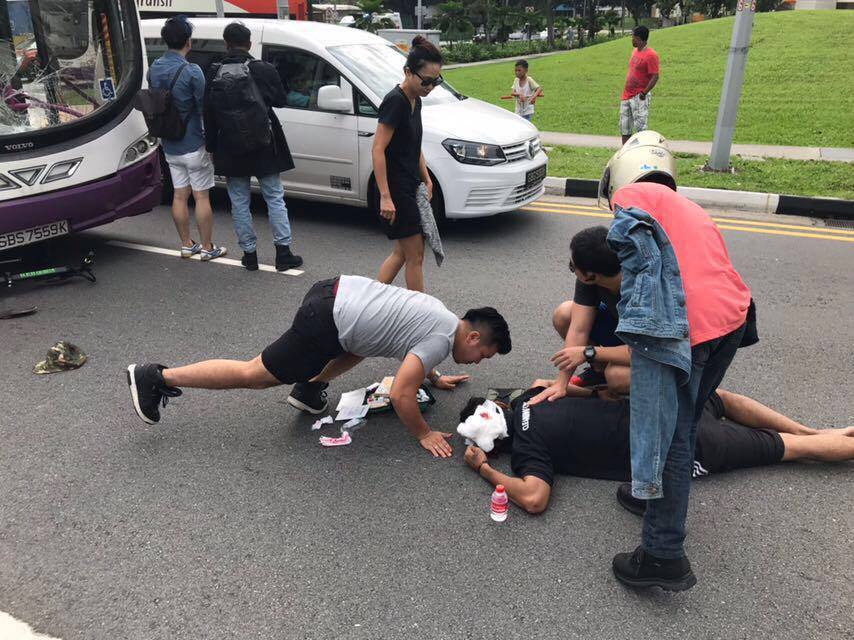 We are currently at the hospital with [Mr Atan’s] family to render assistance as best we can.

In Parliament last month, Transport Minister Khaw Boon Wan mentioned that 90 accidents involving electric bicycles and scooters had happened in the first half of the year.

We here at MustShareNews would like to urge our readers to always put their safeties first. A helmet should always be worn at all times especially when riding such vehicles. It could mean the difference between life and death.

We send our condolences to friends and family of Mr Atan.