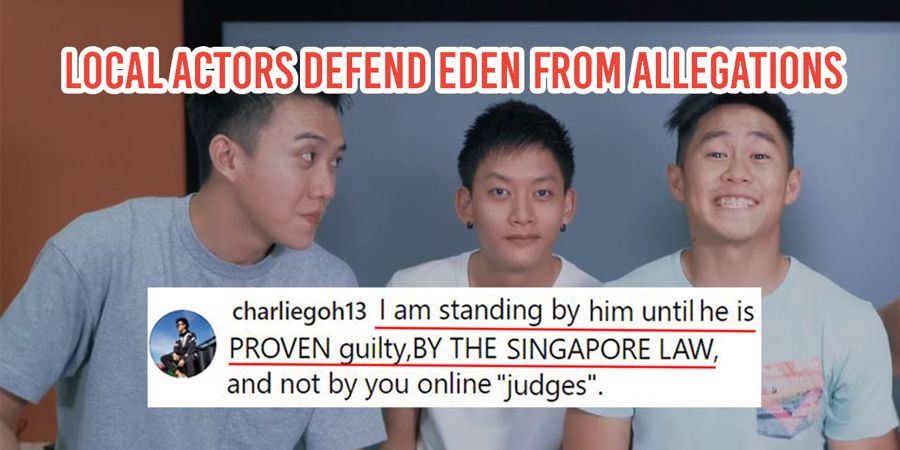 Eden Ang Sexual Harassment Case: What’s Been Said In Defence Of Him?

And while a police report has yet to be made, all that’s being said on the Internet is for the most part, unfounded speculation.

While we wait for the Singapore Police Force to do their thing, let’s take a look at the arguments that have been made in Eden’s defence by local actors.

Coincidentally, all four of them hail from the Ah Boys To Men (ABTM) movie franchise.

Cast-mates on the set of never-ending local drama Tanglin, the ABTM star starred in several videos on Eden’s YouTube Channel. 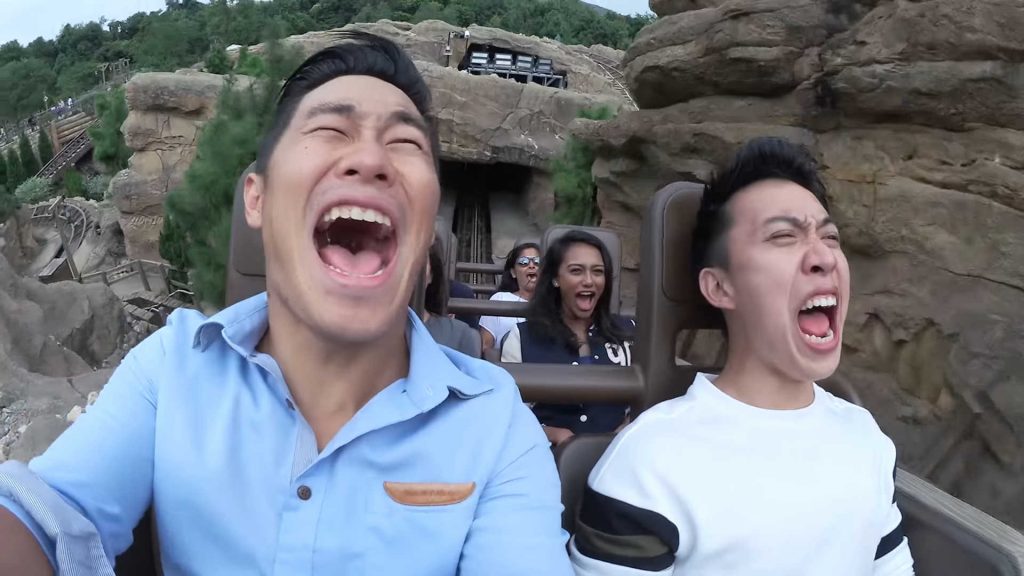 Naturally, Charlie hopped onto Instagram on 29 Jan to defend his “brother in Christ”, telling him to stay strong.

My brother in Christ. #StayStrongEden

He even got into a protracted argument with an anonymous netizen who has since deleted his account.

Charlie preserved the conversation as a screenshot and posted it as an Instagram story. 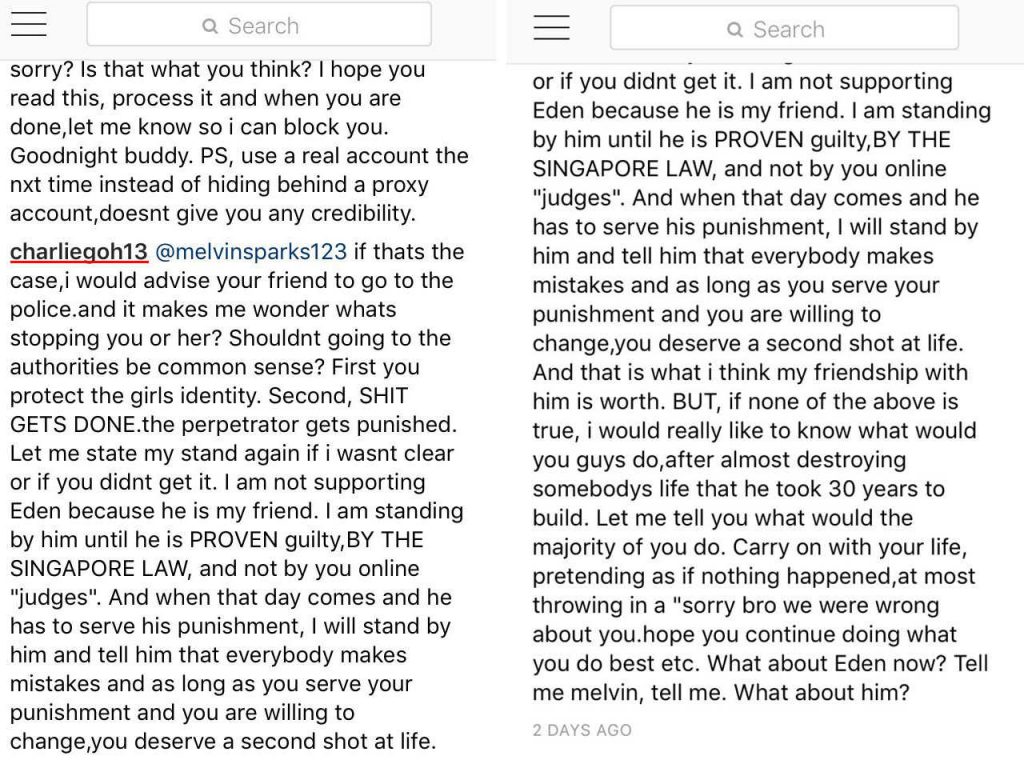 Here’s a summary of the main points of his argument:

Boy, did he seem triggered by @melvinsparks123.

Charlie then made another comment, which we have kindly summarised for you as well:

Long story short, Charlie looks set to stand by Eden no matter what.

The baby-faced actor best known for his role as “Wayang King” in the ABTM franchise, came out in support of Eden Ang — albeit with a hint of snark.

He uploaded a picture of him and Eden Ang sharing a laugh with the caption, “Fools. Fools everywhere.” on 29 Jan.

Unlike Charlie, Maxi did not descend into online arguments, captioning his post with “Enough said.”

Maxi seemed to be insinuating that netizens who were quick to judge Eden based on Kuroe Kun’s Facebook post and Dee Kosh’s Instagram Live video were the “fools” in question.

Another Ah Boy and local actor, Joshua Tan made his voice heard on Instagram too.

His post, however, was directly in response to a statement by the Singapore Police Force (SPF), which disputed certain areas of Kuroe Kun’s original post. 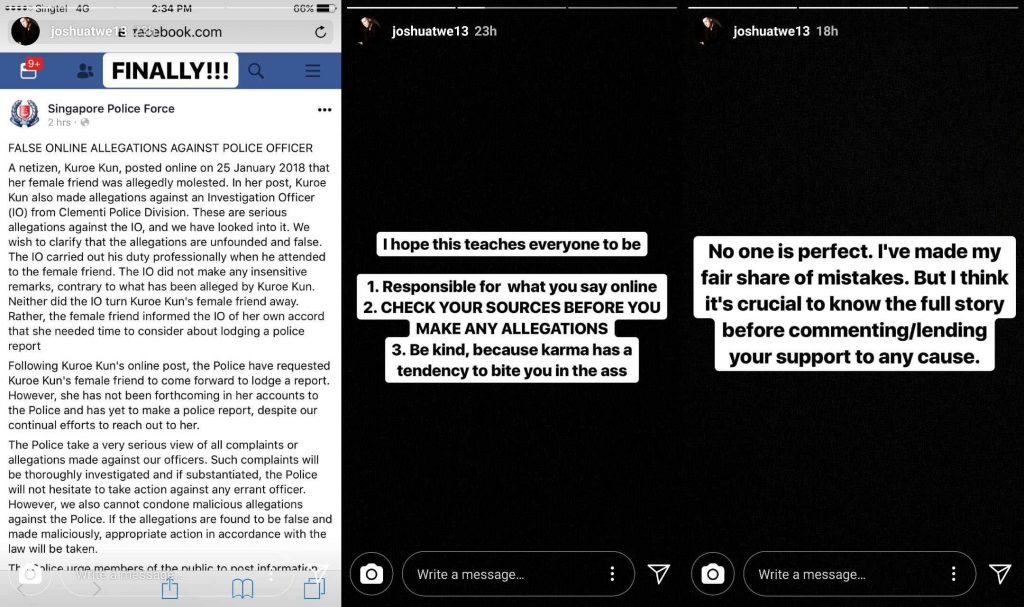 Captioning a screenshot of the SPF’s Facebook page with “FINALLY!!!”, Joshua went on to lecture his followers to understand the full story before jumping to conclusions. Prominent YouTuber and yet another ABTM alumnus – Noah Yap – jumped to Eden’s defence too.

Why? Eden Ang and Noah Yap are pretty chummy, having appeared in each other’s YouTube videos multiple times before. 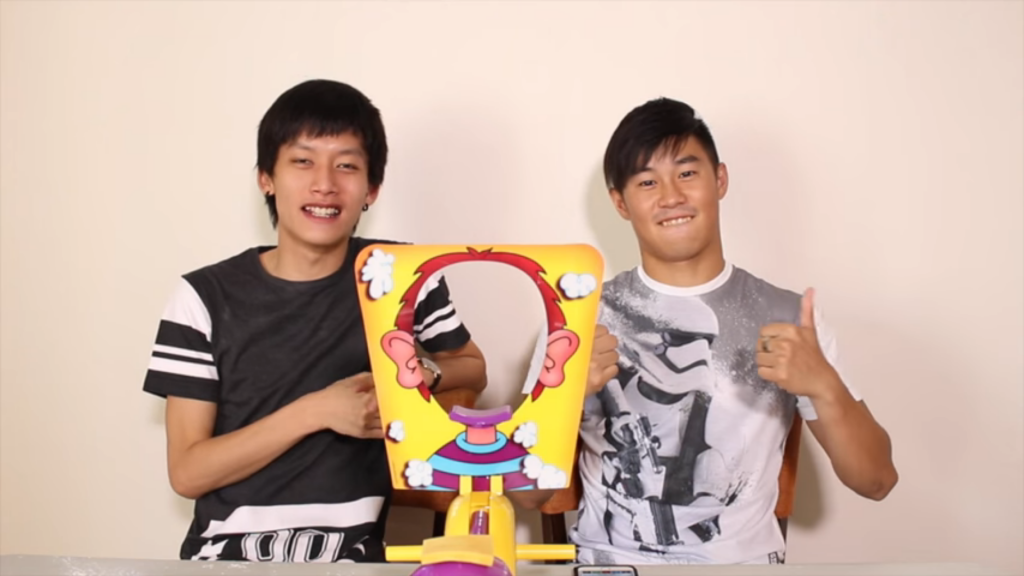 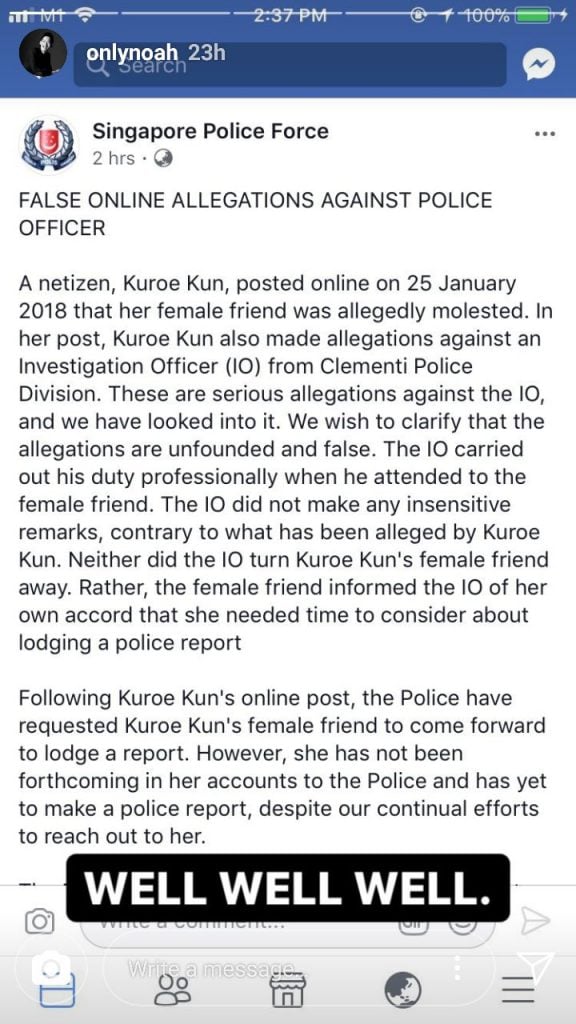 Noah’s reaction seems to indicate that SPF’s statement was an interesting development to the saga.

Let us now invite Eden Ang, the accused, to take the stand — on social media that is.

On 28 Jan, Eden wrote an impassioned Facebook post addressing the events of the “past 48 hours”, sharing his thoughts, feelings, and experiences on the scandal.

Here’s his post in full. We’ve summarised what he said below.

Realising that his “silence could be misconstrued,” especially in the Internet age, Eden wished to share only the “facts”.

Declaring that “[he] did not take advantage of anyone”, Eden says he has a clear conscience and possessed the records to clear his name.

Eden reflected that he’s “nowhere close to … perfect” with regards to life in the public eye.

And promised to continue striving to “conduct [himself] in a way that [he] can be proud of”.

Stating that “sexual harassment is a serious matter”, he encouraged people who are going through it to “speak up and seek help”.

He ends off in his typical style, by saying “Keep Rockin’ God Bless”.

He Said, She Said

Much has been said by many parties about Eden Ang’s alleged sexual harassment.

But like most sexual assault cases, allegations typically boil down to a ‘he said, she said’ situation between the ‘victim’ and ‘aggressor’.

However, with a global outpouring of support for victims of sexual assault in the viral #MeToo campaign, a new dynamic between victim, aggressor and social media seems to be emerging.

A dynamic that looks set to change the way such cases are dealt with forever. 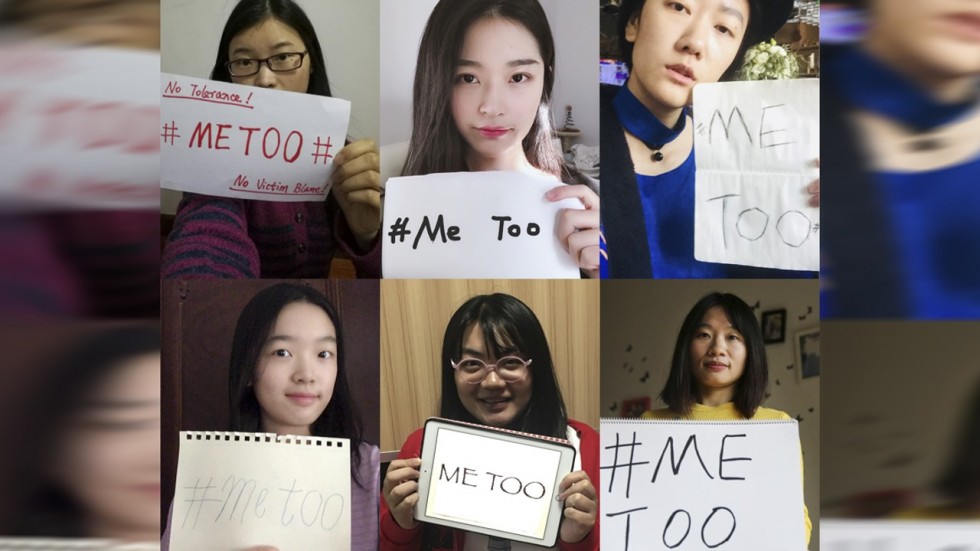 So although it’s heartwarming to see Eden’s friends staunchly standing by him, the silence regarding 18-year-old Lilith’s sexual assualt allegations remains deafening.