Must Share News – Independent News For Singaporeans
Home News Latest News Woman Alleges Eden Ang Raped Her When She Was 13, But NZ... 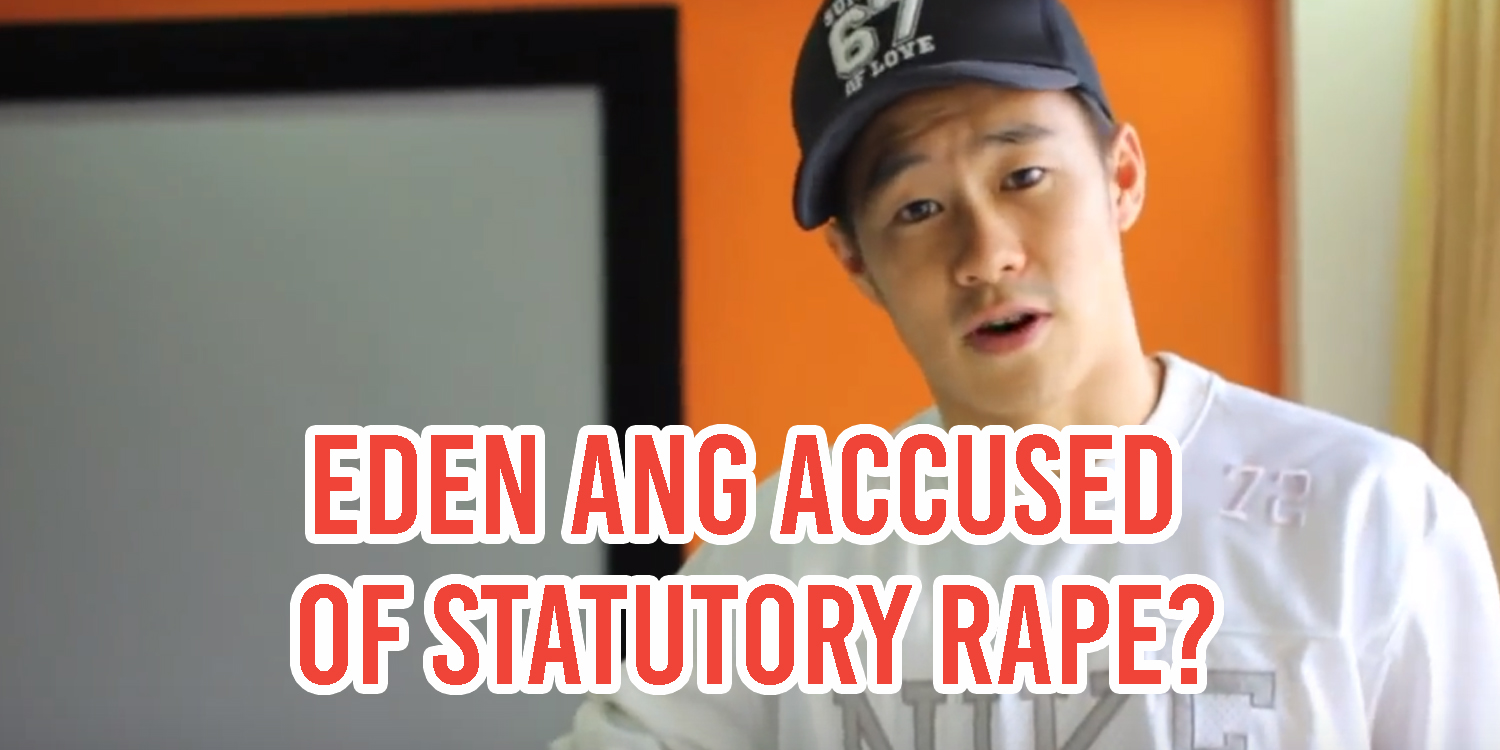 A 25-year-old woman has alleged statutory rape against Eden Ang.

The shocker? She claims she was only 13, while Eden was 19 when the incident happened.

Rice Media broke the news late last night (14 May), in an intimate exposé with the alleged victim – Naomi Tindall – backed up by her family’s account and a NZ police report filed.

We summarise the truly disturbing read. Here’s your trigger warning for the detailed account of an alleged sexual assault of a minor that follows.

Back in 2006, Eden was studying in Christchurch, New Zealand for his degree at the University of Canterbury.

Naomi, who was 13 at the time, met Eden at Alpine Ice Sports Centre, while attending figure skating lessons.

Eden had been working as an entertainer, and they became friends.

The relationship soon progressed to become “flirty over texts”, and Eden felt to her like a “pleasant person to be around”.

Eden was aware she was 13

During the Easter holidays of 2007, Eden called Naomi over the phone, but was intercepted by her mother.

Who told Eden to stop his correspondence with her, as he was 6 years older.

Naomi confirmed that Eden knew she was 13 years old.

Naomi was made to “perform oral sex” on Eden

She says she met Eden a few more times, in late-night meetings at a nearby school.

One of these meetings, however, involved Naomi “perform(ing) oral sex” on Eden for the first time.

I was a 13-year-old being manipulated and made to believe this was normal. I met Eden a few times after this too, as he made me feel that this is what love was.

She thought that he wanted to be around her, to continue the friendship.

When July came around, the meetings culminated in an incident within Eden’s home.

Naomi recalls that she arrived at Eden’s house, by taking a bus after school.

After they entered his room, she borrowed his guitar to play a song she had written.

They then “took their clothes off” and were in “bed under the blankets”.

She suggests that the alleged rape “just happened”, as she was lying on her back.

Describing his actions, she claims he was beside her, then on top of her while moving.

Naomi also said that “he had put his penis in her vagina”, which made it “hurt for a few seconds”.

Eden allegedly made himself a bowl of food, and gave her bus money

In the aftermath of the alleged rape, Naomi says Eden did not make her stay.

She claims he even made himself a bowl of food after the incident. As she did not know the area well, Eden walked her to the bus stop and gave her bus money to return home.

Naomi alleges she had been “groomed for months”

To be fair, Naomi acknowledged that even though she did not want the sexual encounter to happen, “he would not have known that”.

However, she alleges that Eden knew her age, especially since her mother had already told him to stay away.

According to her, she also felt a “great deal of pressure” not to leave, as she had been “groomed for months”.

I felt that he had power over me. I thought it was okay for a grown man to violate a young girl’s body, no matter how much it hurt.

Did not make police report right away

A few days after the incident, Naomi told her sister about what conspired.

Her sister added that due to her age, Naomi may not have fully understood why what happened was wrong.

Naomi claims Eden texted her after the incident as he “felt guilty as she was 13 years old”.

Despite this, she claims he still treated her normally, leading her to believe that it was her fault for what happened.

She was also bullied in school for confiding in a friend about what happened, and called derogatory names such as “slag”.

This is a brief timeline of what transpired in 2007, after she told her sister about Eden.

They feared she wasn’t “strong enough to give evidence in court and that the “case against Eden would collapse”.

According to the Tindall family, the police claimed Eden “looked like a little boy”, and saw the relationship between Eden and Naomi as “equal despite the age difference”.

Although similar cases could be considered statutory rape in UK or US, NZ police “dismissed this”.

The police allegedly let Eden off with a formal warning, and did not charge him.

As of now, this particular NZ police document has been handed over to the Singapore Police Force (SPF).

But no official police report has been filed against Eden for the alleged rape.

A minor aged 13 cannot give consent for sexual encounters, under both Singapore or New Zealand laws.

Rice Media has reached out to Eden over WhatsApp, but he had no comment regarding the allegations.

Readers should note that although an official police report was made, it does not mean that the alleged crime occurred.

However, news of this case resurfacing, definitely does not help Eden Ang’s reputation.

Nonetheless, we look to local authorities to get to the bottom of this soon.

Tampines Spa That Billed $4,445 For Facial Has 4 Complaints Against Them, Says CASE