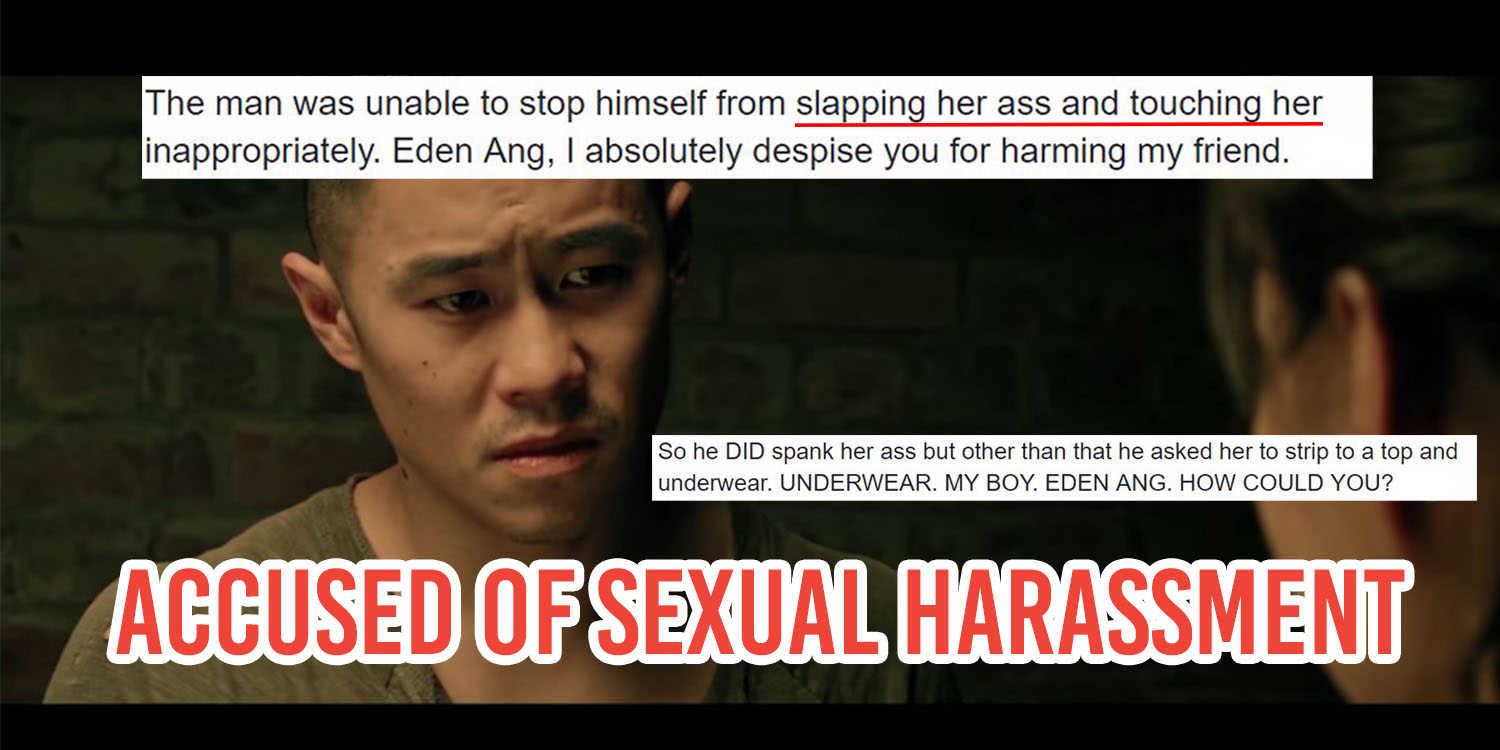 The victim – according to Kuroe – was too traumatised to speak out for herself.

In Kuroe’s post, she also reserved several strong words for the police officer that handled her friend’s police report.

The actual act of sexual harassment, allegedly happened while the victim was still in Mr Ang’s employ, detailed Kuroe in a 500-word post as follows.

Here’s a screenshot of her post. We’ve provided a summary of the allegations after the jump. 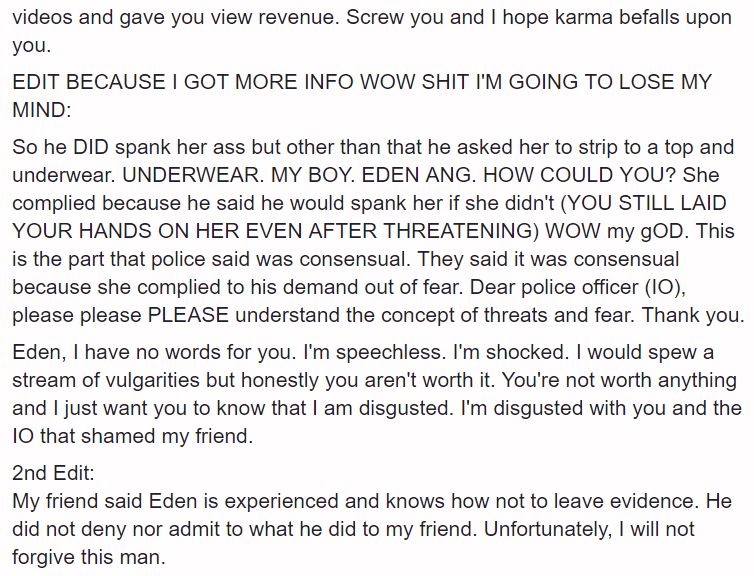 Eden Ang is accused of “slapping her ass,” and “touching her inappropriately”.

And the shocking allegations only get worse. She alleged that he asked the victim to “strip to a top and underwear” as well.

Under the threat of being “spank(ed)”, Kuroe then claimed the victim felt scared and “cornered” and eventually complied with Eden’s demands.

She also stated that her friend “knows more than 1 other person who was also sexually harassed,” suggesting that there were more victims.

Her friend informed her that he was “experienced” and knew how to leave no evidence. She also claimed he did not admit to nor deny the allegations.

Replying to comments on the thread, she cautioned would-be job-seekers to take note as he is currently hiring more employees.

To provide further context, she explained that her friend – who works as a makeup artist – is also a social influencer, and was helping him as part of a job.

Kuroe uploaded a screenshot of a WhatsApp chat containing Eden Ang’s apology to the alleged victim. 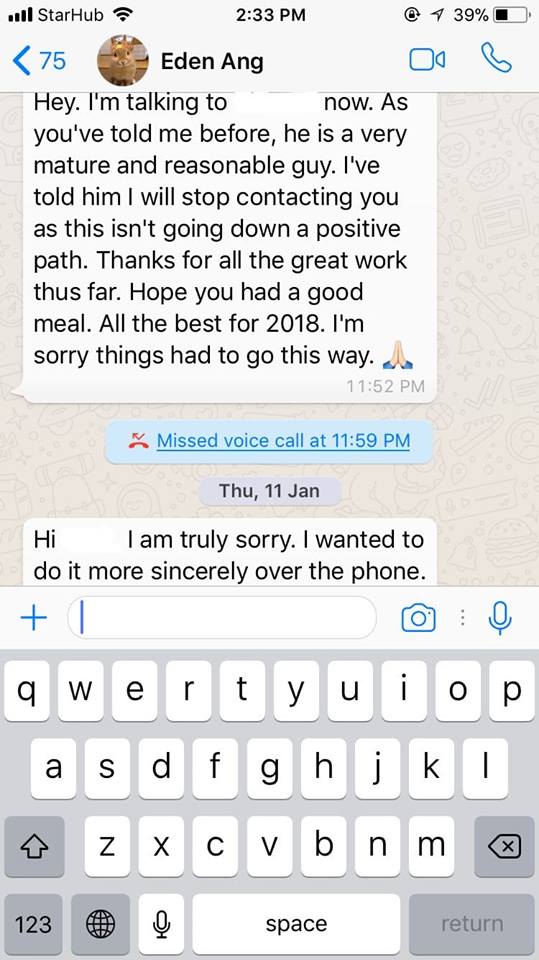 According to the screenshot posted, Mr Ang apparently apologised and said he was “truly sorry” as he had “wanted to [apologise] more sincerely over the phone”.

Victim may have faced unhelpful authorities

Kuroe’s friend then made a police report, which was apparently met with dismissive skepticism.

After being instructed by a female police officer to make a police report, she claimed the victim was told by a male investigator that “it’s your(her) fault”.

He also insinuated that the victim should not have dressed the way she did, if she did not want to be inappropriately touched.

After hearing the victim’s side of the story, the male officer who was apparently unable to “understand the concept of threats and fear”, determined that the encounter was consensual as the victim had “complied to his demand out of fear”.

Kuroe is still actively replying to questions and comments on her original post.

She also confirmed the identity of the accused in a comment:

Here’s some of the additional information she has provided about her friend in various comments:

The story is still developing and updates will be provided accordingly as they happen.

We have reached out to Eden Ang for his comments on the matter.