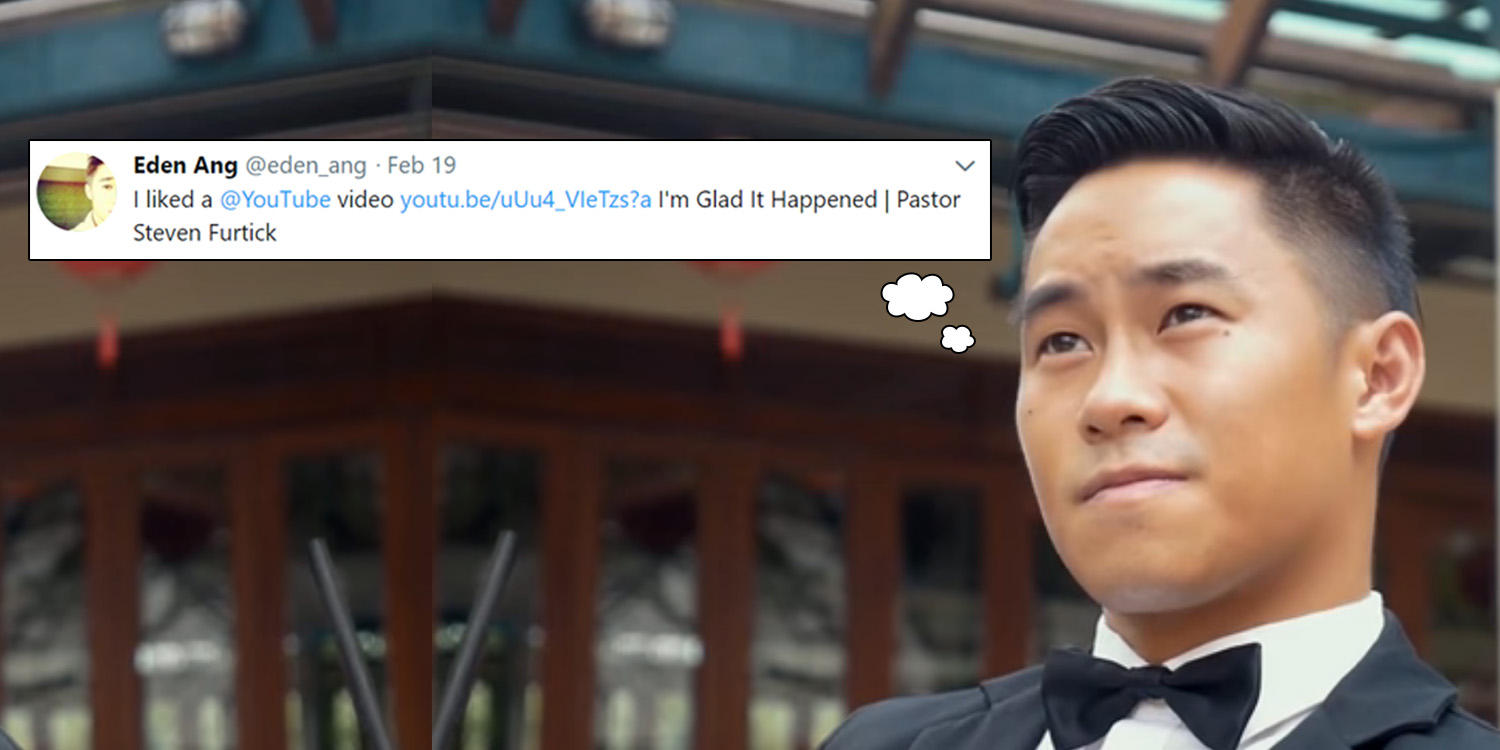 Woman Alleges Eden Ang Raped Her When She Was 13, But NZ Police Report Was Dismissed

Since acknowledging the initial allegation, he has maintained radio silence across his social media accounts, except for one: Twitter.

That means that part of his YouTube viewing history is available for all to see.

This has resulted in 19 tweets that vaguely inform us of what Eden has been up to.

Let’s get into it.

A series of sermons

The first tweet from February was an excerpt of a sermon delivered by Joseph Prince, one of the founders of Singapore’s New Creation Church.

I added a video to a @YouTube playlist https://t.co/YZMWrdgxDu Joseph Prince – Forgiveness Explained ( A Heaven To Gain And A Hell To

Kind of a weird video to go around watching just three days after posting this:

However, Mr Prince isn’t even close to being Eden Ang’s favourite religious figure.

To date, he has ‘liked’ five videos from Steven Furtick, Lead Pastor of Elevation Church.

And the sermons are by no means easily digestible – each video lasts up to 50 minutes.

Some on Twitter took offence at the videos that Eden liked: 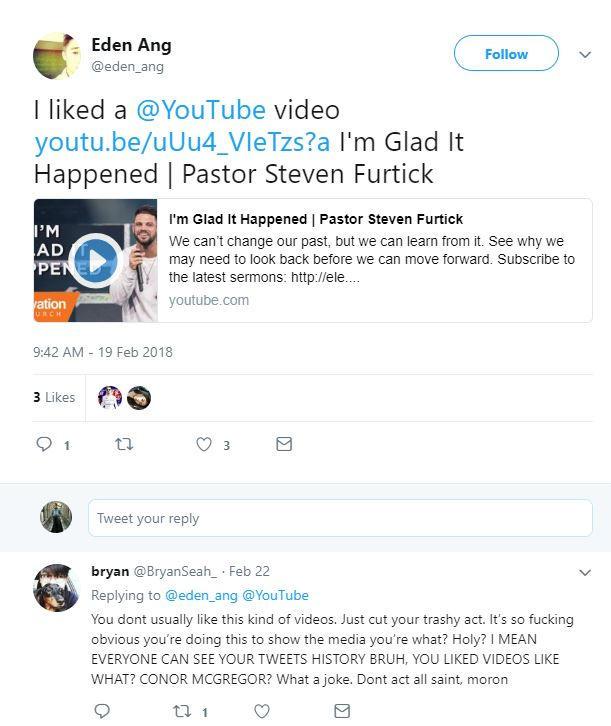 Eden also gave a thumbs up to a media interview by Carl Lentz, a senior pastor of Hillsong Church, the church of preference for many of Hollywood’s elite.

Worship songs and other religious stuff

If a person’s YouTube viewing activity is characteristic of their personality, Eden Ang is a deeply religious person who enjoys listening to worship music in his free time.

In particular, he likes songs from Jesus Culture and Fernando Ortega. Here’s one of the tweets:

He watched a video that explored the rumoured sites of Sodom & Gomorrah, a pair of ancient cities that faced God’s wrath as punishment for falling into sin.

Also gaining his approval was a video simply titled ‘Holiness’. It’s an animated journey that looks at God’s holiness.

Judging from the number of girls who have stepped forth in accusation of Eden Ang, it may not be too hard to gain his “approval”.

Seems that Eden’s a MMA fan as well.

Among the 19 snippets into his life since the accusations are two clips from the Ultimate Fighting Championship (UFC); a highlight video of a bout between Colby Covington and Demian Maia, and an interview with Raquel Pennington. 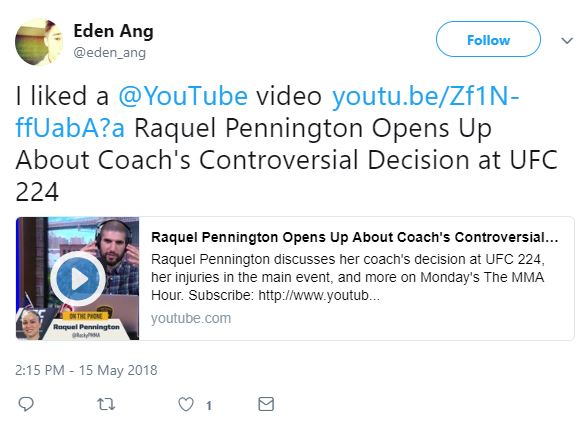 Like everyone who aimlessly browses YouTube videos, Eden Ang’s viewing habits varies widely in the next few tweets.

If YouTube had a randomise function, the following string of videos would be on it.

Self-defence is important, no doubt.

Okay, can’t fault him for this. Tony Hawk is a pretty cool dude. The three-minute video paired with the quintessential 2000s emo music takes one back.

Christian Bale, perhaps most famous for his role as Batman in the Dark Knight trilogy.

But the Englishman’s greatest tour de forces are perhaps in his other works. Particularly in The Machinist and American Psycho.

Eden liked a video that details the lengths Christian would go to put forth an optimal performance.

I liked a @YouTube video https://t.co/hANSn3n19I He Did It Again! – Christian Bale Body Transformation

Could Eden be envisioning a future where he might have to boogie for his freedom?

He looked to a YouTube dance battle compilation for inspiration:

I liked a @YouTube video https://t.co/oeuahfdq0e WHEN YOU MESS WITH THE WRONG DANCER | Les twins, Waydi, Bluprint, Junior | Dance

Amidst a deluge of allegations, Eden Ang still manages to prescribe himself the best medicine – laughter.

This skit from sketch comedy duo Key & Peele got a thumbs up from him.

Is this the YouTuber’s way of subtly attempting to sway public influence of himself through “accidentally” liking videos on YouTube?

Or could he simply be none the wiser about both accounts being linked?

Or maybe not — at least his fans will still know what he’s getting up to.