Must Share News – Independent News For Singaporeans
Home People Community Insensitive Comments From Flippant Filipino Edz Ello May Not Be All That... Ello Ed Mundsel Bello has finally been sentenced to 4 months jail, after his insensitive remarks posted on Facebook had been deemed to promote feelings of ill-will and hostility.

As he meted out the sentence, District Judge Siva Shanmugam had described the comments as “inflammatory” and a seditious publication.

The Filipino, perhaps better known as Edz Ello on Facebook, worked in Tan Tock Seng hospital as a nurse, found himself in trouble with the law after posting insensitive comments on the social medium. In his post, Ello describes Singaporeans as losers and describes Filipinos as being much stronger.

Ello also suggests that Filipinos had the potential to evict Singaporeans out of Singapore and take over jobs, women and future of the locals.

The 29-year-old’s old opinion, though controversial, may have a positive impact on Singaporeans. 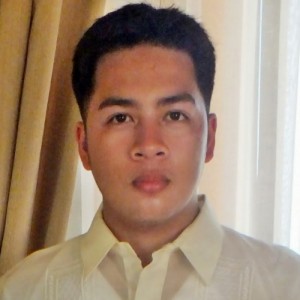 The criticism of Singaporeans being much weaker than Filipinos can serve as motivation for us to show the world that we’re strong — not just physically — but mentally. Having mental strength will allow Singaporeans to overcome challenges and hopefully get rid of that ‘love to complain’ attitude.

Bello’s statement of Filipinos taking over the jobs and future of Singaporeans is a sign that the people of Singapore need to reassess themselves. Instead of blindly jumping on the criticism bandwagon, maybe we should take a look at ourselves and see why he thinks Filipinos can take over our jobs.

Further lessons can be learnt from Ello’s outburst.

His case may also be an opportunity for us to re-think about our immigration policy. We should carefully assess immigrants who want to work here, to ensure that we are recruiting immigrants of the right background.

Apart from the language tests, foreign job seekers should also undergo a character test. The character assessment could be crucial as in finding out if the applicant the correct mentality before being allowed to enter Singapore. 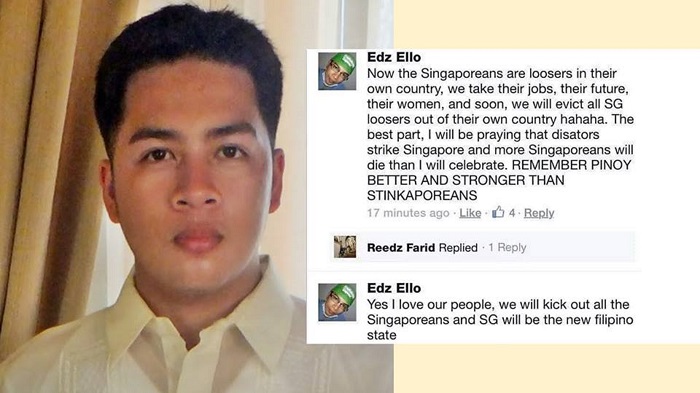 This incident can be used as a reminder for Singaporeans to keep in mind the repercussions that entails when posting insensitive remarks online. Disparaging remarks of any — such as those that can cause an uproar — should be well thought through. Sensitivity is thus a trait which should always be exercised when making comments in any context.

Ello’s comments may have hurt the nation, but Singapore has faced much fiercer criticism in the past. Singaporeans should do what we do best — prove people wrong.

Featured image via MustShareNews
With reference from TodayOnline