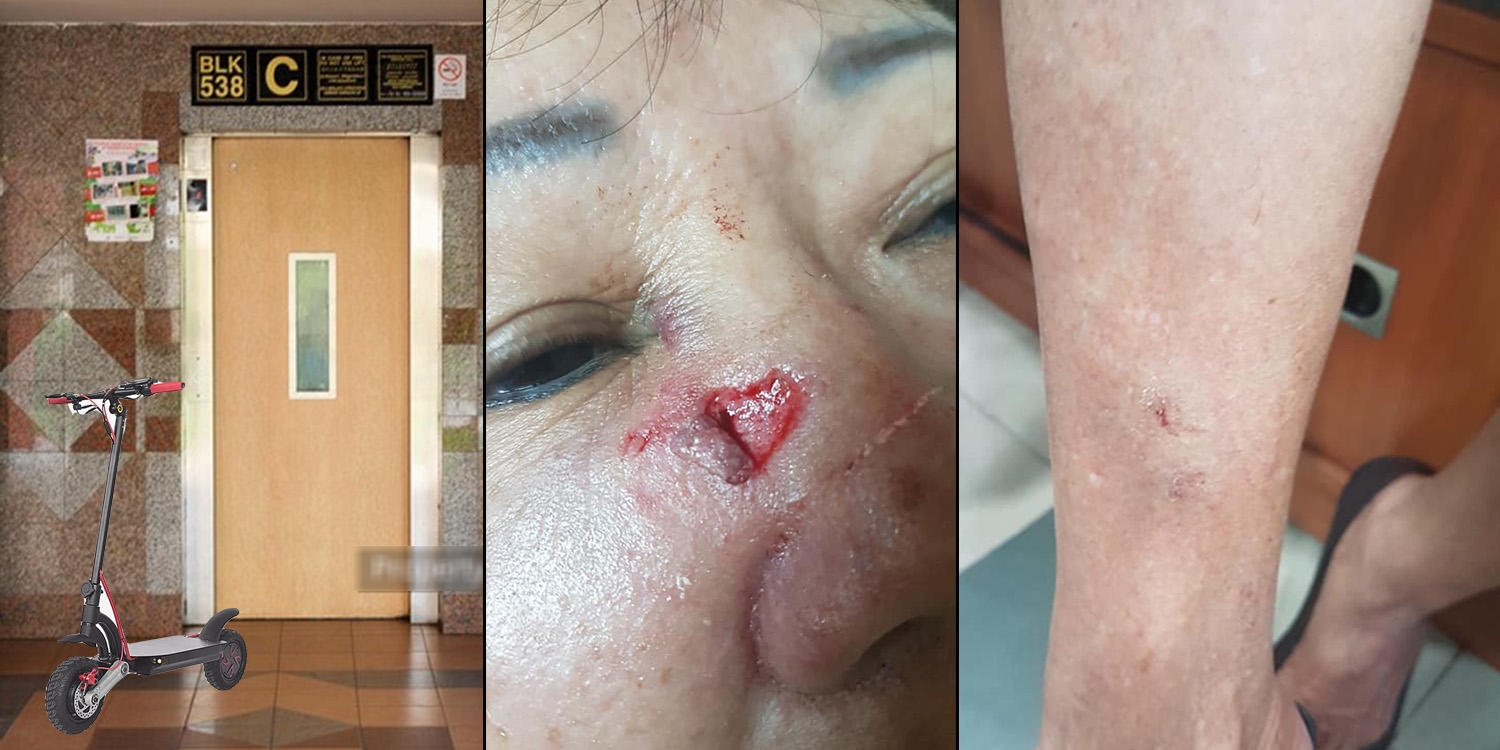 Much has been said about the advent of new regulations regarding e-scooters and other Personal Mobility Devices (PMDs).

But do they mitigate the dangers that recalcitrant drivers pose towards both old and young?

Sharon Sim made a public appeal on Facebook for witnesses to come forward with information about the irresponsible rider who ran into her mother from behind, leaving her with multiple injuries.

Netizens have even taken to sharing Ms Sim’s post on the Singapore Police Force’s timeline, requesting that the authorities “take the lead” and “eradicate this public menace”.

You may view Ms Sim’s post in full below. We’ve provided a summarised account of events after the jump.

Rider didn’t even stop to help

A lift lobby is one of the last places you’d expect to be involved in a serious accident in.

Unfortunately, that’s the fate that befell an elderly woman on Tuesday (17 Apr).

She was on her way to pick up her grandchild when an e-scooter crashed into her from behind.

Both her and rider fell to the ground, but the helmet-clad rider ran off and was last seen riding towards the junction of Ang Mo Kio Avenue 3, where Ang Mo Kio Police Division is located. 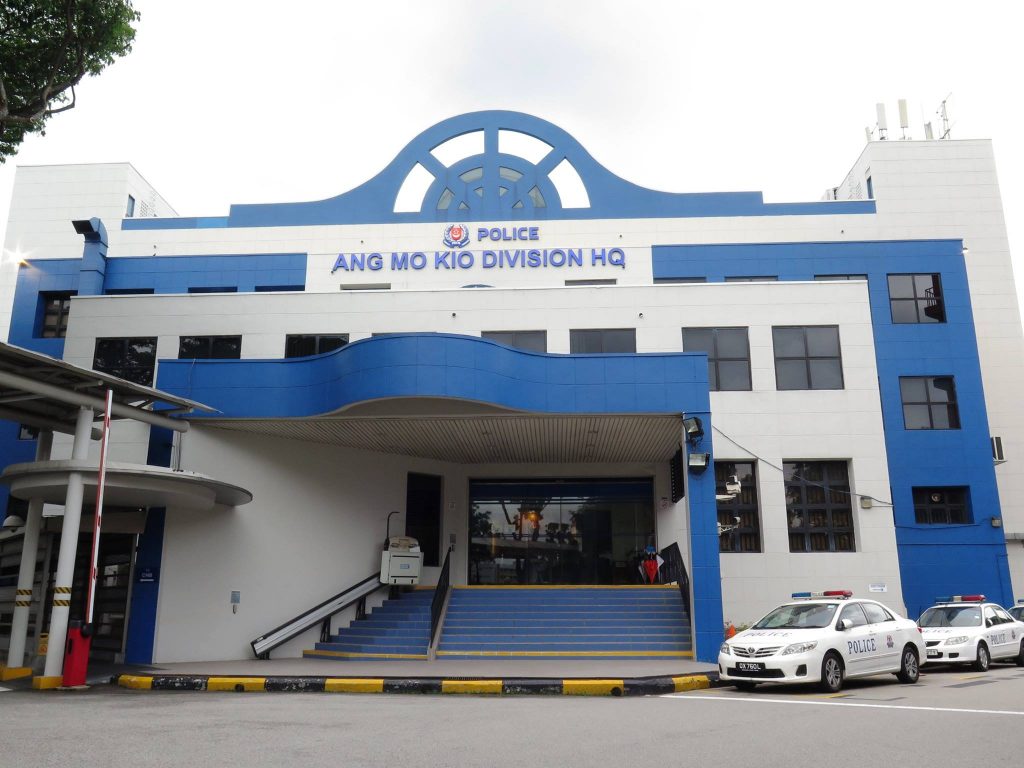 She suffered multiple cuts and bruises on her face, hip, leg and arm.

He made his escape despite his victim holding onto him and an elderly man – Ms Sim’s father – giving chase.

Thankfully, there were a group of ITE students nearby who attended to her by helping her apply plasters.

Even after the harrowing incident, Ms Sim’s mother still wanted to fetch her granddaughter from school, making a police report afterwards.

Can more be done?

According to Ms Sim, her mother’s face has been scarred “permanently and prominently”.

While the first priority should be placed on apprehending the culprit for the hit-and-run, Ms Sim emphasises that not all e-scooter riders are bad.

Calling those who run away with providing neither apology nor aid “true scum”, she feels that current regulations can be expanded on.

In other words, more “comprehensive” guidelines that ensures safety for both rider and pedestrian can help to mitigate the danger posed by the fairly-new transport mode.

Considering the rate of incidents involving e-scooters, they do seem to be sorely needed.

If you saw what happened or know anyone who did, please step forward with your story.

Sharon can be contacted through Direct Message through her Facebook profile.

Alternatively, you can contact the Singapore Police Force’s hotline at 1800 255 0000, if you have more information about this case.