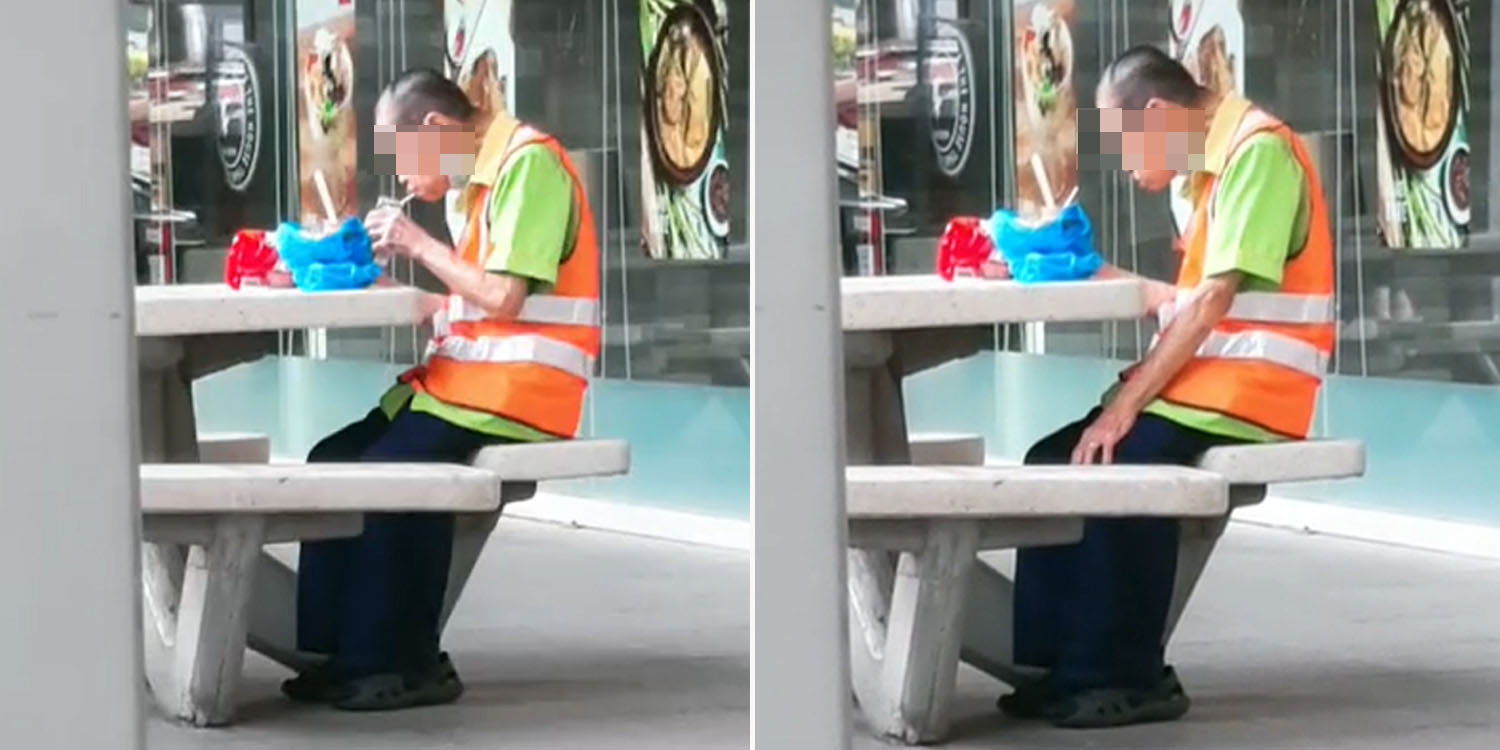 He reminded the woman of her dad as he was also a cleaner.

The sight of elderly workers toiling away for a livelihood is, unfortunately, not uncommon in Singapore. We often see such folks doing physical labour despite their frail frames.

Such was the case in Orchard recently when a woman noticed an elderly worker eating his meal alone and decided to capture the poignant sight on TikTok.

She was overwhelmed with sympathy for his frail stature and treated him to some food and drinks.

The woman also urged everyone else to treat elderly workers with kindness whenever they see them alone in public.

On Saturday (2 Jul), Shafinaz, aka @clumsydaisyxxxz, posted the incident via TikTok.

Speaking to MS News, she said she was having her breakfast outside Far East Plaza when she noticed the elderly worker having a meal in the same area.

Noticing his stooped stature and age as he spread peanut butter on his bread, Shafinaz felt a fair amount of pity. 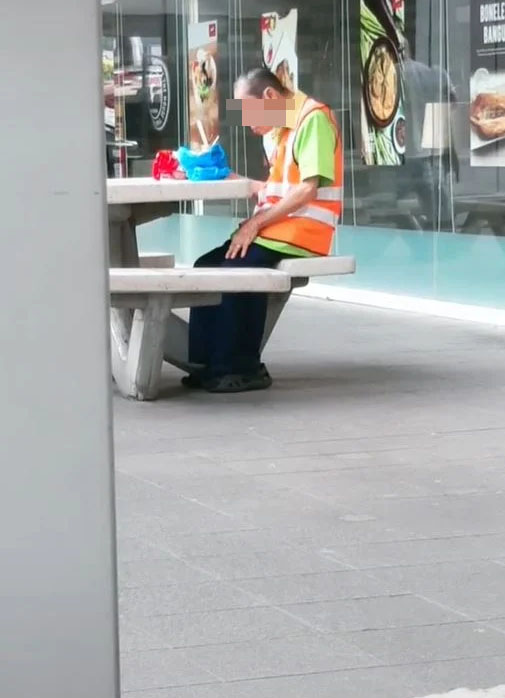 She said he reminded her of her parents.

The longer I looked at him, I just thought of my parents. I felt so emotional because my father is a cleaner too.

Such jobs involve daily labour, the scope of which can be exhausting at times. Realising that her father may one day be the same age as the worker, Shafinaz felt great sympathy for the stranger.

Hopes Singaporeans can be kind to the elderly

Noting the prevalence of an ageing workforce in Singapore, Shafinaz touched on the importance of being compassionate to elderly workers.

Many of them are often not fit enough to be working day and night — yet they do so anyway, to eke out a living for themselves. 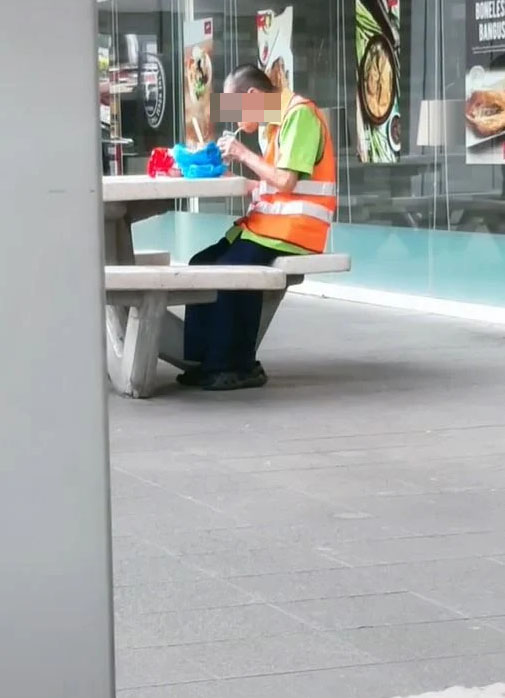 “Indeed, all of us have to work for a living,” Shafinaz told MS News. “I just hope that the least we could do is be nice to them.”

For this reason, Shafinaz bought a few drinks and snacks from a nearby 7-Eleven store for the worker.

Even though it was a small gesture, she hoped it would brighten his day. She also urged other Singaporeans to treat the elderly in our community with similar kindness as well.

Being compassionate toward vulnerable members of society

Whenever we see the elderly of our community in a challenging situation, it is only right to extend them a helping hand.

We thus applaud Ms Shafinaz for her kindness in helping out the elderly worker.

Perhaps, more Singaporeans will soon follow her example and extend their graciousness to the more vulnerable members of our society as well.