This is the new electoral map for your reference.

MustShareNews look at the changes to the Electoral Boundaries and examine how the political parties can take advantage.

In the last General Elections in 2011, Joo Chiat SMC saw a close fight between the Workers’ Party (WP) and the ruling People’s Action Party (PAP).

The dissolution of the Joo Chiat SMC could be a political blessing for the PAP, as they can now prevent the close-call SMC from falling into the hands of the WP.

WP’s Yee Jenn Jong was awarded the NCMP seat in Parliament for his good showing, and had been walking the grounds in Joo Chiat with the intention to contest for the Joo Chiat SMC in the coming GE. Well, not anymore.

In the 2011 General Election, attentions were turned t0 Marine Parade GRC, because of the two female contestants — Tin Pei Ling (left) from the PAP and Nicole Seah (right) from the National Solidarity Party (NSP). 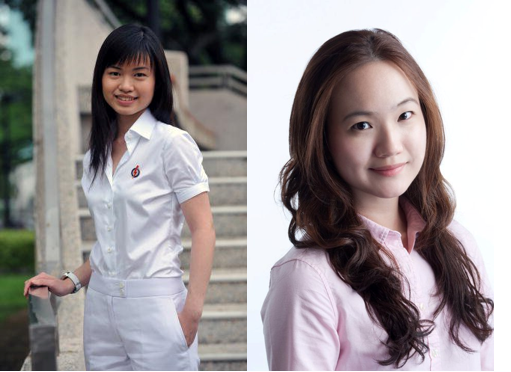 The 2011 GE ended with a PAP victory in Marine Parade and Ms Tin made it to the Parliament despite being an unpopular figure among voters — there’s even a Facebook page titled “Petition to remove Tin Pei Ling as an MP” — who accused her of riding into Parliament on the coattails of Goh Chok Tong and Tan Chuan-Jin.

Tin Pei Ling’s ward in the Marine Parade GRC is incidentally the MacPherson ward, which will stand alone as MacPherson SMC.

The redrawing of the electoral boundaries by the EBRC resulted in Ms Tin’s MacPherson ward to stand as a SMC.

MacPherson SMC may in fact be used as a hedge for the PAP to protect their position and prevent risking 5 seats in the Parliament because of one Ms Tin.

The dissolution of the Moulmein-Kallang GRC is a good news for the PAP, since the finally has the chance to shuffle their political deck after drawing a really bad card.

The bad card drawn is Transport Minister Lui — Minister Lui has been under fire since taking charge of the dismal state of Singapore’s transport system, and his unpopularity finally reached a peak after the Great SMRT breakdown earlier this month (7 July).

With the island filled of disgruntled voters, the condition is set to allow PAP to conveniently reshuffle Minister Lui into another GRC — which may consist of another important Minister — and the dissolution of the entire GRC will prevent backlash from the voters.

The Electoral Boundaries report also reflected on the dissolution of Whampoa SMC in tandem with the creation of Jalan Besar GRC that absorbed Whampoa SMC and parts of the now dissolved Moulmein-Kallang GRC.

The dissolution of Whampoa SMC to join Jalan Besar GRC could very well be a signal from heaven of bigger things to come for MP Heng Chee How, the representative for Whampoa SMC. With the dissolution of the Whampoa SMC, the PAP can definitely consider fielding MP Heng as the leader of the newly created Jalan Besar GRC.

After all, MP Heng is currently a Minister of State and was also a MP for Jalan Besar GRC the last time that it was formed — PAP is unlikely to transfer MP Heng out of the newly created Jalan Besar GRC when he has contributed much to the residents of  Whampoa.

Independent candidate Tan Lam Siong, who had earlier signalled his intention to contest in the Whampoa SMC, must also be feeling hard-done by the Electoral Boundaries report.

Changes were also evident in the East Coast GRC, the Electoral Boundaries report drew Fengshan out to stand alone as a SMC — Fengshan SMC.

The Fengshan ward in East Coast GRC is currently under the jurisdiction of Raymond Lim.

The 56-year-old former Transport Minister is likely to retire and not stand in the coming General Elections. As a result, several things could happen in Fengshan SMC.

The Fengshan SMC seat may be used as a testing ground for the PAP to experiment with potential candidates who has the potential to break out as a star candidate such as Henry Kwek or Amrin Amin.

b. Distraction for the Worker’s Party

The Fengshan SMC miracle could very be well be used by the PAP to distract the Workers’ Party who were surprisingly successful during the 2011 General Election.

The gap with the PAP team and the WP team at the East Coast GRC in the previous GE was a mere 9%, which allowed the WP to earn their 3rd NCMP spot. The NCMP spot is given to the 3 best losers at the General Election, and Gerald Giam was chosen to take up the position.

WP may be distracted, and have to split their East Coast Team with this announcement. WP will also have to decide whether they should field their star candidate, Gerald Giam — who also previously contested in the East Coast GRC in 2011 — at the Fengshan SMC where only 1 seat can be secured, or to field him at the East Coast GRC and risk the possibility of not winning a seat at all.

There you go, that was our preliminary examination on the changes made in the electoral map by the Electoral Boundaries report of the EBRC.

More accurate deductions and examinations will only be possible later on, with more political parties reacting and signaling their intentions and with more information made available to the public. 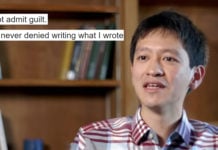