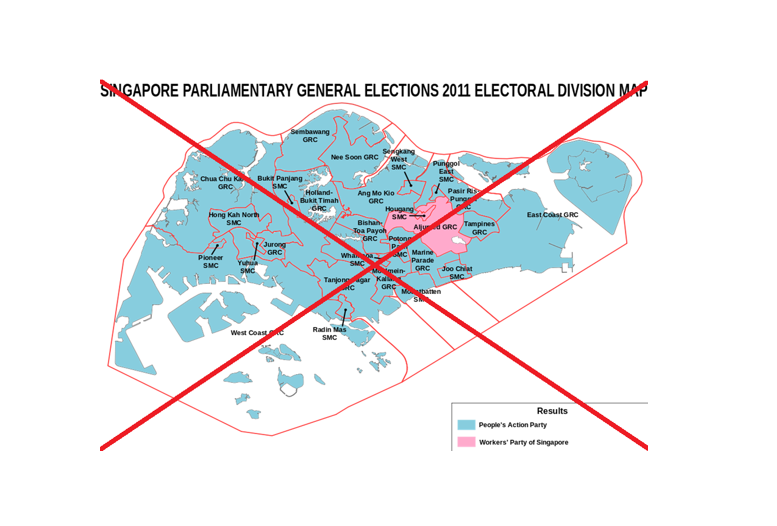 Battle lines are officially drawn for the coming General Election

Just last week (13 July), Prime Minister Lee Hsien Loong had announced in Parliament that the formation of the Electoral Boundaries Review Committee had already took place at his request 2 months ago.

The new map has a number of changes, and we can confidently state that the previous electoral map of 2013 is obsolete.

MustShareNews guides you along the changes.

A brief overview of the Electoral Boundaries report

According to the report, the EBRC have carved up Singapore into 29 electoral divisions, comprising of 13 Single Member Constituencies (SMC) and 16 Group Representation Constituencies (GRC)

There is an increase of 1 additional constituency for both SMCs and GRCs from the previous General Election in 2011.

Three new SMCs were also suggested by the EBRC — they are Bukit Batok SMC, Fengshan SMC and the MacPherson SMC.

All the three SMCs had previously existed before the previous 2011 General Election.

Second, is Whampoa SMC, where MP Heng Chee How easily deposed the National Solidarity Party’s challenge with 66% of the vote.

Now that the Electoral Boundaries report is made public, our dear President Tony Tan can take the initiative to dissolve the current Parliament anytime and the General Election must be held within 3 months.

Looks like the stage is set for a 2015 General Election, all that is left to do is for President Tony Tan to make a move.

With the recommended changes, the total number of elected Members of Parliament (MPs) will be 89, up from the current 87.

Featured Image Via Wikipedia
With references from Channel NewsAsia