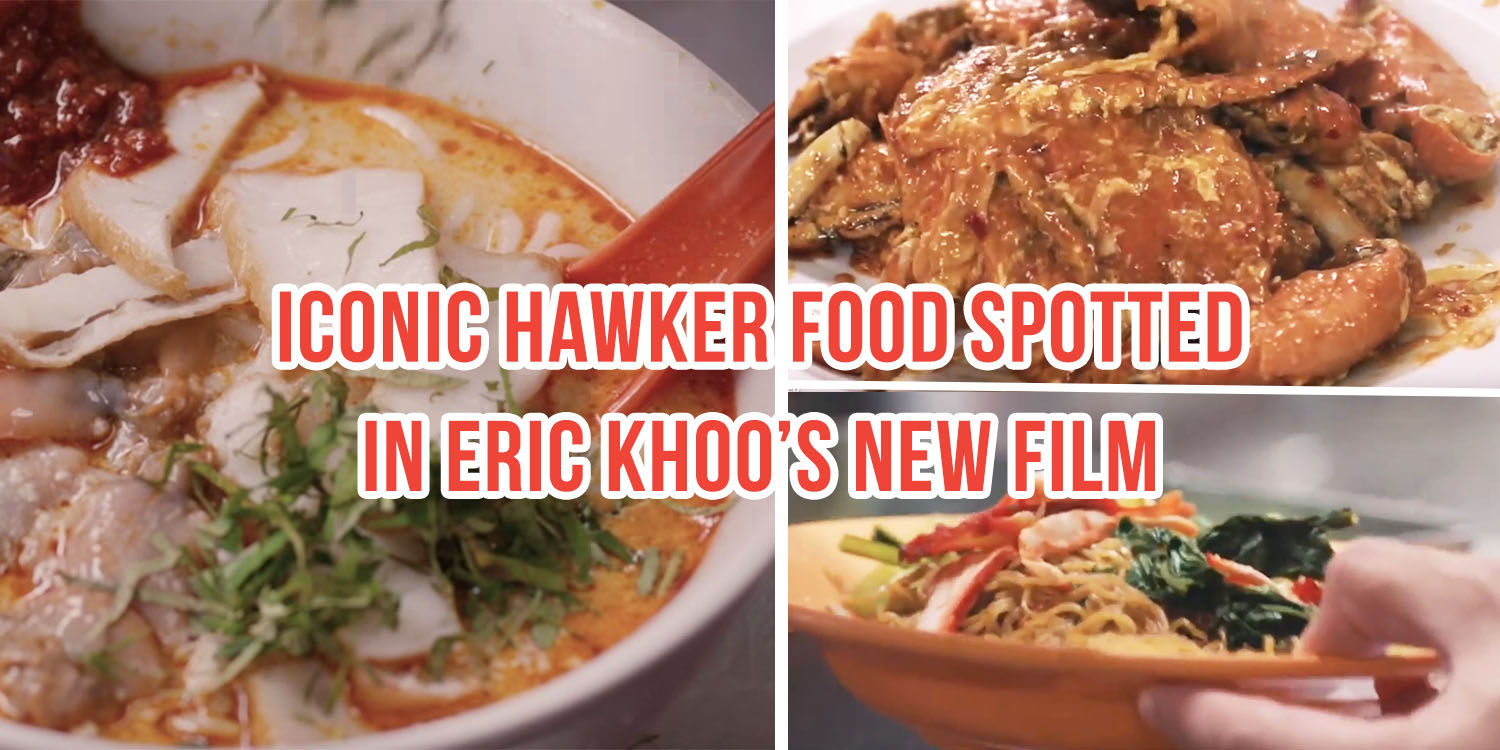 Eric Khoo has done us proud again by the looks of his latest movie trailer, ‘Ramen Teh’ released on Feb 8.

Would you take a look at that.

Who’s up for wanton mee, the laksa or chili crab?

The movie Ramen Teh, directed by Eric Khoo, is more than just these three dishes though.

You can view the full trailer here. We take a closer look at why Singaporeans should be so excited about the film.

What is ‘Ramen Teh’?

Ramen Teh is Eric Khoo’s latest film featuring a young Japanese chef who journeys too Singapore to discover the food scene.

In the process he tracks down long-lost family members in Singapore he never knew about.

As described by this renowned film critic, it is “a tear-stained tale of broken families and healing recipes”.

Hence the name Ramen Teh, word play on Japanese ramen and Singapore’s Bak Kut Teh, a.k.a. pork rib broth.

The movie will hit Singapore screens on 29 March.

Did we mention that Jeanette Aw and Mark Lee are part of the main cast?

Our local artistes have made it to the silver screen. Hurrah!

While most of Singapore hasn’t gotten the chance to watch it, Ramen Teh has already done us proud on the international stage.

The film was screened at the Berlin International Film Festival under the 12th Culinary Cinema.

The segment even got Berlin Master Chef The Duc Ngo – previously crowned Culinary Innovator 2017 – to prepare an Asian menu to complement Ramen Teh.

Eric Khoo is known for his aesthetic depiction of scenes from everyday life.

We’re definitely psyched to see how he’s chosen to portray the preparation and cooking process of Bak Kut Teh in his film.

From the teaser, we found that his depiction of a typical dinner-at-home is pretty realistic too — complete with Chinese New Year wall decorations and mum-style cooking.

Even this Hainanese chicken rice meal setting is a perfect representation of reality.

Kudos to Eric Khoo for putting Singaporean cuisine in the limelight.

I guess you can say his directing style is extremely tasteful.

It’s no piece of cake to get one’s film featured in an international film festival.

We have high hopes for Ramen Teh, which starts screening in local theatres from 29 March onwards.

Be warned, the film probably should not be watched on an empty stomach.

By the way, if you end up craving actual Ramen Teh afterwards, we know of a place just for you.

Ramen Dining Keisuke Tokyo in Suntec City will be serving up Bak Kut Teh Ramen, inspired by the film, until April 30.