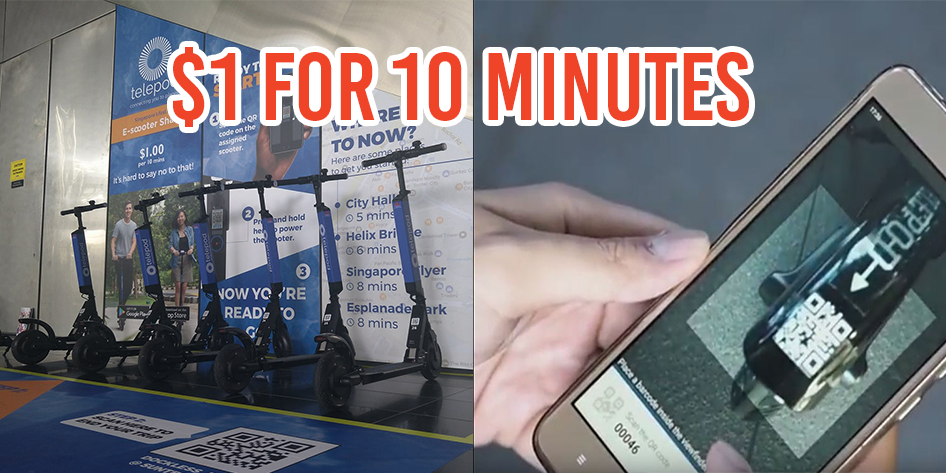 Within the span of 3 months, communal bicycles for rent have gone from being unheard of to being almost ubiquitous in our tiny island, with companies like Obike and OFO offering thousands of bicycles nationwide.

And another competitor has joined the fray — Telepod, a homegrown company, has just released an application on the Google Play Store and the App Store that allows users to rent e-scooters at Suntec City for insanely cheap prices.

Take a look at the promotional video:

Telepod just launched on Monday (June 5), and is currently available for trial at the main entrance of Suntec City’s Convention Centre.

One of the most alluring features of this new scheme is its convenience — as all it takes to get riding is your phone.

You can use the e-scooters for travelling across short distances for leisure or extended periods of time. The scooters can even be rented by companies looking for a creative way to deliver their products. 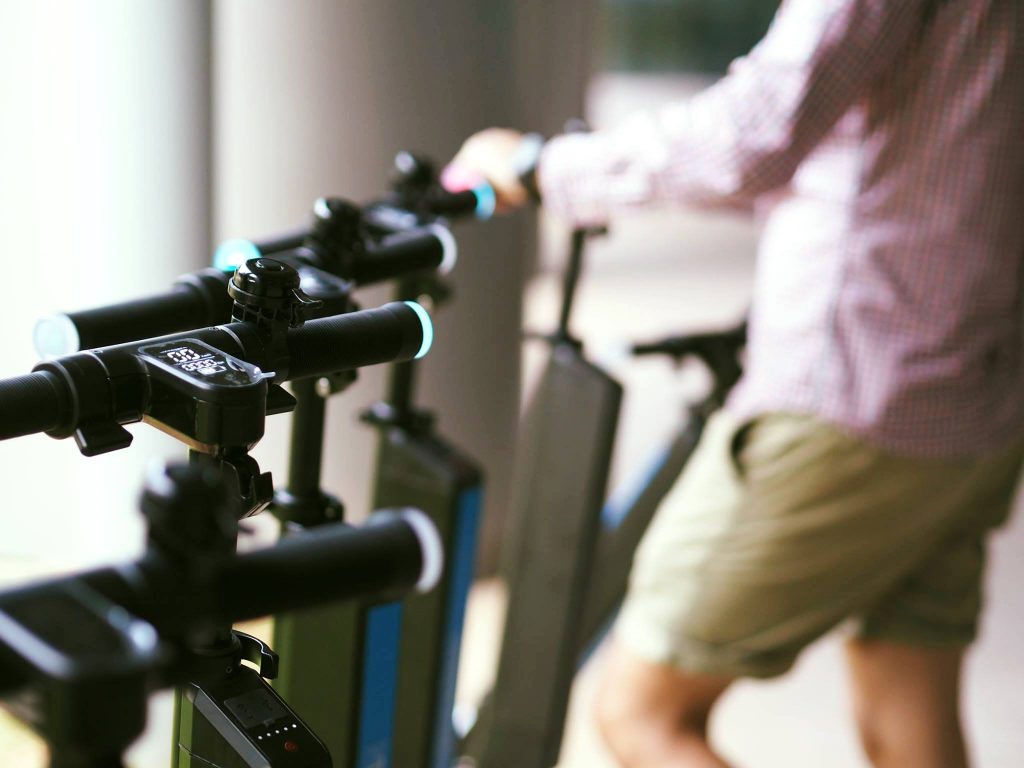 Better still, the prices for using these scooters are extremely cheap, at $1 for 10 minutes of use at Suntec City.

Here are the rental prices for longer periods: 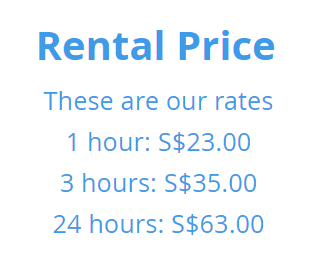 When interviewed by The New Paper, the co-founder of Telepod, Mr Louis Goh, explained that he was aware of the widespread abuse of some shared bicycles — found destroyed, discarded and stolen.

But he said this would be a non-issue for his e-scooters due to its designated pick-up and drop-off zones.

He also revealed that all his scooters have a GPS tracking and alarm system, which allow them to be remotely turned off when the rental period is exceeded. 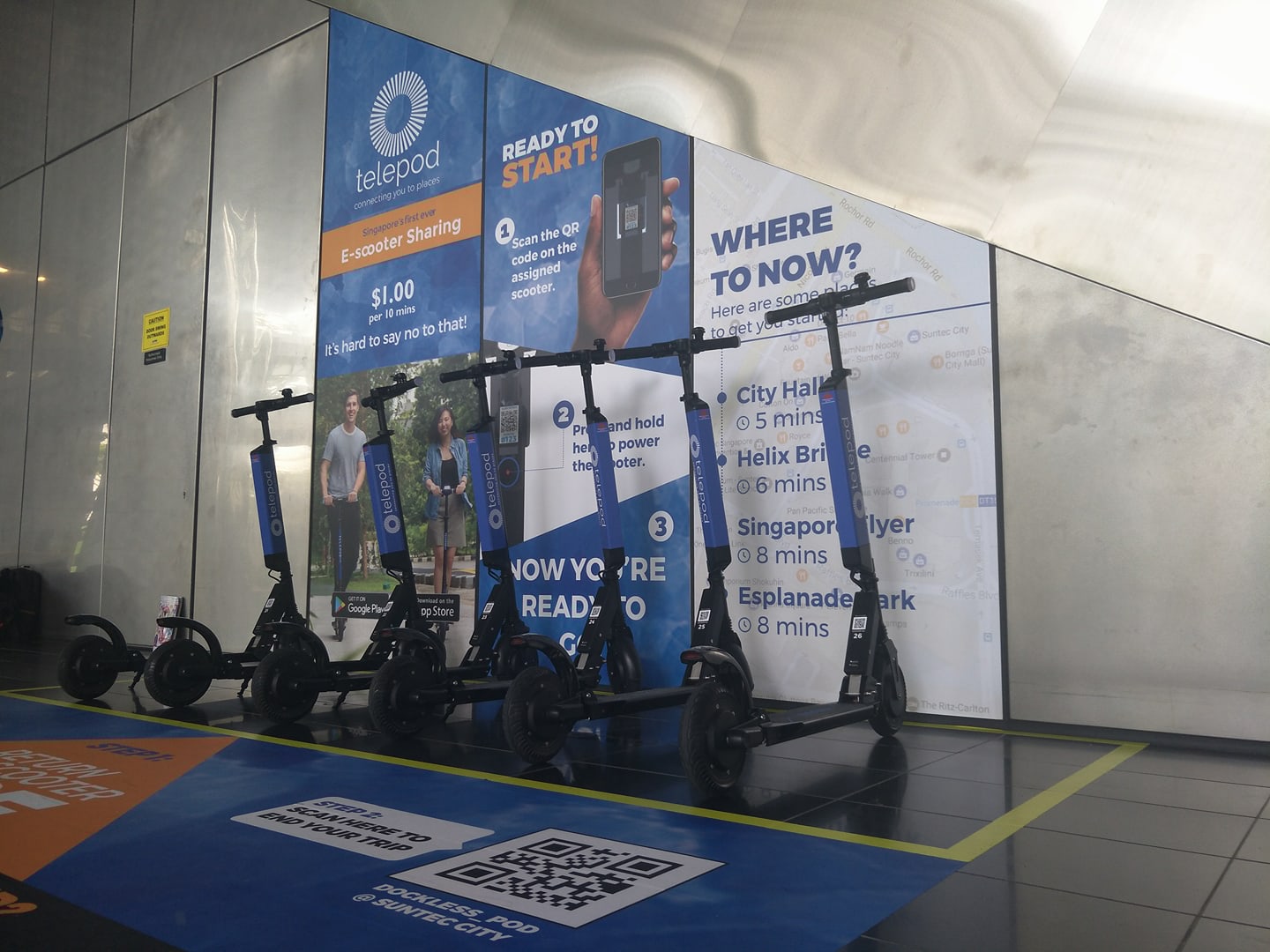 Currently, Telepod is only releasing 10 scooters at its Suntec trial, but plans to widen its arsenal once it expands into the Nanyang Technological University (NTU) campus in July.

There will be multiple docking stations at the NTU campus and it shall allow students and faculty members to commute within the school with ease. 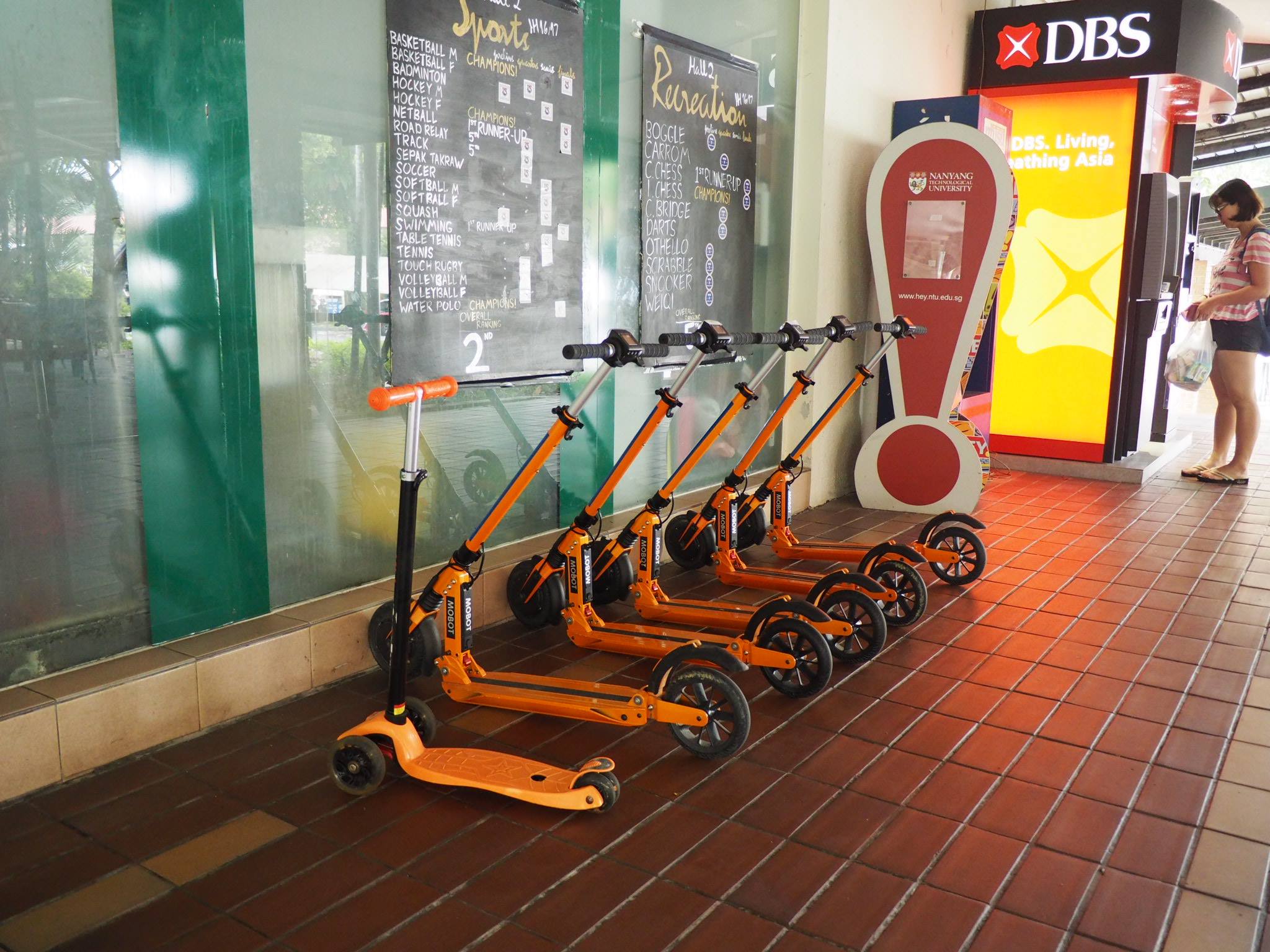 The cherry on top of the cake would be that the initial launch in NTU will see the e-scooters being made available for free.

This programme will be a godsend to NTU students as the in-campus shuttle bus tends to arrive very infrequently during non-peak hours, according to Channel NewsAsia.

Telepod is working with SMRT and NTU to ensure that they have at least 100 scooters by October.

The idea behind the e-scooter system is to provide a back-up means of transport in case of bad traffic conditions and transport failures, explained the Telepod co-founder Gan Jin Ni at the launch of the app.

She grew up in Kuala Lumpur with a poor transportation network that led to massive traffic jams. This inspired her to think of a way to avoid the problem and create Telepod.

The company had a 2-day trial in Woodlands for Republic Polytechnic students last year, and it was extremely well-received, with 202 rentals. 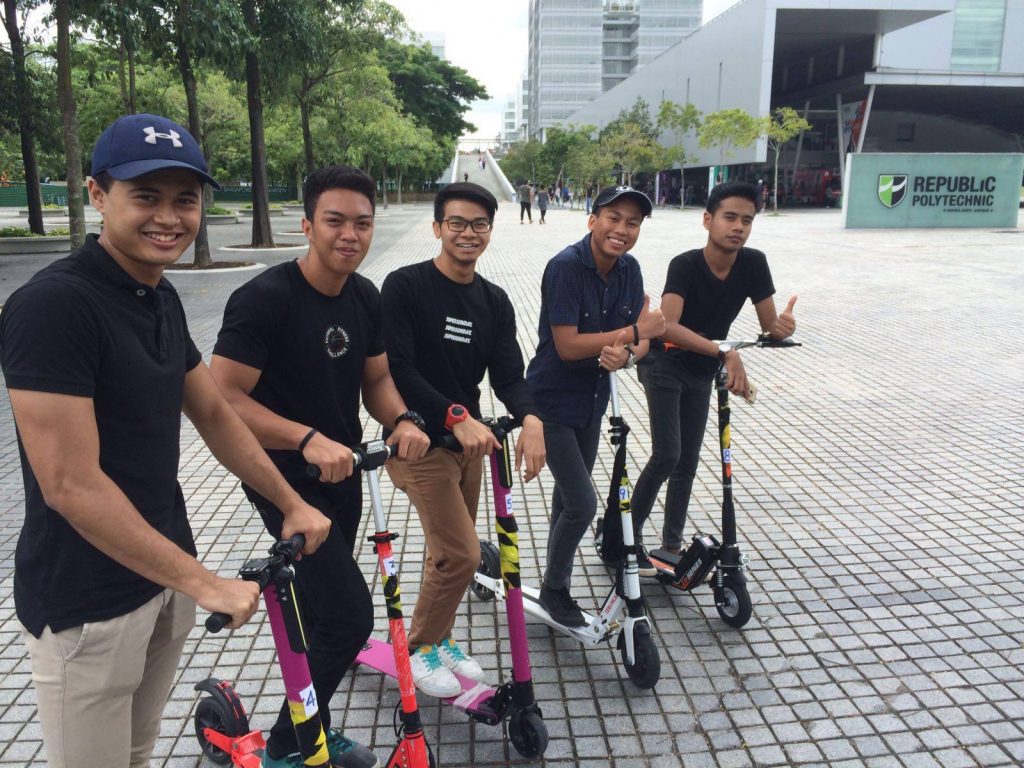 The success spurred them to continue on their quest to provide the public with a cheap, environmentally friendly and convenient alternative method of transport. 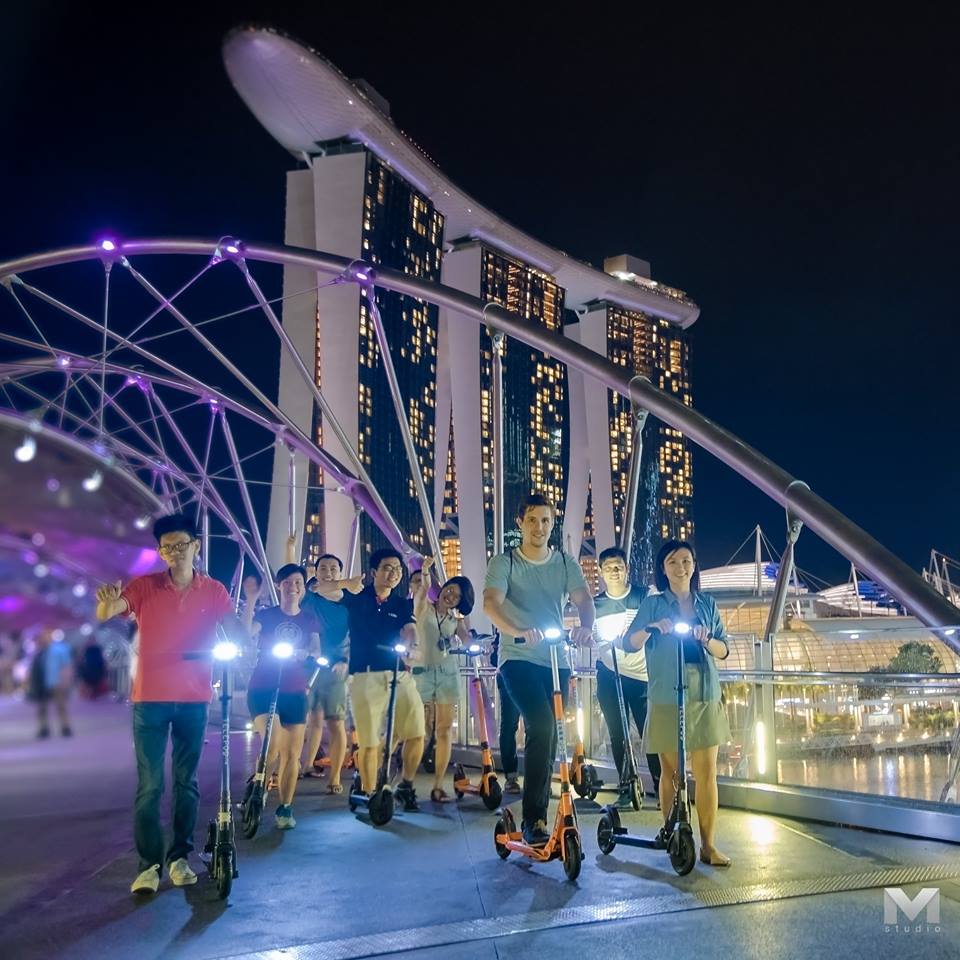 Will It Take Off?

Will Telepod take off and gain as many users as Obike? Only time will tell.

However one thing is for sure, you don’t have to spend hundreds of dollars purchasing an e-scooter anymore, you can just rent one instead and save yourself a fortune.