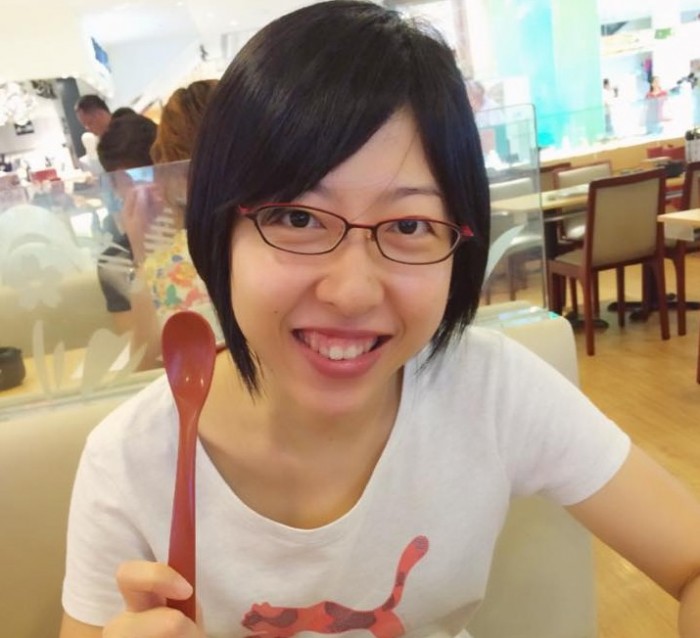 Kids, this is why our parents told us not to be artists.

You won’t make any money, they said. You’ll be begging on the streets, they said.

Well, to dispel such myths, something has to change, and now is a good time as any to realise that artists also have to make money and eat more than air to survive in a world that enjoys art, but isn’t willing to pay for it.

Evangeline Neo, otherwise known as Evacomics, has finally had it with people who do not seem to understand why she has to draw sponsored comics sometimes, resulting in a lengthy rant about what artists actually do daily.

On 12 May, a NTUC-commissioned comic drawn by Evacomics received flak because of its focus on progressive wage. Turns out salary is a bugbear for Singaporeans, leading to some hostile replies about how the comic is unrealistic.

Some people didn’t seem to notice the “U” logo on the bottom right corner, which led to major rage.

You be the judge: 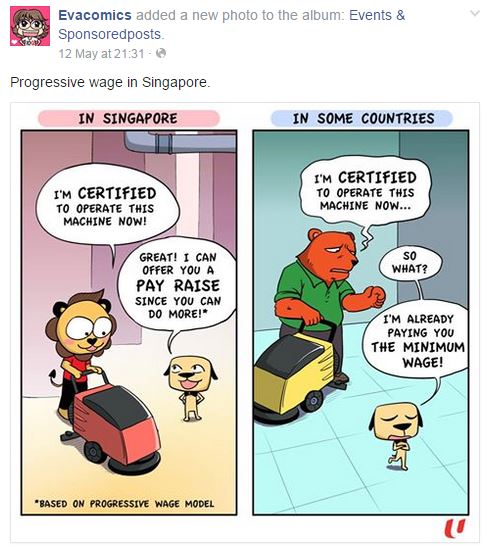 The “U” refers to the NTUC logo on the bottom right of her comic.

Evacomics’ response came in a lengthy post on her blog:

She outlines what she has to do everyday, which for an artist is a lot. No, she doesn’t just sit at home and draw all day because she handles all the nitty-gritty stuff that comes with running a business too.

Meeting clients, doing admin work (the horror!), preparing presentations for the talks she gives, and of course, house chores. The last bit is something artists tend to forget.

Evacomics also mentions several difficulties of doing art in Singapore, in her opinion:

1. Many people are satisfied with just passable artwork as long as it is cheap or FREE

Companies ask for quotations and simply use the cheapest one without regard for its quality.

2. Lack of support for local artists from local major corporations

According to Evacomics, large corporations would rather pay for advertising space than pay to make the actual advertisement more unique. Apparently, foreign characters are preferred to local ones.

She also mentions a P* local book store  who doesn’t place her books on prominent shelves, and favour their Malaysian comic book titles instead.

Maybe a hint of sour grapes here, but that’s her opinion.

3. And so we are stuck with SME clients

They tend to have less marketing budget, which isn’t great from a purely financial standpoint.

4. Invitations to give talks, but they don’t want to pay!

Companies will try to compensate with other stuff like covering transport costs or allowing her to sell her books at the venue…which then results in lugging around said books in luggages on public transport.

5. Market spoiled by newbies and professionals

Apparently, most artists do not know how much their time and work is really worth. Even veterans only charge $100+ for complex illustrations. This, according to Evacomics, harms the industry as clients believe the market rate is low, creating a perception that her fees are overpriced (she increased them after acquiring a fanbase and better portfolio).

She believed that under-quoting rates will make it difficult for other professional artists and themselves to survive in the industry, given all the extra costs that artists have to fork up.

Maybe sponsored posts aren’t the way to go for Evacomics and others of her ilk, because if the artist does not fully believe in what they are drawing, it’s far less likely to be taken seriously.

Companies however, tend to be interested only in seeking the cheapest option, which as far as artists are concerned, will eventually shatter their ricebowls.

As such, it has now become almost customary for artists and musicians to turn to crowdfunding just to be able to continue doing the things they do, seeing as large corporations rarely if ever support them in these endeavours. Evacomics has a Patreon for that purpose.

While fans are perfectly happy to do so, there could still be more support for local artists.

Now that you’ve read about what artists go through on a daily basis, I think it’s time to give artists a break, and yes, that means paying them what they’re worth and not under-cutting them for the sake of scrimping on a few cents. When everything turns into a matter of dollars and cents, even art will lose its meaning in this money-minded world.