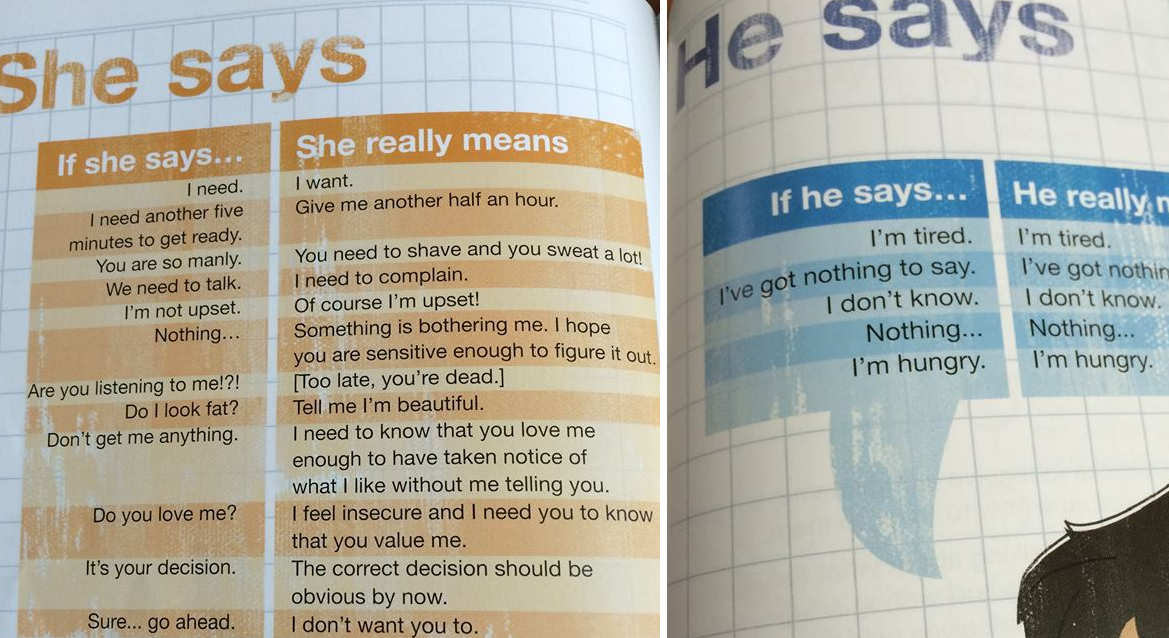 Everything Wrong With Singapore’s Sex Education

LATEST UPDATE: Sex Ed Booklet found to have have plagiarised material from a humour site.

While most of us weren’t aware of how to react to sex education during our troubled teenage years, Agatha Tan certainly did. In this note, which was originally a letter to her school’s principal, she detailed how a sex education workshop didn’t go over well in school. The workshop, called “It’s Uncomplicated”, was conducted by Focus on the Family volunteers, and she begins by debunking their flawed and bigoted ideas in this note. They are:

Here are excerpts of what she wrote to dispel each assumption.

While I do have many concerns with regards to this workshop and its content which I consider to be pressing, the most pressing is perhaps that the workshop and booklet actively serve to promote rape culture in school. On the cover page of the booklet itself, it is written, “no means yes?” and “yes means no?” (See attached photo for reference.) The facilitators from Focus on the Family (FotF) neglected to mention that thinking a girl means “yes” when she says “no” is actually completely wrong. Rather, they spent their four hours with us discussing things such as what a girl “really means” when she says something else, as opposed to guys who are “direct” and “always mean what they say” (see photos of pages 20-21). By telling the student population this, FotF sends a dangerous message: that you should always assume that a girl means something else (like “yes”) when really she just means “no”. 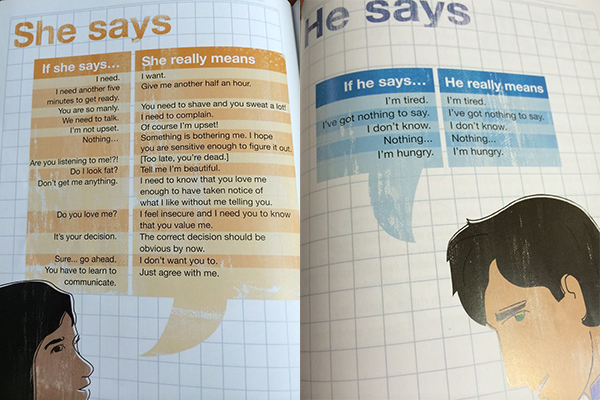 The facilitators’ attitude of “jokingly” (I write this with inverted commas because I personally did not believe they were joking) promoting gender stereotypes, in particular, that girls always mean the opposite of what they say as compared to guys who are all very direct, is also extremely damaging in other ways. By endorsing these stereotypes as a tolerable joke, they effectively tell students that these are acceptable views and that it’s perfectly okay to adopt them. This creates a dangerous situation in which questions like “does she mean yes when she says no?” become valid in the male student population’s eyes. Their joking attitude here only serves to reinforce rape culture, since the guys now come to mistakenly understand that girls always mean the opposite when they say anything, including “no”.

Besides this, something else I found distressing was that the workshop seemed to emphasize and enforce traditional gender roles in a relationship. According to FotF, “gals” –as it is written throughout the booklet –are fragile and need guys’ support, and everything a guy does in the relationship is excusable simply because he is a guy and is wired that way. “Gals”, it writes, “need to be loved”, “can be emotional”, “want security”, “[want] you to listen to her problems”, and “[want] to look attractive”, and validation of each of these can only come from the support of a male (see attached photos of pages 25-26). It paints girls as hopelessly dependent beings who are incapable of surviving without guys. This is an extremely sexist view. It simplifies girls to nothing more than what FotF believes they should be like in their relationship with guys.

[The fact] that “emotional security” and “closeness” are “far more important to [girls] than financial security” is a questionable and even insulting claim, as is the claim that having a guy listen to a girl’s feelings “automatically solves the problem”. This sexist attitude not only trivializes girls’ problems, but also serves as a foundation for the further boosting of the male ego FotF seems so invested in doing.

Guys, on the other hand, are portrayed as guardians who can ultimately do no wrong even when they are evidently doing wrong. “Guys need respect” and “guys are insecure” are just some of the things written in the booklet. “While guys don’t want a girl to pretend to be clueless,” it writes, “they also don’t want a girlfriend that questions their opinions and argues with their decisions all the time”. What this really means is that guys apparently do not want a girl who thinks for herself. I am sure you agree that as a student, being told that I should refrain from having opinions of my own and daring to express them for the sake of keeping a guy’s ego intact is contrary to everything my education has taught me. Similarly, that I should take it upon myself, as a girl, to boost a guy’s ego by showering him with compliments in public because it is my responsibility to do so is equally demeaning.

FotF would have you believe that guys are slaves to their hormones and therefore girls should take their unwanted attention in their stride. When a “scantily-clad” girl walks past, for instance, a guy is sure to take notice because “no man with a pulse could have done otherwise” (page 26). It is precisely this kind of attitude that makes mothers warn their daughters not to wear short skirts and walk along the street alone at night, instead of warning their sons to be decent human beings and keep their eyes to themselves instead of appraising the female form like they own it. Certainly, we live in a male dominated world, and for this reason, guys do tend to get away with more. Yet that they do get away with more does not mean that they should. FotF, however, seems to believe that anything a guy does is excusable just because he is a guy. It is worrying that this is the message being imparted to students who are frequently told that they are they the future of the nation. 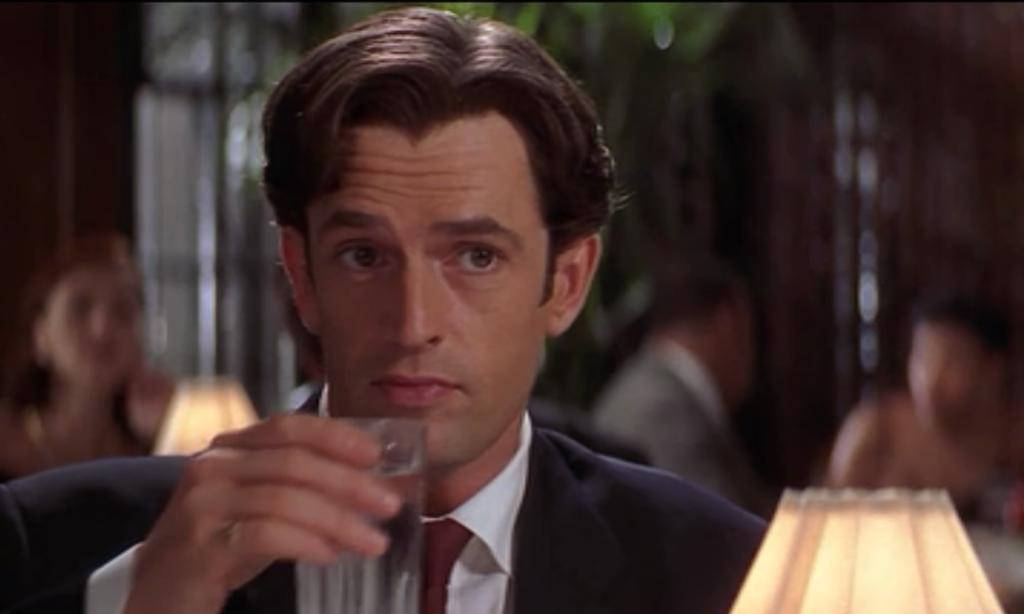 It is especially unfortunate that FotF was in charge of sexuality education in JC. As young adults trying to figure ourselves out, having a known conservative group preach the non-existence or non-importance of individuals it does not approve of is extremely damaging to the self-discovery process because it invalidates our values and choices and ignores diversity in us as human beings. FotF had no problem using a clip with a gay character when it suited their purposes (a scene from My Best Friend’s Wedding), yet was also quick to denounce any relationship outside of the binary heterosexual norm as “unstable” and “unfavourable”. 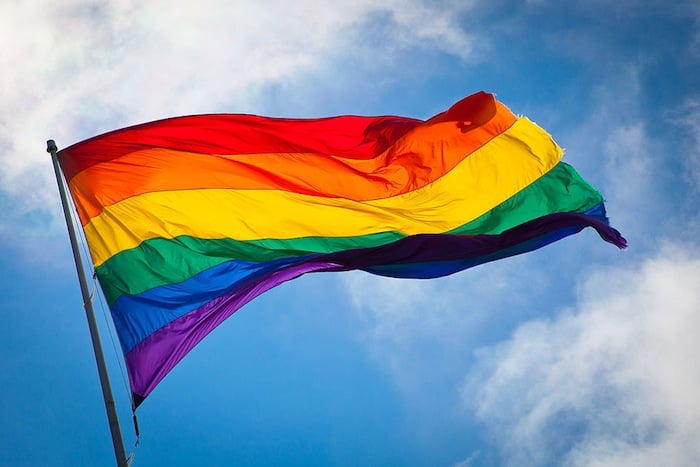 The quickness and ease with which the facilitator dismissed anyone outside of his limited moral framework was a clear display of bigotry and tells students that acceptance is beyond him. For someone questioning their identity, having someone in a position of authority tell them that they simply did not matter if they were not straight is emotionally destructive.

I do not mean to imply that the school management has to take a supportive position in the struggle for LGBTQ rights, though in my opinion this would be ideal. Yet even so the school has a responsibility to the diverse school population; even if the school is unable and unwilling to provide inclusive sexuality education for students, it has a basic responsibility to ensure that it is a place free of bigotry where students can at least feel safe to study in without fear of being persecuted for who they are or are figuring themselves out to be.

Finally. Tan’s dismantling of bigotry is what so many of us have been thinking all along, but were too ashamed and afraid to say. Talking about abstinence and endorsing gender stereotypes are harmful, and do not promote healthy relationships at all—we should all work together to ensure that our future generations are not subjected to narrow-minded views of romantic relationships, and this can only be done with acceptance a willingness to address these issues openly.