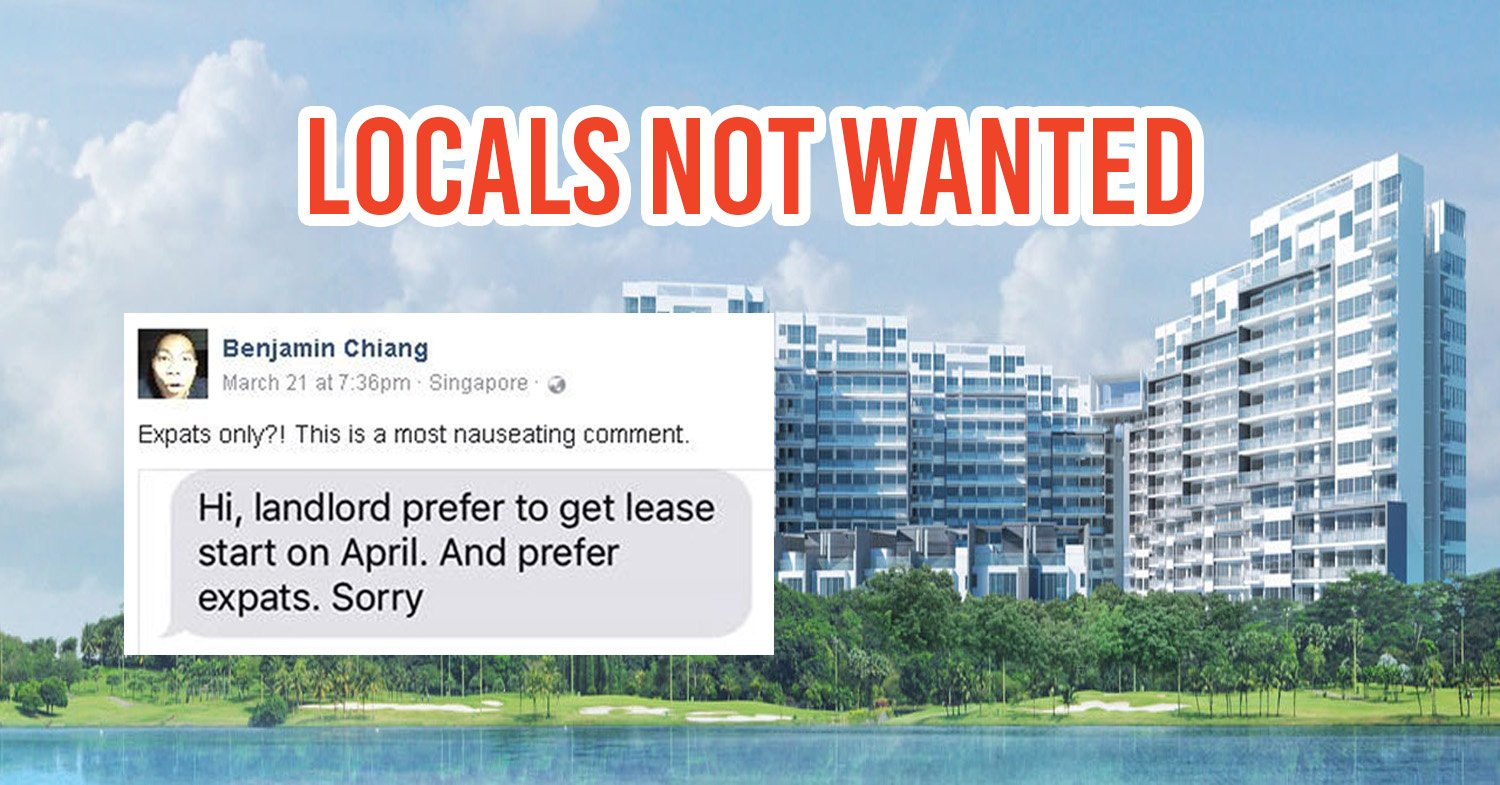 Regardless Of Race, Nationality And Occupation?

Living in a multiracial and religious country, you’d imagine Singaporeans to be understanding and tolerant of people who are different — but this isn’t always the case. Discrimination is very much prevalent in Singapore.

Worse still, there are people who discriminate against Singaporeans in Singapore — and they’re blatant about it, too.

A Singaporean who was scouting for an apartment to rent at Skies Miltonia said that he was turned down by an agent — because he wasn’t an expatriate.

When Facebook user Benjamin Chiang asked about renting a unit at the condo, he was annoyed when the agent quizzed him on his race, nationality and occupation, among other things.

So he did the logical thing: take to social media to air his displeasure. 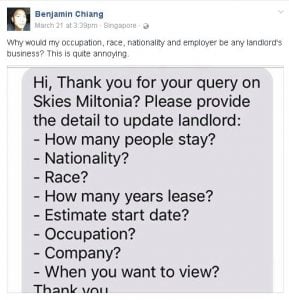 Mr Chiang had questions of his own: Why would the landlord want or need such information from him?

Perhaps the landlord wanted to know his occupation and company to gauge whether the tenant was financially stable and able to pay the rent, as the rental at that condo can’t be cheap.

One person who commented on Mr Chiang’s post echoed that view:

But why on earth would the agent need to ask about race and nationality though? 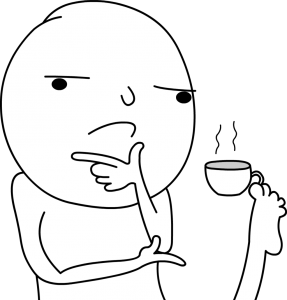 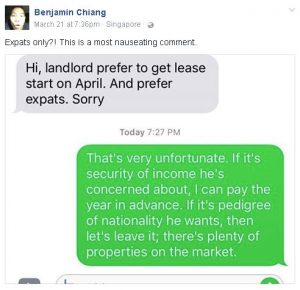 Mr Chiang’s anger boiled over and he subsequently wrote a letter to The Straits Times to tell his story and make people aware that discrimination exists, and is not normal.

“If we don’t speak up, we will one day see restaurants, hotels and shops that that exclude customers based on how they look, saying it’s normal and we should just accept it,” he said.

However, The Straits Times edited his post, prompting Mr Chiang to take to Facebook yet again to air the full letter:

Mr Chiang’s letter highlighted how widespread discrimination is in Singapore, so much so that many are unaware they’re discriminating others nor know that it is unwarranted.

He ended off by suggesting the responsibility to squash discrimination and racism lies with us citizens.

There have been a slew of recent controversies that have shown us that intolerance and discrimination exists in Singapore society.

Some examples are the rows over the gay moment in Beauty and the Beast, racist HighBlood app, autistic Sesame Street character and racist Kiss 92FM remarks.

We should strive to be a more inclusive society where everyone is treated equally, despite differences in race, religion, sexual orientation and disability.