Facebook isn’t just a platform for Khaw Boon Wan memes or for Ho Ching to share things at lightning speed.

Facebook user Mr Tay Sok Siang appears to have been cycling in the area when he came across an accident involving a young cyclist and a car.

To alert the cyclist’s family to his plight, Mr Tay put out this post on Facebook, complete with rather gruesome pictures of the incident: 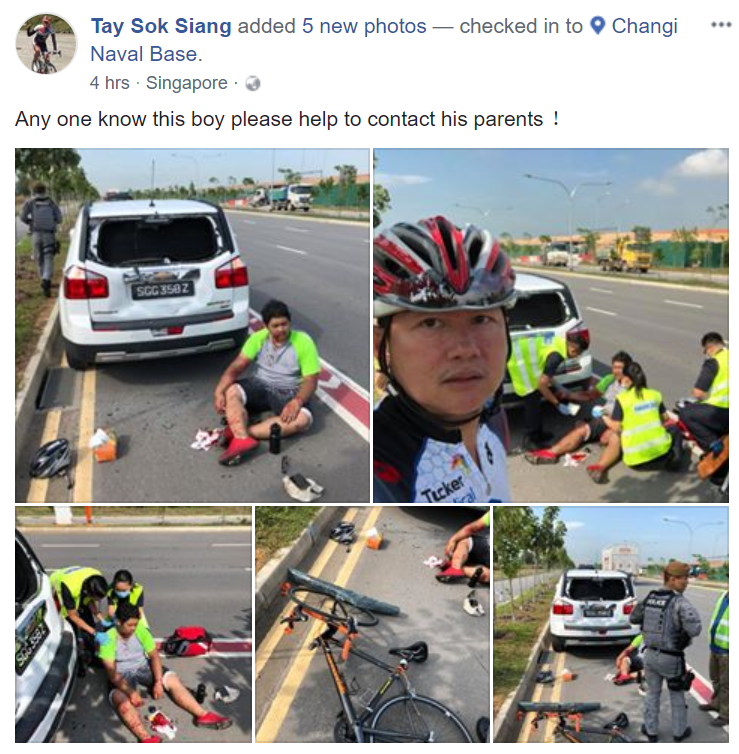 And since everyone and their grandfather is on Facebook, the post eventually reached the cyclist’s father himself.

A certain Mr Ahmad identified himself as the boy’s father and updated concerned netizens that he had reunited with his son at Changi General Hospital (CGH).

So despite its recent troubles, Facebook saved the day today.

Good job, Mr Tay and all those helped by sharing the post!

Here’s how the incident went down

With a little help from Mr Tay, we broke down what happened today.

1 – A boy cycling in Changi East crashes into a vehicle.

2 – Police and paramedics appeared at the scene. 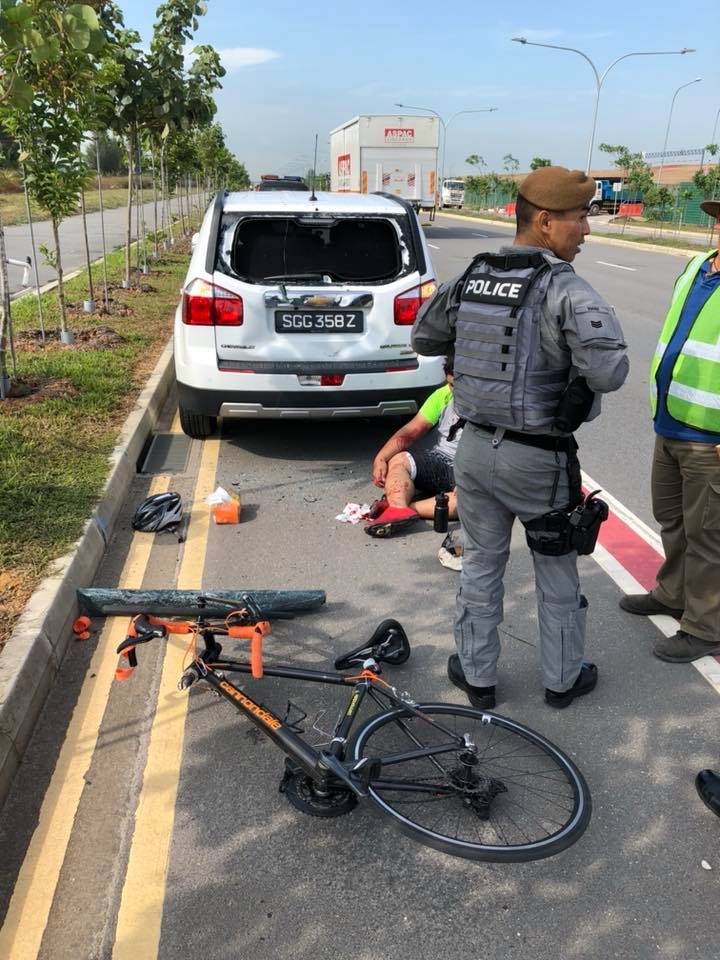 3 – Mr Tay comes across the accident and posts pictures of it on Facebook. 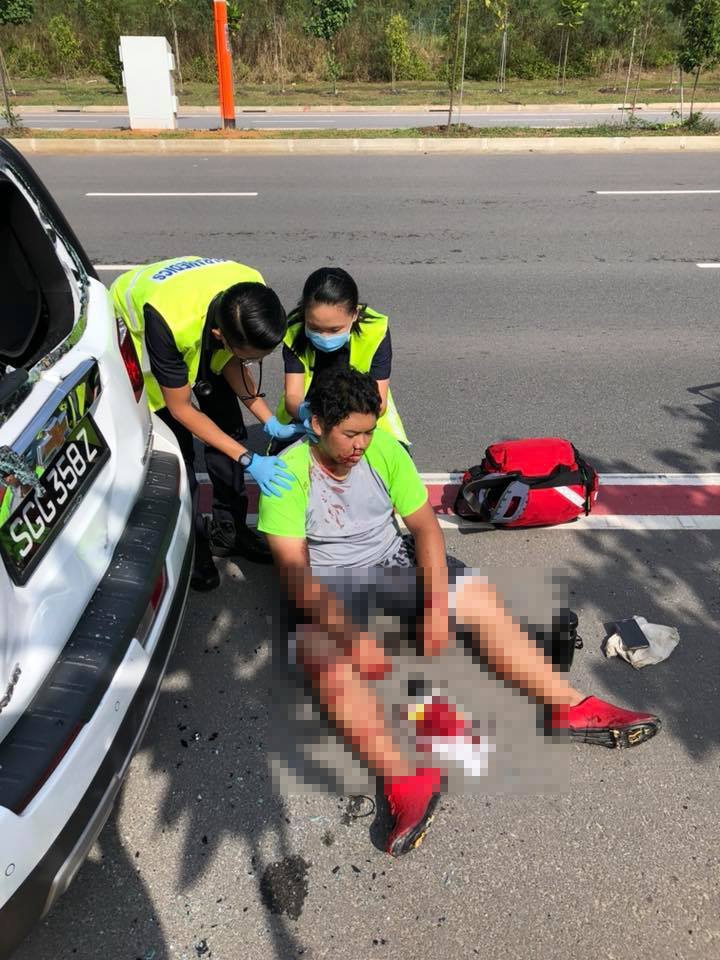 4 – The post gains traction as people start sharing it to alert a family member to the boy’s plight.

5 – The injured boy’s father realises what happened after seeing it on Facebook. After visiting his son, he thanks the Facebook comments thread for their swift response.

Yes, Singapore has joined the ranks of global cities like London by having an on-road cycling lane.

Well, not islandwide at least. The accident took place at an on-road cycling lane along Tanah Merah Coast Road.

The bicycle and vehicular lanes are clearly separated by a bright red chevron marking. We can’t be sure if the vehicle was actually parked on the bicycle lane or if the rider was cycling on the designated lane.

Either way, today’s incident is a reminder to keep your eyes peeled while on the road!

So whether you’re driving a car or riding a bike, don’t take safety for granted.

And kudos to Mr Tay Sok Siang for thinking fast and spreading the word!

Here’s wishing a speedy recovery to the victim. From MustShareNews… and everyone on the Facebook thread.