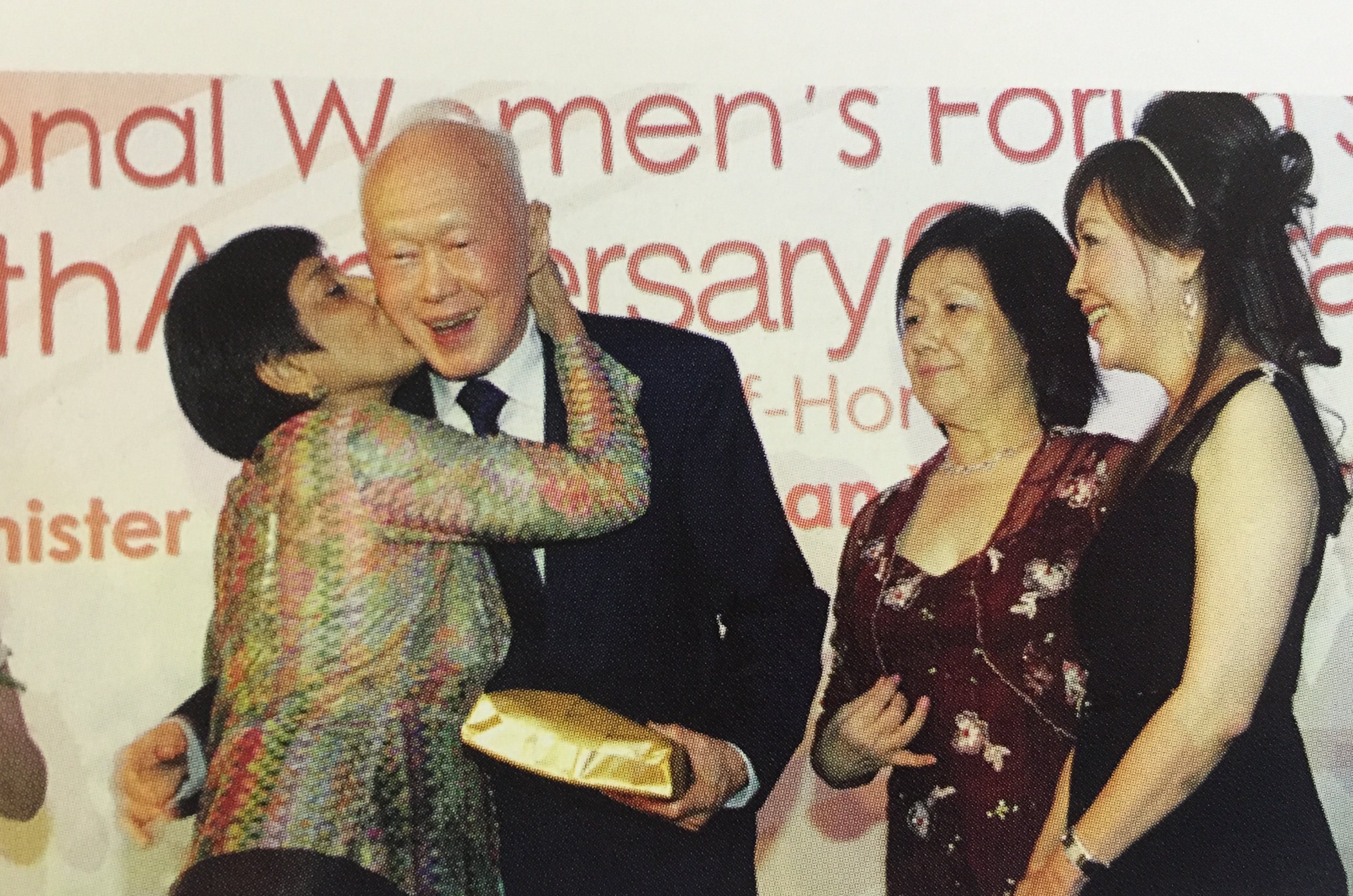 Bet the young Lee Kuan Yew was your eye candy

Years of toiling for the nation had weakened our founding father from a suave young man to a frail fighter. He spent the best years of his life striving towards a better Singapore, building a better future for us. It’s evident how politics and governing Singapore had taken a toll on him, leaving age marks written on his face. Here are 20 faces of Mr. Lee Kuan Yew, starting from when he was a child: 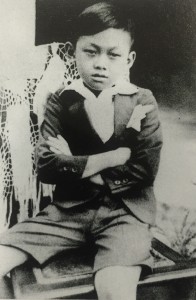 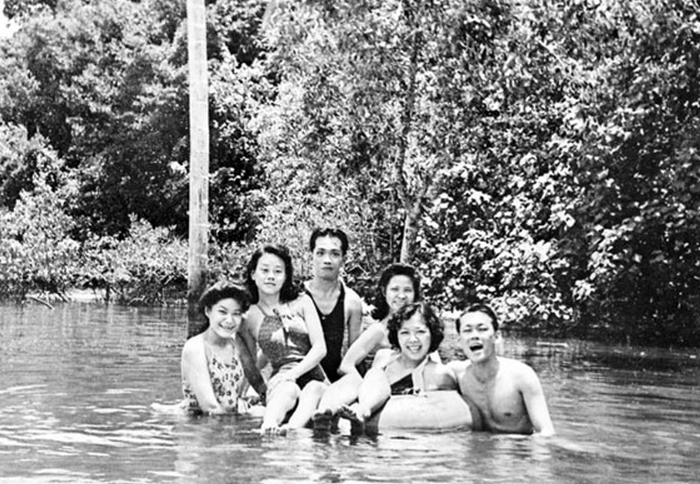 Mr. Lee with Mdm. Kwa (second from right) and their friends at Punggol River for a swim. We can’t help but wonder if he had a six pack. This photo was taken in the winter during 1946, when Mr. Lee was a student at Fitzwilliam College in Cambridge. Donned in a coat and a scarf around his neck, he’s the epitome of every girl’s Prince Charming. Before heading to Cambridge, Mr. Lee got his cousin, Harold Liem to take two photos of him and his then-girlfriend, Kwa Geok Choo, so he could display them in his room. A bespectacled Mr. Lee, with his wind-blown hair, looked every part the nerd – albeit a cute one. 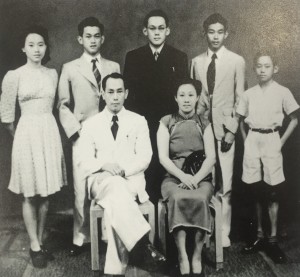 Prior to setting sail for England, Mr. Lee was smartly dressed in black for a family portrait. His parents, Lee Chin Koon and Chua Jim Neo are seated in front. The second row, from left to right, are Monica, Dennis, Mr. Lee, Freddy and Suan Yew.

Maybe the producers of Man In Black the movie came across this photo and got inspired. Just check this out: 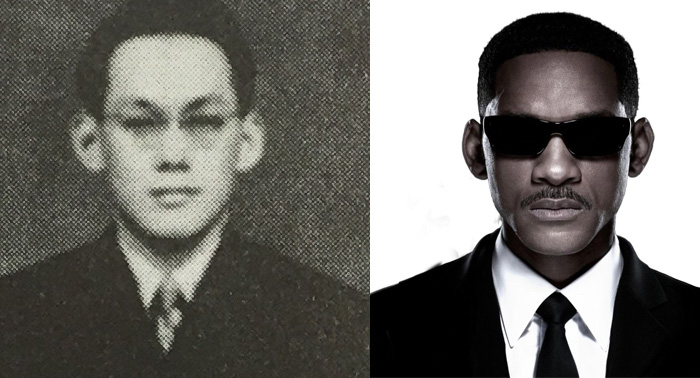 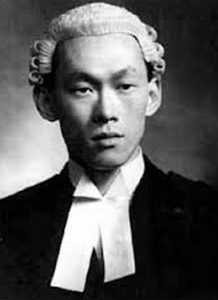 After winning his first murder trial, Mr. Lee was convinced that the jury system would fail in Singapore. He said “I went home feeling quite sick, because I had discharged my duty as required of me, but I knew I had done wrong.”. 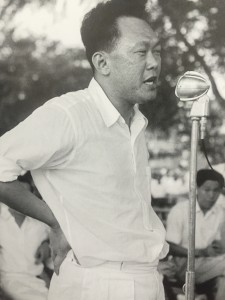 The above depicts a 32-year-old Mr. Lee addressing a crowd at a 1955 PAP rally calling for independence. 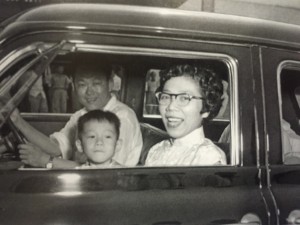 Mr. Lee rallying the crowd before the Tunku makes his trip to London for a meeting with British ministers about Malaysia. When Singapore was expelled from Malaysia in 1965, Mr. Lee could not help but shed tears –  a touching moment in history captured on national television. He believed the merger with Malaysia played a pivotal role in the survival of Singapore.

Nonetheless, the political stress he felt back then paled in comparison to the stress he felt during a dark period when his beloved wife, Mdm. Kwa, was dealt a second stroke. 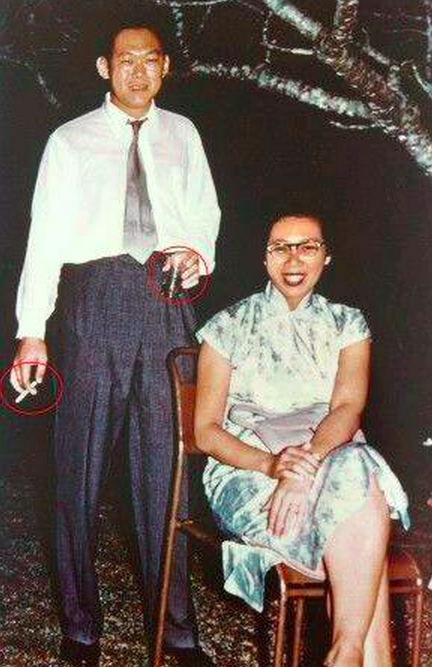 Who knew Mr. Lee had a wild side? He sure knew how to unwind, with a cigarette in one hand and a beer in the other. However, he eventually gave up drinking and smoking. 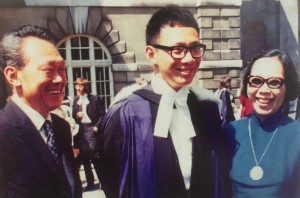 Mr. Lee and Mdm. Kwa at PM Lee’s convocation at Cambridge University in 1974. Check out Mr. Lee beaming with pride! 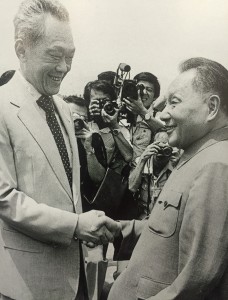 A smart-looking Mr. Lee pictured in a handshake with China’s then senior vice-premier, Deng Xiaoping, on his unofficial visit to Singapore. 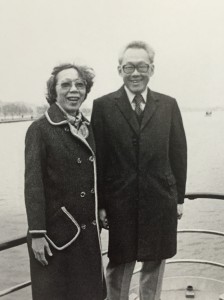 The spectacles make another appearance here, but in a thicker, black frame – a prevalent trend even till today!

Looks like Mr. Lee was already in sync with this trend way back in 1980, while at Hangzhou, West Lake, with his wife. 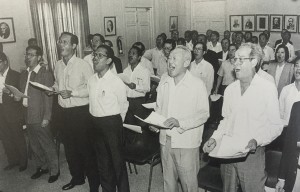 Mr. Lee with the Ministers and Members of Parliament at a singing rehearsal. We award Mr. Lee the title of “Most enthusiastic singer of the Parliament House”. 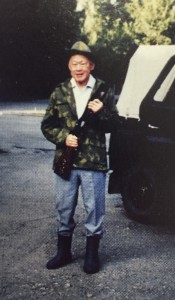 Mr. Lee, all geared up for a hunting trip – a prelude to Ah Boys To Men the movie. Steady lah! 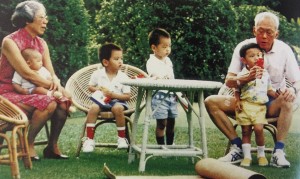 Mr. Lee and Mdm. Kwa with their grandchildren, Haoyi, Shengwu, Huanwu and Hongyi (from left to right). 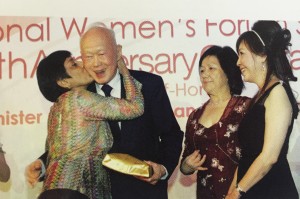 Looks like 84-year-old Mr. Lee hadn’t lost his charm – founder of the Women’s Initiative for Ageing Successfully (Wings), Dr Kanwaljit Soin planted a surprise kiss on Mr. Lee at a dinner marking Singapore International Women’s Forum’s 10th anniversary. We bet the other two women were dying to give Mr. Lee a kiss too.

20. The founding father of modern Singapore Last year, a photo of Mr. Lee with Brunei’s Sultan Hassanal Bolkiah was circulated online and sparked concern over the thin Mr. Lee.

Who is Lee Kuan Yew?

Through the 20 photos taken from different phases in his life, we see the many faces of Mr. Lee – the nerd, the young barrister, the grandfather; snippets of his life that unearths the personal side of Mr. Lee. Mr. Lee might be Asia’s most respected statesmen, but there is so much more to the man than just as a politician or a leader.

Talk to us! Send in your story suggestions or comments to hello@mustsharenews.