Must Share News – Independent News For Singaporeans
Home News The Fall Of Singapore: A Day-By-Day Recount Of Singapore’s Surrender

Every year on 15 February, a siren rings out loud across the little red dot, a reminder of Singapore’s fall to the Japanese in 1942. The signal also marks Total Defence Day, and serves as a sobering reminder that Singaporeans are responsible for the defence of Singapore.

Most Singaporeans remember Total Defence Day as the one day in school every year that nothing would get done. Once the siren would go off, we’d do as practiced–  shut off the lights, get under the desks and keep quiet.

Although many remember the siren ringing out at 12.05pm on Total Defence Day, it was changed to 6.20pm in 2015, to mark the exact time of Britain’s surrender to the Japanese.

The Public Warning System Siren that goes off at 6.20pm every year
Source

All the stalls in the canteen would be closed, and water and sweet potatoes would be the only food handed out during recess. Some schools even handed out ration cards.

These activities weren’t just your teachers trying to make you miserable. Instead, we were made to do these things in school to remind us of the consequences of the Japanese invasion.

Decades on, we take a look at a day-to-day recount of how Singapore surrendered to Imperial Japan, in what’s known as Britain’s greatest military defeat in modern history.

1:15am: Governor of the Straits Settlements,  Sir Shenton Thomas is informed of an imminent landing by the Japanese. Operation Collar and Trousers is put in motion to arrest any Japanese in Malaya and their sympathisers.

2:30am: Sir Thomas attends a meeting at the Singapore Naval Base to plan their next move.

3:330am: Fighter Control Operations Room is alerted than an aircraft is approaching Singapore from the northeast. Singapore’s army, air force, and navy forces are put on standby. At the time of the alert, the aircraft is 225km away from Singapore. Victim of an air raid
Source

4:15am: Sirens warn people about the air raids. Civilians run out into the streets instead of towards shelter, thinking it’s just another air raid exercise. A search begins to find the officer with the switch keys to turn the city lights off during the air raid. He is at the cinema, and cannot be located.

4:40am: More locations are struck, including Chinatown, Raffles Place, and Keppel Harbour. 61 people die and 133 are injured.

Evening: Britain maintained its strength in Singapore thanks to their strong naval presence. The HMS (Her Majesty’s Ship) Prince of Wales is one of the most advanced battleships at the time, and the Repulse is a seasoned cruiser, having gone through World War I.

Admiral Tom Phillips sails from Singapore on the HMS Prince of Wales to launch a surprise attack on Japanese ships in the Gulf of Siam. The fleet was unaccompanied by any fighter aircrafts.

Time unknown: HMS Prince of Wales is spotted by an enemy aircraft and loses its element of surprise. Admiral Phillips makes the call to return to Singapore.

Time unknown: Admiral Palliser sends Phillips a signal alerting him of an enemy landing off the coast of Kuatan. Phillips changes courses to check out the situation.

6:00am: Approximately 60 miles east-north-east of Kuantan, there is confirmation that the enemy landing in Kuantan is false, in an ambush by the Japanese.

11:00am-12:00pm: HMS Prince of Wales and Repulse are attacked by high-level and torpedo bombers, in a formation of nine. 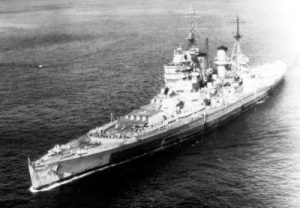 The HSM Prince of Wales
Source

2:50pm: The ship capsizes. With the sinking of battleship Prince of Wales and cruiser Repulse, Singapore is essentially reduced to a land base.

With this victory, the Japanese successfully gain control of the sea and air during the Malayan Campaign.

Interesting fact: The HSM Prince of Wales was actually known as the “HSM Unsinkable” due to its advanced protective armour for the time.

Time unknown: The Japanese move forward with their Malayan Campaign, which is seen as an unavoidable measure that has to be taken in order to conquer Singapore. The Japanese capture the state of Selangor including the capital, Kuala Lumpur.

Time unknown: Allied engineers blow a 70-foot wide hole into the Causeway bridge, in a desperate attempt to prevent the Japanese from advancing on to Singapore.

Time unknown: The last of the Allies flee to Singapore.

Within 55 days, the Malayan Campaign has succeeded, leading the Japanese to focus their attention on Singapore. 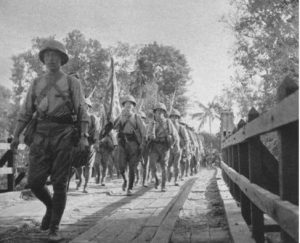 Percival believes that the Japanese are going to invade Singapore via the east of the Causeway, and places his strongest troops there. 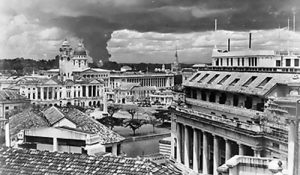 Time unknown: The Japanese Imperial Guard repair the damaged Causeway, and cross to Singapore through Kranji.

The line ends up being another failure for the Allied by 10 February, due to miscommunication in orders, causing troops to be spread too thinly across a wide area. 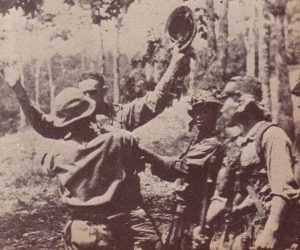 Bukit Chandu constitutes the British troop’s final line of defence against the Japanese. Without this win, Singapore is completely at the mercy of the Japanese troops.

Time unknown:  Japanese troops attack Pasir Panjang Ridge, as it provides passage to Alexandra, where there is a hospital, as well as British ammunition and supply depots.

Evening: The Malay Regiment, made up of Lieutenant Adnan bin Saidi and 42 other men, retreat to the top of Bukit Chandu and build a sandbag wall to hold off the Japanese. 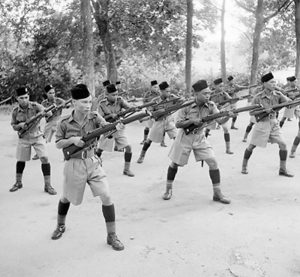 Men from the Malay Regiment practicing in 1941
Source

Morning: Alexandra Military Hospital has been under heavy Japanese shelling from the morning of 14 Feb.

Afternoon:  Lieutenant Adnan, platoon commander of the 1st Battalion, notices something is amiss. He realises that Japanese troops have disguised themselves as British Indian soldiers, advancing on Bukit Chandu.

Sadly, the battle of Bukit Chandu is quickly lost, and with Lieutenant Adnan and his men refusing to surrender. They are later hung and stabbed to death. 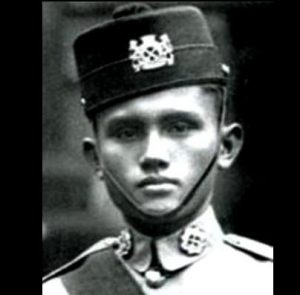 Evening: After seizing Bukit Chandu,  Japanese troops advance towards Alexandra Military Hospital, where a British officer walks out to meet them, dressed with a Red Cross arm band.

The Red Cross arm band is a symbol meant to protect military medical personnel. However, the Japanese soldier disregards this and shoots at him.

200 men are rounded up, and forced inside a small room with no ventilation or supplies until the morning of the 15th.

Morning: By morning light, the Japanese execute and bayonet 260 people from Alexandra Hospital, many of them wounded Allied soldiers.

Singapore’s water supply is only enough to last 24 hours, due to damages in the water pipes. Rations are also depleting, with only three days’ worth left.

The Allied forces have no choice but to surrender. 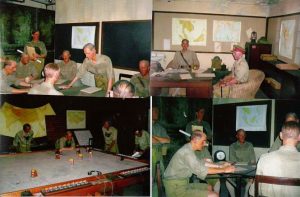 Morning: The number of casualties from enemy bombings is increasing faster than they can be cleared. At a meeting with his commanders at Fort Canning Bunker, Lt. Gen. Percival realises there is no alternative to surrendering to the Japanese. 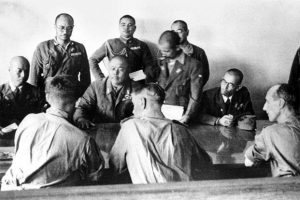 We’ve talked about the major battles that resulted in the fall of Singapore, but not many know about the specifics.

Total Defence Day should not be taken lightly, but the true meaning behind it should be appreciated. Total defence ensures that all aspects of Singapore are mobilised to defend the country, should the need ever arise.

Singapore has taken many steps forward since its fall, but 15 February 1942 should never be forgotten. After all, Singapore fell in just 7 days, despite being thought of as a fortress and a major military base.

Let us not forget a moment of silence for the Singaporeans and Allied troops lost during their defence against the Japanese.

Featured images by WW2DB and WW2incolour.